A US government watchdog has offered a worrying assessment of security progress in Afghanistan. Security forces are struggling against insurgency and the government is losing control over more territory. 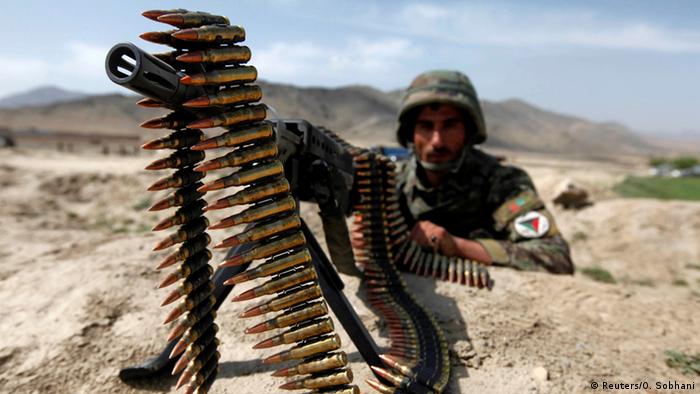 The Afghan government has lost territory to Taliban insurgents and security forces have suffered from rising casualties and attrition, while widespread corruption continues to undermine reconstruction, a US government watchdog said on Wednesday.

The 269-page quarterly report released by the US Special Inspector General for Afghan Reconstruction's (SIGAR) noted the $117 billion (108 billion euros) Washington has invested in reconstruction in Afghanistan since 2002 has led to "tenuous and incomplete" gains that risk failing if security and corruption are not addressed.

Nearly half of US reconstruction funds have gone to the Afghan army and police, which - since taking over security from international forces in 2015 - have steadily lost territory to Taliban insurgents.

The government controlled or influenced only 57.2 percent of Afghanistan's 407 districts as of mid-November, a 6.2-percent decrease from August and a 15-point decrease since November 2015, according to the report. As a result, some 9 million people, or about one-third of the population, "live in areas that are contested." About 2.5 million people live in areas controlled by the Taliban.

Afghan security forces have struggled to maintain control since taking over security, highlighted by the Taliban briefly taking the northern city of Kunduz last year.

Between January 1 and November 12, 6,785 Afghan soldiers and police officers were killed and another 11,777 wounded, the report said. The death toll represents a 35-percent increase compared to all of 2015.

Opium production has meanwhile jump by 43 percent in 2016 over 2015, providing money to the Taliban insurgency through taxation and transit fees.

According to the UN, the number of newly internally displaced people (IDPs) in Afghanistan jumped in 2016 to 623,000, with more than half of them children. There were also roughly 8,400 conflict-related civilian casualties between January 1 and September 30, according to the UN.

The SIGAR report casts further doubt on the German government position that parts of Afghanistan are "safe," paving the way for rejecting asylum applications and deporting some Afghans back to the war-torn and impoverished country.  The deportations are part of a deal reached between Germany and Afghanistan in October.

SIGAR was established in 2008 to monitor waste, corruption and mismanagement by Afghan and US contractors.