Afghan migrant returns as a stranger to a deteriorating country | Asia| An in-depth look at news from across the continent | DW | 25.01.2017

An asylum seeker deported in December shares a glimpse of his life in Kabul, which has been marked by fear and desperation. As deportations continue, his story symbolizes the growing debate over German migration policy. 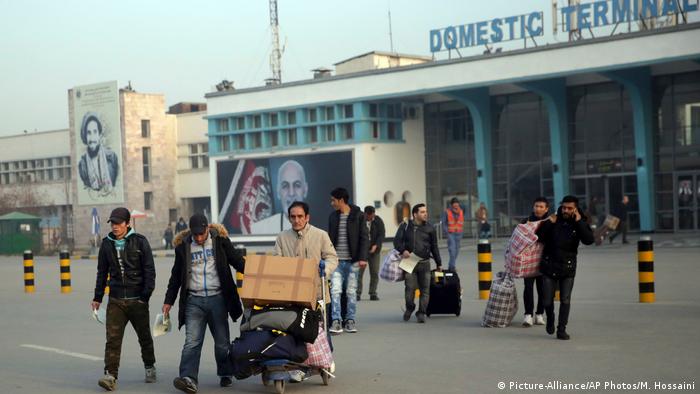 Since returning to Afghanistan in December 2016, Farid has been living in constant anxiety. Farid isn't even his real name and he insisted that he would only speak publicly about his experience under a pseudonym. He told DW that if he identified himself, the Taliban or the so-called Islamic State (IS) could track him down. If his safety could be guaranteed "Farid" would agree to use his real name, but he knows that security these days in Afghanistan is never assured.

"I am very afraid and I feel like a foreigner in Afghanistan," he said. "I don't know anyone here. It's a very tough situation for me." Farid is 22-years old and he has already lost both of his parents. He thinks that they were killed by the Taliban.

Farid came to Germany as an unaccompanied minor. He learned German and wanted to begin creating a new life for himself. But despite help from friends and refugee aid groups, he was unable to obtain asylum. On December 14, 2016, his dream of starting a life in Germany came to an end at Frankfurt Airport. Together with 33 other Afghan men, he was boarded onto a one-way flight to Kabul.

A group of rejected Afghan asylum seekers deported from Germany has landed in Kabul following protests Monday night at Frankfurt Airport. More than 100 people gathered to demonstrate against the forced repatriations. (24.01.2017)

The German parliament will discuss the controversial practice of sending Afghans who have been refused asylum back to "safe" regions in their homeland. Opposition lawmakers say there is no safe part of Afghanistan. (16.12.2016)

"Police officers sat on my right and left during the entire flight," he said.  "They even accompanied me when I went to the toilet and waited by the door until I finished."

The next morning Farid arrived in Afghanistan and was met by a group of representatives from the Afghan Ministry of Refugees and Repatriation along with the International Organization of Migration (IOM). Farid claimed, however, that he did not receive help and that he felt completely abandoned. These statements could not be independently verified by DW.

At first Farid didn't know where to go. He went back to his hometown in central Afghanistan to look for relatives, but none of them lived there any more and the security situation was dangerous.

After this, Farid returned to Kabul. At this point he had 400 euros, which was left over from a small amount he had received from German friends. He found a cheap room and now he is living there. Meanwhile, half his money has been spent and he is not sure what is coming next.

"I leave the house early every morning to look for a job," he said. "I ask everywhere and I would do anything - even hard manual labor, anything to stand on my own two feet." Farid has yet to find work and he said that there is no organized help for deported returnees and that he felt abandoned.

"I don't know whom I can trust," he said, adding that he doesn't have any contact with the other deportees who were on the flight from Germany.

Criticism and protest in Germany

German Interior Minister Thomas de Maizière has taken a lot of criticism for the first round of mass deportations in mid-December - both from his own party and the opposition. At the time, protestors also gathered at Frankfurt Airport with banners and pickets to voice their opposition to the deportations. The interior minister defended his decision as being just and necessary to "keep our asylum system functioning." Additionally, about one-third of the deportees are said to have been convicted of crimes.

The German federal government is also sticking to assertion that parts of Afghanistan are sufficiently safe. However, Pro Asyl (Pro-Asylum), a refugee aid organization based in Germany, disagrees. In January, Pro Asyl called for a "turnaround in dealing with Afghan refugees." 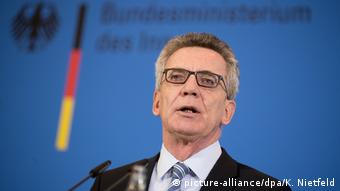 Pro Asyl refers to the latest assessment from the United Nations High Commissioner for Refugees (UNHCR), which stated in December 2016 that Afghanistan's security situation in the past few months had "once again worsened."

The UNHCR report also said that all of Afghanistan is currently affected by an "internal armed conflict" corresponding to the definition outlined in European refugee law. Because of the continually changing security situation, the UNHCR does not distinguish between "secure" and "insecure" areas in Afghanistan.

The controversy surrounding the deportations is continuing along with the second round that took place on Monday, January 23. 26 Afghan men were deported from Germany to Afghanistan. The interior minister of the northern German state of Schleswig-Holstein, Stefan Studt, said in a newspaper interview that the return of asylum seekers with "dignity and security" was not guaranteed.

In a press release, Pro Asyl describes the latest deportations as breaking taboo. "For the first time, Christian Democrats, Social Democrats and Green Party politicians have approved the collective deportation of those seeking protection to a war and crisis zone - contrary to the facts and better knowledge."

Pro Asyl accuses the interior minister and federal states issuing deportations of not properly recognizing the UNHCR assessment. "The deportation of young, single men or criminals into war and crisis zones is also dubious because they are essentially being sent into a hazardous situation," the NGO said.

Dying a little, every day

Farid is not a criminal, but nevertheless his deportation to Afghanistan seems like a punishment. It is now a country in which he feels foreign, a place where he doesn't feel safe and secure. "My life is in danger," he said. "I have no future here."

Farid said he would be ready at any time to take the difficult and dangerous journey back to Germany, but there is little chance that this will be possible. "I don't have any money left," he said. "How would I ever pay for it?" His first journey was paid for with money from his parents.

Every day in the late afternoon, Farid returns to his room. He doesn't want to be out in the streets after dark, which he said would be too dangerous. His dreams for the future include having a family, but that seems very far away. Farid feels tired and broken and living in constant fear has made him tired of life. "Even death is better than living here," he said. "This kind of life means that you die again every day."