Conflict has displaced people in nearly all of Afghanistan's provinces, according to the UN. Germany's government argues that there are safe regions in the war-torn country which deportees could return to safely. 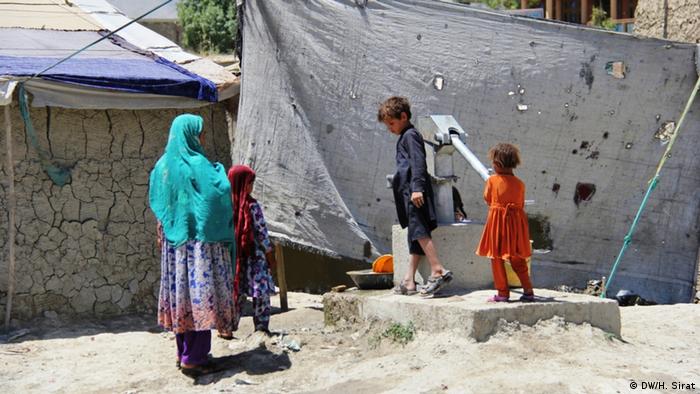 The number of newly internally displaced people (IDPs) in Afghanistan jumped in 2016 to 623,000, with more than half of them children, the UN said on Tuesday.

The number of registered IDPs grew by 40,000 since mid-December, as the United Nations Office for the Coordination of Humanitarian Affairs warned numbers would rise as assessments continue.

People have been newly displaced by conflict in 31 of Afghanistan's 33 provinces. Some 42 percent of new displacements occurred in the north of the country, including the provinces of Kunduz and Baghlan, where the German army is based. Another 28 percent of internally displaced are in the south of the country, concentrated in Helmand, Kandahar and Uruzgan provinces, where the Taliban have concentrated a renewed offensive.

The German parliament last month authorized the Bundeswehr to increase its deployment in Afghanistan from 850 to 980 soldiers as part of the NATO-led Resolute Support training, advising and assistance mission.

The German government has controversially maintained that parts of Afghanistan are "safe," paving the way for rejecting asylum applications and deporting some Afghans back to the war-torn and impoverished country.  The deportations are part of a deal reached between Germany and Afghanistan in October.

About a fifth of all migrants arriving in Europe in 2015 and 2016 came from Afghanistan, the second biggest group after Syrians. Under pressure after more than a million migrants from the Middle East and Africa arrived in Germany over the past two years, Chancellor Angela Merkel's conservatives have sought to send asylum seekers not fleeing persecution, war or violence back to their homelands. On Monday, Merkel appealed for Tunisia, Algeria and Morocco to be added to Germany's rapidly growing list of "safe" countries.

According to the German interior ministry, some 12,500 Afghans have had their asylum applications rejected and are due to be deported.

Pro-asylum groups and the opposition argue that no part of Afghanistan is safe.