Calls that Germany stop sending people to Afghanistan if their asylum applications are denied have been blocked by Chancellor Merkel's coalition. Opposition members say the country remains far from safe. 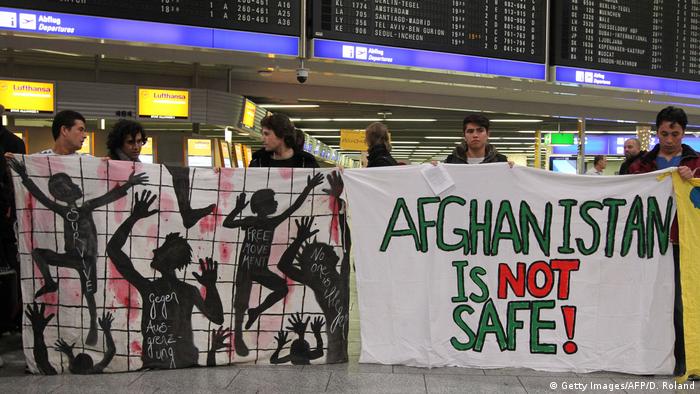 Stephan Mayer, the interior affairs spokesman for Germany's Christian conservative party, told lawmakers on Friday that the deportation of 35 Afghans from Frankfurt on Wednesday had been a "good" move.

The scandal lay "not at all" in the returns, but very much so in that some of Germany's regional states had not consequently implemented asylum processing rules, claimed Mayer, who is a senior member of the Christian Social Union (CSU), which is the Bavarian sister party to Chancellor Angela Merkel's Christian Democratic Union (CDU.)

More deportation flights of Afghans whose applications for asylum have been rejected are expected early next year.

Wednesday's deportation flight included 10 people convicted of crimes in Germany, according to the Interior Ministry.

Parliament's repeated extensions of its mandate for Bundeswehr deployments in northern Afghanistan was "proof that the situation is far from safe," said Jelpke. 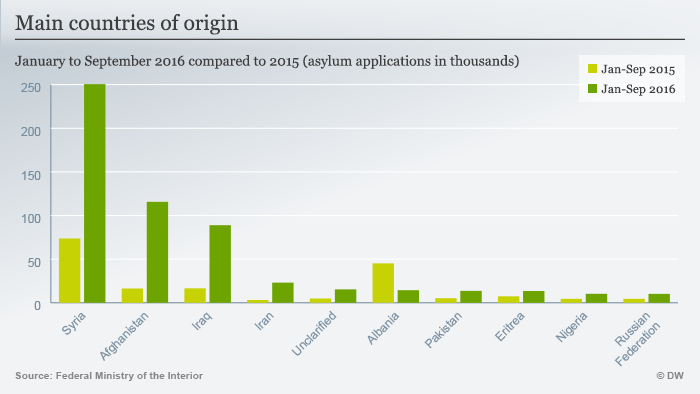 Oppositions Greens spokesman on refugee issues Luise Amtsberg said Germany's deportations to countries such as Afghanistan did "not conform with our human rights pretentions."

Wednesday's deportation flight was "nightmarish" and left a feeling of "outrage," Amtsberg said.

Last October, the German and Afghan governments signed a joint declaration on the return of rejected asylum claimants. Kabul was offered aid in exchange.

At the time, Berlin classified some 12,500 Afghans as obligated to leave Germany and placed hope in a scheme to encourage voluntary returns.

In the first 10 months of this year, 21,789 people were deported from Germany, according to the Interior Ministry. Of these, 3,200 returned to Afghanistan. A further 51,243 left Germany voluntarily, encouraged by state aid.

Trip back to Afghanistan was 'no free ride' for deportee Amiri

An Afghan refugee deported from Germany spoke to DW after arriving in Kabul about his last moments in Germany. He said he was forced to pay for his deportation and was not allowed to contact his family before leaving. (16.12.2016)