Russia will try to "denigrate" Joe Biden, China wants "unpredictable" Trump out of office and Iran will use social media to spread disinformation, according the latest election threat assessment by US intelligence. 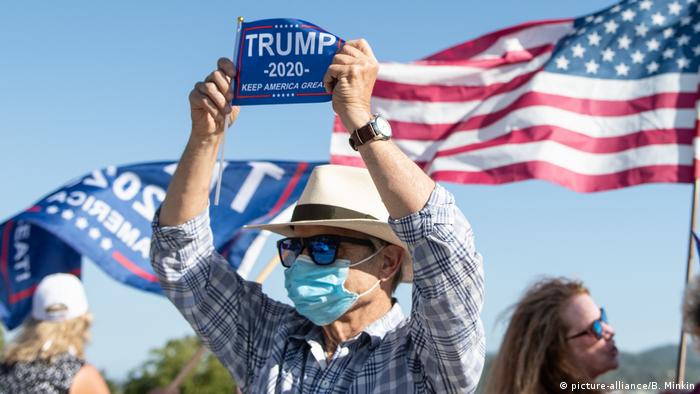 A top US counterintelligence official warned Friday that Russia, China and Iran are seeking to interfere in the 2020 US presidential election, potentially through disinformation campaigns or disrupting voting processes.

"Foreign actors have a preference for who wins the election, which they express through a range of overt and private statements," William Evanina, the director of the US National Counterintelligence Security Center, said in a statement.

Evanina did not provide exact details of potential foreign interference, although he promised to issue updates as the election in November approaches. US politicians in recent weeks have demanded an official probe.

The 2016 US presidential election was mired in controversy over Russian interference in support of candidate Donald Trump. The Kremlin has consistently denied these allegations.

The assessment showed that Moscow considers Biden's politics to be part of the "anti-Russia" establishment, and that as vice president, Biden drew frequent criticism from Russia for his role in forming hard-line US policy on Ukraine while vocally opposing Russian President Vladimir Putin.

Evanina said China was "expanding its influence efforts" to "shape the policy environment in the US, pressure political figures it views as opposed to China's interests and counter criticism of China," adding that Beijing considers Trump to be "unpredictable" and wants him to lose.

"Although China will continue to weigh the risks and benefits of aggressive action, its public rhetoric over the past few months has grown increasingly critical of the current administration."

Although the Trump administration has always taken a hawkish stance vis a vis Beijing, US-China relations have sunk to a new low in recent months over issues including the coronavirus pandemic, Hong Kong and Hauwei.

The assessment said that Tehran will likely disseminate disinformation on social media and recirculate anti-US content to divide the country and undermine US democratic institutions.

Read more: US Ambassador Kelley Currie: 'Iranian regime is the greatest enemy of its people'

Iran's motivation is driven in part by a "perception that President Trump's re-election would result in a continuation of US pressure on Iran in an effort to foment regime change,'' Evanina said.