The US president claimed in a tweet that voting by mail in the November election would lead to fraud. After a bipartisan backlash, Trump said he didn't want a delay, but was "very worried" about potential problems. 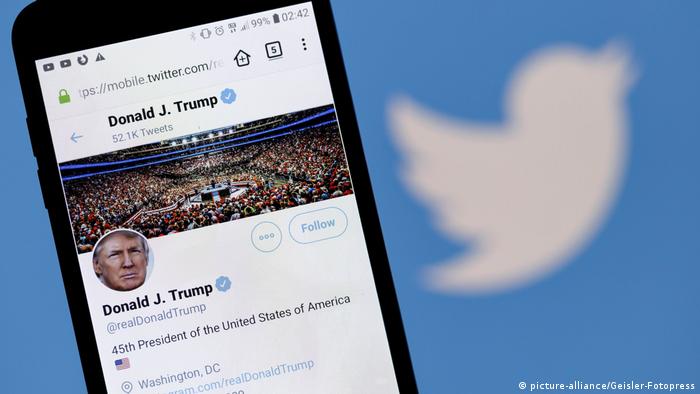 US President Donald Trump suggested on Thursday that the presidential election in November be delayed, saying that postal voting would make the election "inaccurate and fraudulent."

The remarks were made in a tweet where he railed against "universal mail-in voting."

"With Universal Mail-In Voting (not Absentee Voting, which is good), 2020 will be the most INACCURATE & FRAUDULENT Election in history. It will be a great embarrassment to the USA. Delay the Election until people can properly, securely and safely vote???" Trump wrote.

After facing blowback for raising the idea, including from Republicans in Congress, Trump appeared to walk back his earlier remarks somewhat during a press conference later on Thursday.

Trump’s remarks on Twitter came as his government on Thursday posted a 32.9% contraction of the US economy between April and June, the worst decline on record since 1947. Compared to the same quarter of 2019, economic activity fell 9.5%.

The US president has trailed his challenger, Democratic presumed candidate Joe Biden, in recent national and battleground state polls, even coming dangerously close in traditional Republican strongholds like Texas, Arizona and Georgia.

The US president does not have the power to change the date of the presidential election, that power falls on the US Congress, according to the constitution. Securing enough votes in favor of this currently appears far-fetched, as the House of Representatives is currently under the control of the Democratic Party, while the Senate has only a slim Republican majority.

But Trump’s previous tweets and comments about supposed electoral fraud have insinuated that he might not accept the results in the case of defeat. Biden and other Democrats have said they’ve begun preparations to protect voters and the election.

The US president has cast doubt on the legitimacy of voting by mail since the coronavirus pandemic began. His claims that mail-in voting leads to more electoral fraud have not been substantiated.

The US is unlikely to have recovered from the pandemic and a reeling economy by November. So the president has suggested the election be delayed. DW's Ines Pohl says this is a dangerous strategy.