Democratic candidate for US president, Joe Biden, warned of potential efforts by China and Russia to disrupt the election. He accused Donald Trump of planning to disrupt the system of mail-in ballots. 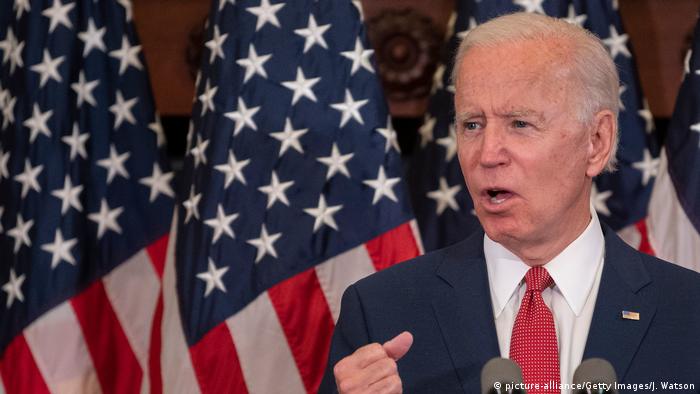 Presumptive Democratic US presidential nominee Joe Biden expressed his worries on Friday about the fate of the 2020 election, after confirming that he has received classified intelligence briefings.

"We know from before, and I guarantee you I know now because now I get briefings again. The Russians are still engaged, trying to de-legitimize our electoral process. Fact,'' the former vice president said.

"China and others are engaged as well in activities designed for us to lose confidence in the outcome,'' he added.

Biden, who is still the main challenger to US President Donald Trump in the November election, did not provide details or evidence regarding what he saw in the briefing.

The Democratic party's presumptive nominee made the remarks during a virtual campaign fundraiser with more than 200 attendees.

If elected, he warned that there would be "a real price to pay" for Russia if evidence pointed to renewed interference in this year's election.

The White House and National Security Council, which would have shared the classified briefings with Biden, did not comment on the matter. Neither did the Biden campaign communications team.

US intelligence agencies have said that Russia engaged in multiple efforts to interfere in the 2016 election with the goal of helping Donald Trump win. Officials have also warned that the threat of interference in the 2020 election remains real.

But Trump has repeatedly questioned the intelligence community's findings and has publicly called investigations into his campaign's possible connection to Russia meddling a ''hoax.'' Biden has hit back at Trump, accusing him of not even reading his intelligence briefings.

The vice-president now also warns that Trump could threaten the integrity of the election in his favor, through his opposition to vote-by-mail, at a time when states are trying to expand the option, due to the coronavirus pandemic.

Biden warned that Trump may try to ''defund the post office so they can't deliver mail-in ballots.''

''Frankly, this is the thing that keeps me up most at night,'' Biden said. ''Making sure everyone who wants to vote can vote, making sure that the vote is counted, making sure we're all trusting in the integrity of the results of the election,'' he added.

While there is no evidence that Trump threatens the funding of the postal service, the Republican president has said repeatedly that he opposes expanding mail-in balloting, suggesting without evidence that it will lead to widespread fraud.

US: Arizona Republican says 'I want my party back'

Linda Rawles has been a Republican since she was 13. Now she's fighting against her own president, Donald Trump — and she isn't alone, as Ines Pohl reports from Arizona. (17.07.2020)

Joe Biden says he has enough Democratic party-backing from delegates to challenge President Donald Trump in November's US election. Biden crossed the threshold after 8 primaries were held on Tuesday. (06.06.2020)