US Expert: Obama Will Improve Trans-Atlantic Ties | Europe | News and current affairs from around the continent | DW | 06.11.2008 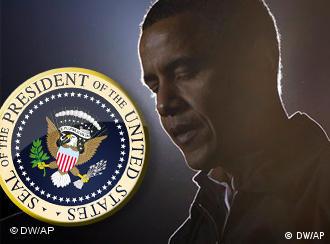 Kempe: Relations between Germany and the US will improve under Obama

Deutsche Welle: From your point of view, how would you describe the impact of the election of Obama concerning the trans-Atlantic relations between Europe and America?

Fred Kempe: It's an understatement to say that this is a historic moment. It is the first time any country in the world with a white, Democratic majority has elected a minority -- someone of color -- to lead it. What it brings us in the trans-Atlantic relationship is a chance, but it's also a chance that we need to seize. There will be a change in domestic attitudes across Europe towards the United States -- toward US leadership -- but the US must use that opportunity to reach out to Europe but at the same time Europeans must seize the opportunity to work more closely with the United States. And my only fear is that if we don't seize the opportunity, then we'll be looking back one year from now as a historic moment lost to us.

So what are the first steps, the first challenges, that Obama has to face? 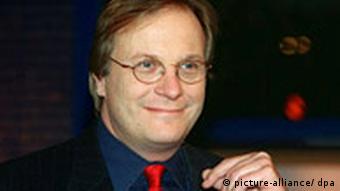 The first challenge is to repair America's reputation. It has a strategic impact when great majorities of Germans, French, Turks, Africans, and Asians don't believe in American leadership. If he changes that, it will make it easier for America to operate on the world stage.

The second thing he has to do -- and he has to do this right away -- is take on the global financial crisis. My guess is that before Nov. 15, when we have the meeting of global leaders here in the United States on the global financial crisis, that Obama will have already named his top financial leaders -- his treasury secretary and others -- and that they may cooperate in one form or another with the Bush administration in that meeting. In other words I think the transition will have to take place much more quickly that usual because of the crisis situation that we're in.

Let's talk a little bit about Afghanistan and Iraq. Obama has already shown his ideas about Afghanistan -- talking about strengthening NATO and reinforcing the mission in Afghanistan. What do you think about that? Is it a good idea and will he be able to convince other European partners that it is?

All the major European countries are already involved in Afghanistan, but I don't think that they've explained to their populations, and in some cases to themselves, the strategic importance and value. I think that Obama will make requests of Afghanistan that won't be unlike the requests of the Bush administration. He'll be more sophisticated, he'll be more skilled in how he makes these requests. He'll have a deeper understanding, for example, about domestic impediments for Chancellor Merkel in sending troops to the south of Afghanistan.

But then he'll say, "Well can't you do that more economically?" or "Can't you do more to help us fight drugs?" So I think Europe is going to be facing a leader to whom it is going to be more difficult to say no. And the question is how will then European leaders respond?

NATO hasn't been a threat to Russia in a long time, says Kempe

If Europe manages to say no, will we see another face of Obama that we don't know yet?

I think Obama realizes he's very skilled. If one reads what he said about foreign policy over time, he understands the necessity in the world to work multilaterally, and he understands this grows out of a reduction in relative influence in the world. Which would happen no matter what; we've seen the rise of Asia, we've seen a surge in Russia.

So how does Europe have to change its attitudes and ideas towards America?

I think it could require a whole new way of communicating with each other, bringing the EU, NATO and other members together, perhaps in a new institution or form of some sort, on a regular basis, so that one is talking over strategic issues in a regular way at the highest levels in both Europe and the United States.

Let's talk about another conflict, which may be the Ukraine and Georgia and their membership in NATO. What do you think Obama can do to get both those countries into NATO without angering Russia? 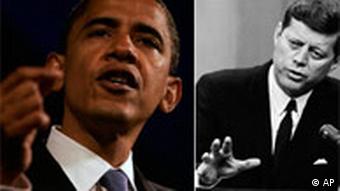 Russia is a problem at the moment that is not going to go away, and there are disagreements also within Europe about how to deal with Russia. Poland, the Baltic states and even England don't see the issue in the same terms as, say, the French and the Germans. And the French and the Germans also see it a bit differently. So the real question is can one come together with a mixture of carrots and sticks? Carrots to better integrate Russia in our security and economic institutions, but at the same time across Europe to say very clearly to Russia that it's really up to its neighbors to decide what institutions that they want to belong to.

NATO, for many years already, is really no longer a threat of any sort to Russia. And one has to make it clear to Russia that they don't control the sovereign decisions of their neighbors. That is what Obama will want to say and that is the stand he will want to take and the real question is whether the German leaders and French leaders want to say that quite as clearly.

So will there be this change in foreign policy that Obama promised?

I remember when I was growing up, John F. Kennedy's photograph was on the wall in many of my German relatives' (homes). I think that in Africa, in places in the Middle East, and across Europe many people will see Obama as a kind of president where you can put his picture on the wall. And I do think one thing we will be very clear: He's a great danger to radical extremists who are anti-American. He's a great danger to al Qaeda, because he's going to take away this picture they've been drawing of America by his mere presence. So I think in many respects and on many levels I think US foreign policy will be much more effective, even if the problems don't change.

Many officials in the European Union are trying to keep their expectations for the future of trans-Atlantic relations under Barack Obama realistic. But they admit there is much room for improvement. (06.11.2008)

Leading German economists say US President-elect Barack Obama is the right man to tackle the worldwide economic crisis. But he has his work cut out for him, and global markets reacted uncertainly to his victory. (05.11.2008)