US election is an 'urgent warning' for Germany, says finance minister

The US election has laid bare the deep divisions across the country — serving as a lesson and a warning for Germany, cautioned Finance Minister Olaf Scholz. 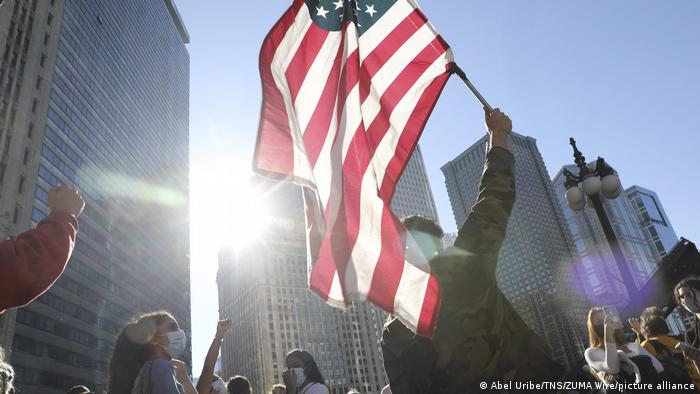 After observing the bitter campaigning and close results of the US election, Germany must ensure that it doesn't wind up in the same position, warned Finance Minister and Vice-Chancellor Olaf Scholz on Sunday.

"The ballot counting in the USA wasn't just a days-long political thriller, it is also an urgent warning. A warning also for us in Germany, about where it can lead if a society allows itself to be divided," Scholz wrote in an opinion piece for the Bild am Sonntag newspaper.

Scholz extended his congratulations to President-elect Joe Biden and Vice President-elect Kamala Harris after they were projected to win the election on Saturday, but noted that the work in the US is just beginning.

He pointed to societal splits not only between people in richer and poorer communities but also urban and rural divides. Scholz cautioned that 'society is also drifting apart' in Germany

The divisions in the US were not something that US President Donald Trump created, Scholz said, but something that he "mercilessly exploited and deepened" during his time in office.

'Let us learn from the USA'

Scholz noted these divisions can also be seen in Germany, in the way that some feel like second-class citizens, while others feel that "they are better than others."

"This development is bad, because our community only functions well in the long-run if we see it as our common cause," the center-left Social Democrat politician said.

"Let us learn from the USA and avoid mistakes that cause an enormous amount of harm."

His remarks come as Germany begins to look towards its own general election next year and begins to prepare for a post-Merkel era.

After 14 years in office, Chancellor Angela Merkel has said she will not be running again next year — leaving many at home and abroad wondering who will come next.

Will Donald Trump respect tradition with a concession speech?