US Vice President Kamala Harris: A woman for America's future 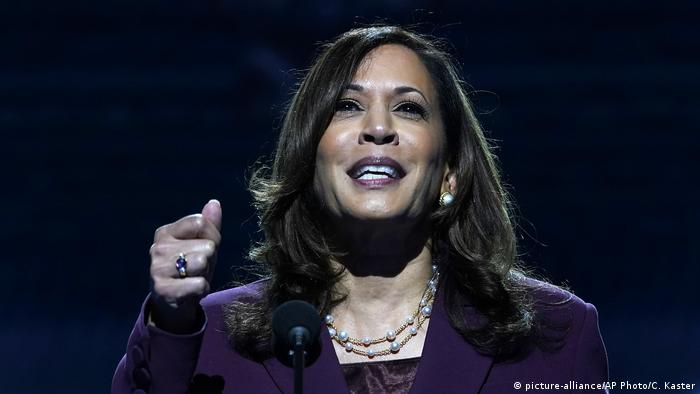 President-elect Joe Biden made a simple political calculation when he selected Kamala Harris as his running mate. By 2045, white people will still constitute a plurality but will no longer be the majority in the United States. By selecting Harris, Biden picked a candidate with the potential for broad appeal. 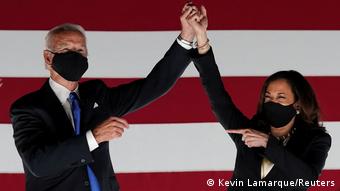 Harris' mother, breast cancer researcher Shyamala Gopalan, emigrated from India to the United States in 1960. Her father, the economics professor Donald J. Harris, was born in Jamaica and arrived in the US in 1961. Kamala Harris herself was born in Oakland, California, and spent her early years in the neighboring city of Berkeley.

Her parents divorced when she was 7, and she and her sister, Maya, lived with their mother. When she was 12, they moved to Montreal, in the Canadian province of Quebec, where Gopalan had landed research work.

Read more: The expensive road to the White House

Since 2014, Harris has been married to Jewish lawyer Douglas Emhoff, who has two children from a previous marriage. Harris herself did not have any children.

As a candidate, Harris highlighted her roots, saying her experiences of discrimination in 1970s California have left an enduring mark to this day. However, just as important a formative influence was her mother's fighting spirit — Gopalan and Donald Harris participated in the civil rights movement on the campus of the University of California, Berkeley, and across the San Francisco Bay Area. In her autobiography, The Truths We Hold, Harris wrote that Gopalan told her and Maya: "Don't just sit around and complain about things. Do something!"

It was a call that appealed to Harris. After graduating high school, she moved back to the United States to study political science and economics at the historically Black Howard University in Washington, DC, and returned to the Bay Area in California to study law in 1986. After passing the bar in 1990, she began her career as district attorney and quickly acquired a reputation of being a pugnacious woman with a razor-sharp mind. 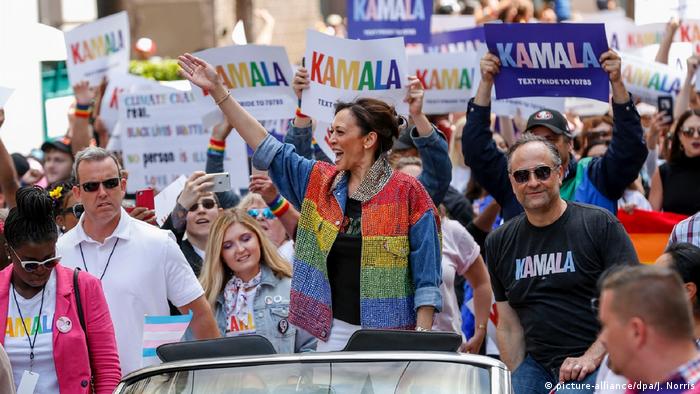 Harris, here at the 2019 San Francisco Pride parade, has been a supporter of LGBT+ rights

In The Truths We Hold, Harris wrote that her early experiences of discrimination would inspire her later work. In 2003, she was elected district attorney of San Francisco. In 2010, Harris ran for the post of state attorney general and ultimately prevailed against six other competitors. She was sworn in on January 3, 2011 — the first woman elected to the post, and the first person with an Indian or African American background.

Harris has upset people across the political spectrum with her positions. On the one hand, she pledged to never seek the death penalty, but she was also behind a system of hefty fines and potential incarceration for parents whose children were chronically truant from school — opening up a new field of policing for law enforcement officers in California counties.

When Harris announced her candidacy for the US Senate at the beginning of 2015, she received broad support from the Democratic camp. US President Barack Obama, whose 2008 and 2012 presidential campaigns Harris supported, and Biden, then the vice president, endorsed her campaign. In January 2017, she became the second Black woman to enter the US senate. 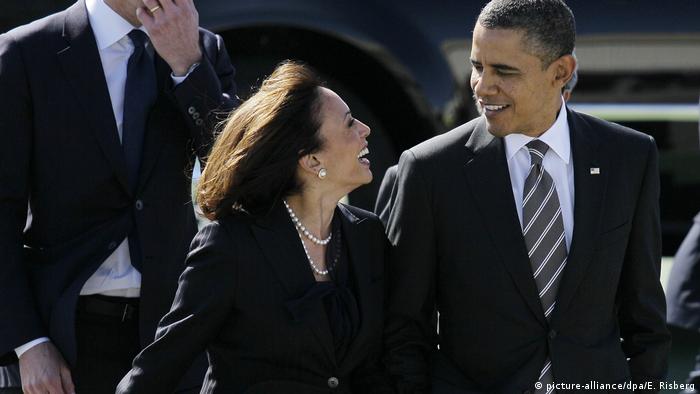 Harris was then tapped as a potential Democratic presidential candidate. When she announced her candidacy in 2019, she joined the ranks of others thought to be among the favorites: Biden, but also senators Bernie Sanders and Elizabeth Warren. During the course of Democratic primaries, however, her popularity declined and, in December 2019, she ended her candidacy.

Though she and Biden had several testy exchanges during the debates, he ultimately chose her as his running mate. Often, the running-mate position is decided mostly on the basis of who might be more likely to attract voters that would otherwise not be drawn to the presidential candidate. However, Harris could one day be called in to take over for her boss, should he be unable to fulfill the duties of the presidency.

On the day of his inauguration, Biden will be 78 years old — older than any other incoming president in the history of the United States. Donald Trump, the second-oldest, was 70 when he was inaugurated. It's entirely possible that health issues might not permit him to serve the full four-year term. In that case, Harris would replace him, without a new election — making her the first woman president of the United States.