US, Belarus plan to restore ambassadors after 11-year freeze

The rapprochement comes as Belarus seeks to ease its isolation in the West and balance its close ties with Russia. The US and Belarus withdrew their ambassadors in 2008. 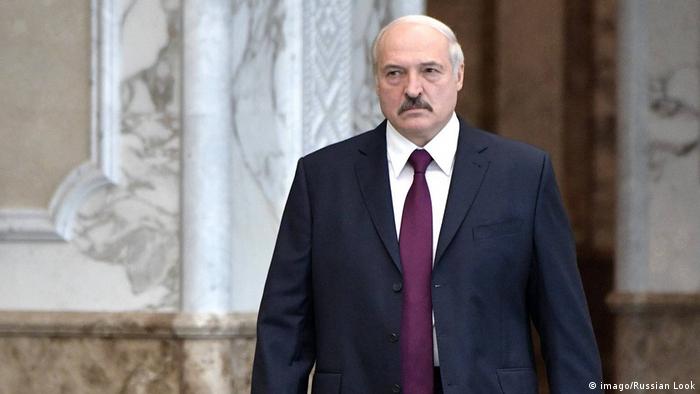 The United States and Belarus are planning to exchange ambassadors after an 11-year freeze.

US Undersecretary of State for Political Affairs David Hale met with President Alexander Lukashenko on Tuesday in the Belarusian capital Minsk as the two sides look to patch up relations.

"Our meeting today marks an historic juncture in US–Belarus relations," the United States' number three diplomat said. "It is my honor to announce that we are prepared to exchange ambassadors as the next step in normalizing our relationship."

The United States recalled its ambassador to Minsk in 2008 after the former Soviet state ordered a reduction of diplomatic staff at the US Embassy in response to sanctions leveled by Washington against Belarus over its human rights record. Since then, both countries' embassies have been led by chargés d'affaires.

But Lukashenko has sought to build better relations with the United States and European Union as he seeks to manage relations with Russia while easing its isolation in the West.

Washington and the European Union eased sanctions on Minsk in 2016.

Artyom Shraibman wrote last year for the Carnegie Moscow Center think tank that Belarus is increasingly "pursuing a balanced, multivectored foreign policy" that seeks to balance ties between Russia and the West.

Life in the Forbidden Zone

Russia and Belarus formed a nominal "union" in 1996 and have close economic and military cooperation, but they continue have disputes over energy prices and import duties.

The 65-year-old Lukashenko is a close ally of Russian President Vladimir Putin, but he has sought to preserve Belarus' sovereignty and independence at a time Russia is pressing for even closer ties between the two sides.

Meanwhile, the United States has sought to reduce Russia's influence over its neighbors.

Hale said the United States was not asking Belarus "to choose between East and West" and respected the country's desire to "chart its own course."

The US-Belarus rapprochement comes as Russia has increased pressure on Lukashenko to deepen ties between Minsk and Moscow.

There has also been speculation that Putin may consider reviving the Union State of Russia and Belarus project as a means to extend his presidency. He is currently constitutionally barred from seeking a third consecutive term in 2024, but serving as leader of a new, unified Belarusian and Russian state could be a way to skirt that limitation.

Lukashenko has dismissed talk of a unified state.

Belarus' autocratic leader Lukashenko wants to turn his country into a hub for the digital and cryptocurrency sectors. But despite the abundance of local brainpower, how easy is it to enforce hipster cool by decree? (12.10.2018)

Aleksander Lukashenko is in Sochi for three days of talks with Vladimir Putin. The meetings come amidst persistent rumors that Belarus could become part of a single state controlled by Russia — and even ruled by Putin. (13.02.2019)