Was the recent Russian and Belarussian Zapad-2017 military exercise really preparation for a major conflict as some neighbors feared? DW spoke with Thomas Möller, a Swedish army observer who was there. 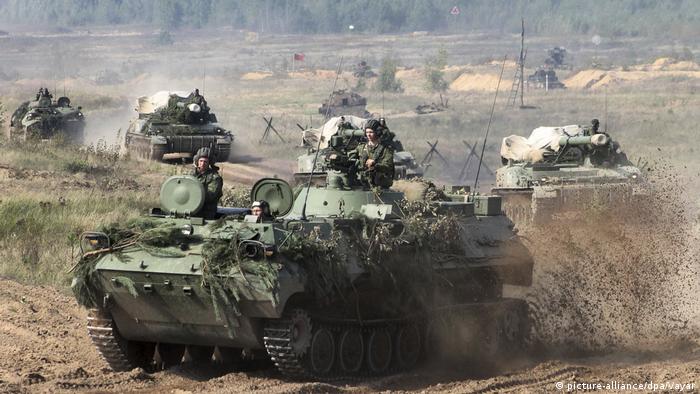 DW: What brought you to Belarus to watch Zapad-2017?

Thomas Möller: In accordance with the Vienna document (2011 OSCE agreement aimed at strengthening trust in security area – Ed) seven countries were invited on voluntary basis from the Belarus side to observe the Belarus part of the exercise. There were two of us from each country. We were in Belarus from September 16-21 observing the exercises.

Read more: NATO eyes in the sky zoom in on Zapad

Where exactly did you go and what did you see?

Upon arrival on the Saturday, we had an initial briefing from the Belarus escort team. On Sunday we were transported to Ruzhanski poligon, which is a training area. We observed Belarus and Russian aircraft and helicopters bombing different targets for a couple of hours. We had the opportunity to ask questions all the time and – this goes for all the observation days – all our questions were answered in an open and transparent manner. On Monday we were transported to the Osipovichski poligon, which is an artillery training area, where we watched land forces training, live firing with artillery, tanks and APCs, supported by aircraft.

On Tuesday, we were transported to the Domanvski poligon, an anti-aircraft training area. There was a training sequence with three different aircraft systems. There was also a long-range air defense system S-300 (in NATO language SA-11), which they couldn't fire on this small field. On Wednesday we were transported to the Borisovski poligon. Here it was more or less the same as on Monday, but on a much larger scale, as it was the final part and Belarus President Alexander Lukaschenko was present.

You said that all questions were answered. But could you also see what you wanted to see or did you have to stick to a tight schedule?

We had a tight schedule. According to the Vienna document the hosts are in charge of the programme and they decide who will be coming, how long the observation will be and what they want to show. 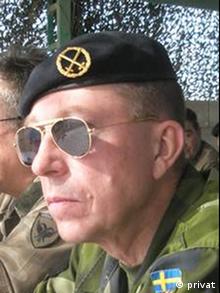 Did you have a chance to talk to officers and soldiers?

We had plenty of opportunity to talk to officers, but very limited access to soldiers. We asked for it several times. All the soldiers were in the vehicles – tanks, APCs, self-propelled artillery pieces. They were in the field the whole morning and when the exercise ended they were five kilometres away. There might have been possibilities to talk to soldiers on the last day, but no one really wanted to interrupt the ceremonies with the president.

Before the exercise, Western politicians voiced concern. One of the critical points was the number of soldiers. Some estimated that the actual number was almost 100,000. What were your impressions?

You can always discuss the numbers of soldiers. The Vienna document is mainly about land forces. What the Belarus verification agency reported – 12,700 Russian and Belarus soldiers – is a correct number I think. In Sweden we are conducting a similar exercise at the moment. The media talks of about 19- 20,000 participants. We reported about 12,400. But that's what you have to report according to the Vienna document, because you don't count anything to do with the navy or air force. When you come to Russia and Belarus you don't talk about strategic rocket forces, railroad and interior troops. From an observer's point of view I would say it is impossible to tell if it was 12,700 or 13,061. I believe the Belarus agency.

Sweden is not part of NATO, but after the Zapad-2017 exercise a NATO spokeswoman said the concerns of the alliance had proved to be true. She said that Russia and Belarus trained "a large-scale conflict between countries". What would you say?

The scenario for the Belarus part of the exercise is like any other exercise. A small part of Belarus was marked out as a fictive country. Belarus and Russia stopped the attack from this "country". They met the attack, stopped it and made a counter attack. I would not say that they were enacting a battle between two major highly-equipped countries. But Sweden is not a NATO-member and I will not enter a discussion about NATO spokespersons.

Was it a preparation for a big war as some in the West and neighboring countries feared and were concerned about?

This is normal military business as we do in all countries with armed forces. This is not training for attacking anyone. You meet the enemy, you stop the enemy, you defeat the enemy with a counter attack. We are doing the same thing in Sweden.

Lieutenant Colonel Thomas Moeller from the Swedish Armed Forces observed the joint Russian and Belarus military exercise in Belarus in September 2017. In the past, he has observed military exercises in Finland, Estonia, Spain and Poland.