Could Russia and Belarus trade oil for national sovereignty? | Europe | News and current affairs from around the continent | DW | 13.02.2019 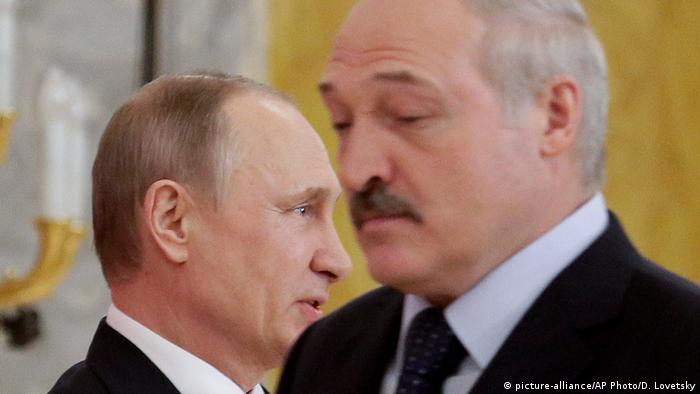 It's Belarusian President Aleksander Lukashenko's third meeting with his Russian counterpart, Vladimir Putin, in less than two months. And according to Kremlin spokesperson Dmitry Peskov, their talks won't just last one day but will continue "tomorrow and even the day after." However, behind the empty diplomatic statements from both sides about "questions on Belorusian-Russian cooperation" things could be tense. There is likely to be economic wrangling going on behind closed doors — and it could have implications for the future of the Belarusian state.

At the meeting Wednesday, Putin called energy policy "one of the most important areas" up for discussion. In July, the Russian Duma passed a law allowing a "tax maneuver" in the oil and gas industry. The Russian Finance Ministry has complained the country is losing a significant amount of money every year by providing Belarus with oil on preferential terms. The new regulations slowly get rid of tariffs but raise other taxes for the country. Belarus is unhappy with the new regulations, which officials say will leave a gap of 3.8 percent in the country's GDP in the coming years. Minsk insists it wants gas at Russian market prices, not European prices.

Relations between Belarus and Russia have always been close. They are important trade partners and are both members of the Eurasian Economic Union. Belarus has also been part of the "Union State of Russia and Belarus" since 1999 — the details of which have remained vague. Now Moscow has made it clear it is willing to exchange preferential economic treatment for a re-examination of the Union Treaty. In December, Russian Prime Minister Dmitry Medvedev issued what some media outlets called an "ultimatum" — he said Russia would be happy to continue "building" a Union with Belarus, which could even include a common court and currency. He mentioned an "imbalance" in trade between the two countries in the same breath. 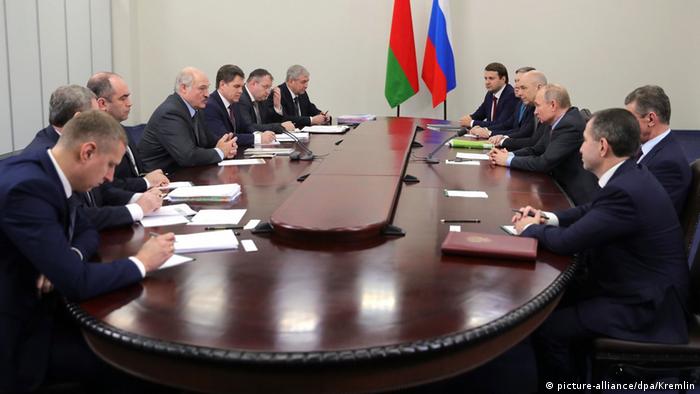 A swirl of rumors

With the Russian constitution "preventing Russian President Vladimir Putin from seeking another term after 2024, many viewed the [Russian] ultimatum as a threat," Artyom Shraibman wrote in a recent article for the Carnegie Moscow Center. For months now various Russia experts and observers have been claiming the annexation of Belarus is all but inevitable and would allow Putin to eventually become president of a Russian-Belarusian Union State. References to Russia's annexation of the Crimean peninsula in 2014 abound.

The theory is that Russian officials could kill two birds with one stone. An annexation of Belarus could solve the mystery of what political role Putin will take after his second consecutive term as president (observers agree he is unlikely to switch roles with his prime minister again to remain in power like in 2008) and could raise Putin's faltering popularity ratings. At the end of January, a government opinion pollster found that under 33 percent of Russians trust their president — the lowest rating in 13 years. 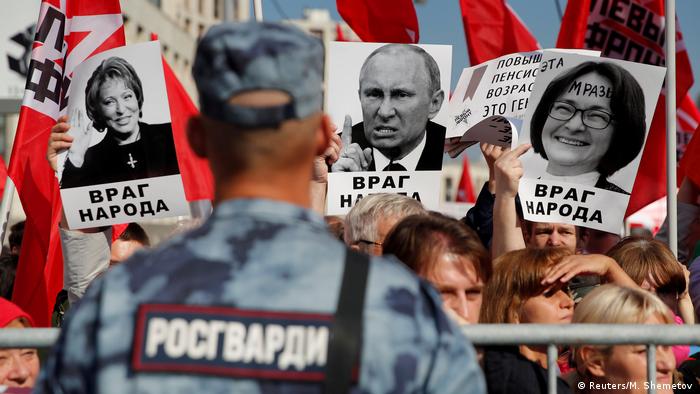 The Kremlin has denied that Belarus could become part of a single state with Russia, with its spokesperson Peskov saying in December that the question now is merely of the two countries "moving towards each other."

Belarusian President Lukashenko, on the other hand, has reacted to the rumors that Russia could swallow up its neighbor by throwing his weight around. In January he said that Belarus will never become part of Russia and that its sovereignty is "holy." He also claimed that Russian economic pressure on his country would lead to it "losing the only ally it has to the West of it" and ordered his government to look into alternative oil providers in the Baltics.

Political scientist Mikhail Vinogradov told DW he predicts that in the current meetings "Lukashenko will play tough to the public while trying to look weak in front of Putin — and the outcome will just be further talks." Lukashenko's public position is perhaps understandable considering a union with Russia seems to be unpopular in Belarus. Local media report that unofficial surveys on social media show only a minority of people want Belarus to join Russia. Carnegie's Shraibman also cites surveys to argue that "Moscow will most likely fail to find its base among Belarusians." 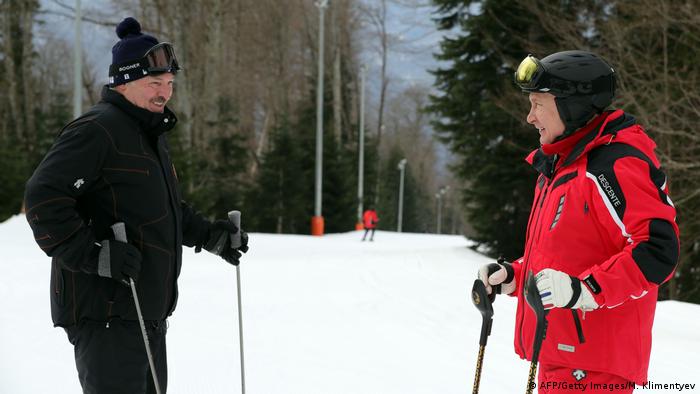 Despite tensions, Putin and Lukashenko did more than just talk shop in Sochi

Mikhail Vinogradov agrees that the louder the debate about an "annexation" of Belarus, the less likely such a move becomes. He argues that in many ways the actions in Crimea "were successful and effective precisely because there were no discussions about them [before it happened], no counterarguments were raised — and the events were a surprise for the Russian elite."

Kremlin spokesperson Peskov has warned the Sochi talks between Putin and Lukashenko probably won't yield a breakthrough. He said they will be considered successful if there is "yet another step towards the development of our relations as a union. This is a long road."

And it is a road that seems to include ups and downs. On Wednesday, both Lukashenko and Putin said they hoped they would be able to use their time in Sochi to do some skiing together.