Could the latest Russia-Ukraine spat herald another Crimea? | Europe| News and current affairs from around the continent | DW | 18.12.2018

Ukraine fears the holiday season may bring new hostilities with Russia. A key American diplomat warns that international support for Kyiv is urgent — and so far absent. Teri Schultz reports from Brussels. 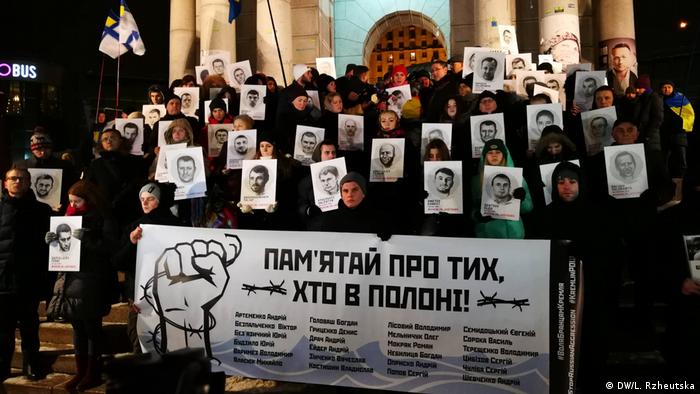 Russian Foreign Minister Sergey Lavrov has said that Ukraine is planning an "armed provocation" in Crimea by the end of the year which justifies Kremlin actions including sending fighter aircraft to the territory Moscow illegally annexed in 2014.

On a visit to Brussels, Ukraine's Deputy Prime Minister Ivanna Klympush-Tsintsadze said there was only one way to interpret Lavrov's remarks blaming Kyiv. "I am taking this as a direct threat from the Russian Federation, and I would hope that everybody in the West — notwithstanding the fact that it's Christmas time — would be very very alert to the actions of the Russian Federation."

NATO spokeswoman Oana Lungescu noted that additional Russian air power in Crimea would be just the latest step in what she called Moscow's "significant military build-up" in the area. "Russia's ongoing militarization of Crimea, the Black Sea and the Sea of Azov pose threats to Ukraine's sovereignty, and undermine the stability of the broader region," Lungescu told DW. "Escalation would be in no one's interest."

Lungescu pointed to the alliance's enhancement of its Black Sea presence since 2014 and the announcement earlier this week that it would deliver a secure communications system to the Ukrainian armed forces by the end of the year. NATO is monitoring the situation in the region, she said, and would remain "vigilant."

But the Ukrainian government alleges that Russia has staged a new, wider buildup of forces along the southern Russian border with Ukraine, even releasing satellite imagery to bolster the claims. Ukrainian President Petro Poroshenko has said that tens of thousands of Russian troops have been assembled, and has declared martial law in parts of the country out of fear that a Russian invasion may be imminent.

Yet while there has been international criticism of Moscow's attack and imprisonment of Ukrainian sailors and ships in the Kerch Strait last month, there has not been any public corroboration from allies confirming a recent surge of Russian activity.

In an exclusive interview with DW, US Ambassador to NATO Kay Bailey Hutchison acknowledged nonetheless that it's a "concern of all of ours" that the Azov incident might be a prelude to another territorial incursion. "Russia is probing where they think that our alliance would be weak and we cannot allow that to happen," she said. "We have to be ready in case they do something again, something that is more provocative." Bound by the need to agree among 29 countries, Hutchison explained that nothing had yet been decided but said a "lot is on the table" under debate at the moment.

"We have sent every signal we can for Russia to do the right thing," she added. 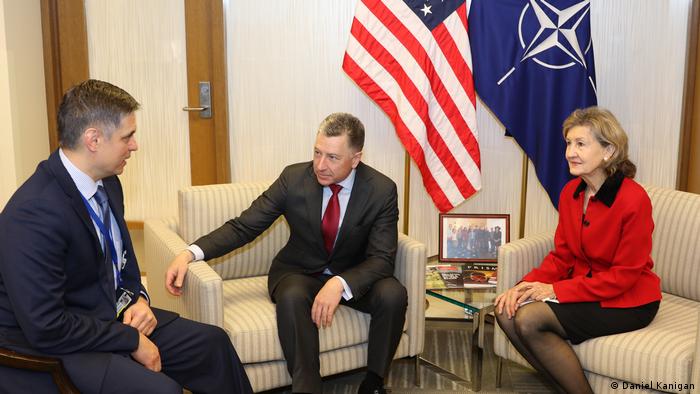 One of Hutchison's predecessors had sharper words to describe the situation after meeting her and Ukraine's ambassador to NATO, Vadym Prystaiko, at NATO headquarters on Monday. In his current role as the Trump Administration's Special Representative for Ukraine, Kurt Volker has more political freedom — and more experience in direct talks with Russian officials. Volker believes Moscow is viewing the tepid international backlash after its brazen Azov attack "opportunistically," and for good reason.

"(T)he West has done absolutely nothing," Volker said. "When you when you look at a military response, a sanctions response, we've issued a few statements, but there has been no concrete response that would address what Russia has done or deter them from doing it again."

Disputing Ukraine's claims of a marked uptick in the Russian military presence along its border, Volker suggested the lack of sudden alarm is due to the gradual nature of the developments. "Has there been a massive buildup of Russian military capacity in the last three weeks? No," he said. "(I)n the last four years? Yes...they have built up capacity surrounding Ukraine in Russian territory."

Niklas Novaky, a security analyst with the Martens Center in Brussels, says the West tiptoes through this crisis at its own peril. "If the West, Europe, the United States, NATO are serious about protecting or ensuring Ukraine's territorial sovereignty, if they're serious that Crimea is still a part of Ukraine rather than Russia, then at some point they need to stand up against Russia when Moscow does something like what it did in the Kerch Strait," he told DW. "We've seen it throughout history that if your policy is appeasement — many times consecutively — you only create opportunities for further aggression from the side of your opponent."

Volker agrees. The Azov attack "may be the first incident of more things to come," he said. "And I think we should be preparing ourselves for that and trying to prevent that in the next several weeks.

"Nato should do more for Ukraine"