The Russian Defense Ministry on Monday said it would "return" more than 10 warplanes to Crimea, according to Russian news agency Interfax.

The ministry said fighter jets, including Sukhoi Su-27 and Su-30's, will be sent to the annexed Ukrainian territory as part of a "permanent deployment." They are expected to arrive by Saturday.

The announcement comes after Russian Foreign Minister Sergey Lavrov claimed in an interview that Ukraine was preparing an "armed provocation with Russia on the border with Crimea during the last ten days of December." 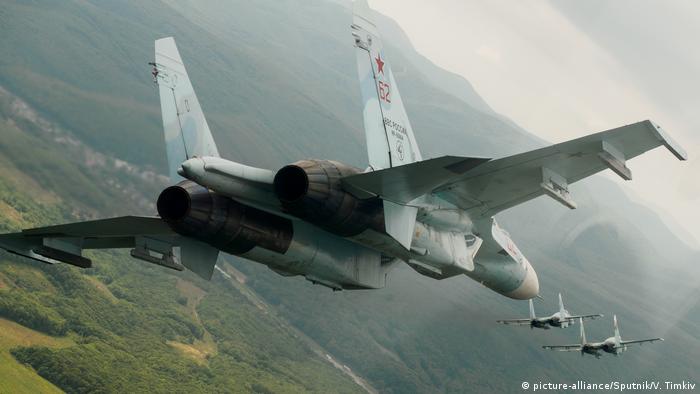 In comments carried by the state-run TASS news agency, Lavrov said Moscow would not allow the Ukrainian government to act on those plans, saying "they will regret it." But he also said that Russia "will not wage war against Ukraine."

From annexation to church split

The incident has further strained relations between Ukraine and Russia, which have been in tatters since a revolution in Ukraine was followed by Moscow launching a military intervention in Crimea and subsequently annexing the Ukrainian territory under an internationally-condemned referendum four years ago.

Russia's actions were largely seen as a response to the ouster of Kremlin ally and former Ukrainian president, Viktor Yanukovych, as a result of anti-government protests. Those events in early 2014 inflamed pro-Russia sentiment in eastern Ukraine, triggering an armed insurgency against the Ukrainian state.

Tensions between Moscow and Kyiv have also impacted relations within the Russian and Ukrainian orthodox churches. On Saturday, a council of Orthodox bishops in Ukraine formally created a new Ukrainian church, effectively severing ties with its Russian steward.

Ukraine to lift martial law if there is no invasion

Ukrainian President Petro Poroshenko has pledged not to extend martial law unless there is a large-scale Russian attack in the coming days. Poroshenko has yet to confirm that he will run for president in March. (16.12.2018)