Russian-Ukrainian church split ′rather dramatic′ | Europe | News and current affairs from around the continent | DW | 14.12.2018

The political row between Kyiv and Moscow has been brewing on a number of fronts — including the church. Against the Moscow Patriarchate's will, Ukraine is now set to open its own national Orthodox church. The protracted conflict between Russia and Ukraine has now taken on a religious dimension as well. Both countries are predominantly Christian Orthodox, and in the past Ukraine accepted Moscow's spiritual guidance. Now, however, Ukraine's Orthodox Church is edging towards independence.

On Saturday, Ukraine's very own national church is set to open in Kyiv. The spiritual leader of all Orthodox Christians, the Ecumenical Patriarch Bartholomew of Constantinople, will attend the inauguration.

The Russian Orthodox Church has already severed all ties with the Ecumenical Patriarchate of Constantinople. DW spoke with Rudolf Prokschi, a church historian from Vienna and expert on eastern Christianity, about the split.

DW: Professor Prokschi, how serious is the conflict within the Eastern Orthodox Church?

Rudolf Prokschi: The facts speak to it being rather dramatic. The Russian Orthodox Church has broken all ties to the Ecumenical Patriarchate. Ukraine has sought to make its Orthodox Church autocephalous — independent, that is — for over 100 years. And now, the country is orienting itself more to the West in a political sense. Many Russians are strongly against this, saying that Great Russia, Little Russia (Ukraine), and Belarus belong together, and in a religious sense, too. 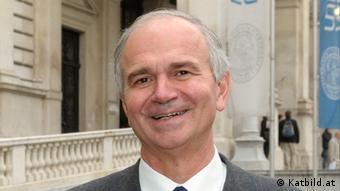 Prokschi is a church historian specializing in eastern Christianity

Just how politicized is this conflict?

It is very politically charged. It is not just about belief. It is all about organizational matters and power. The Ukrainian Christian Church, which is very orthodox and could certainly be independent, was officially linked to the Russian Orthodox Church. But there already were some Ukrainian churches that split off from Moscow. In the past, Ukrainian President Petro Poroshenko called on the Ecumenical Patriarchate numerous times to change the status of Ukraine's Orthodox Church. But none of his efforts proved successful.

How dangerous is the fact that national churches play such a big role in central and eastern Europe?

Eastern Churches emphasize the national dimension much more than Western ones. This is now becoming very evident again. Unfortunately, this does not bode well for a peaceful solution any time soon. 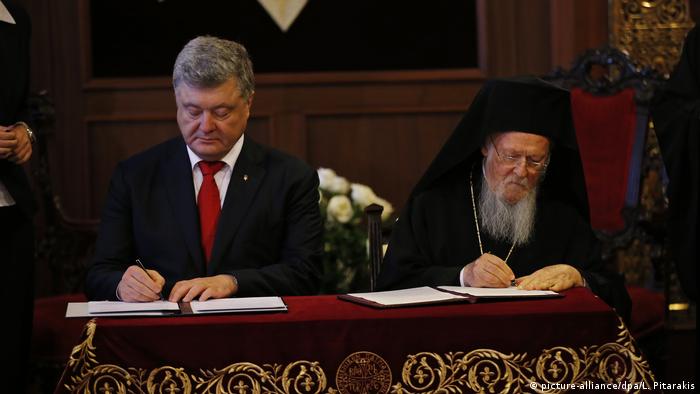 Has there ever since the end of the Russian empire been such a strong relationship between the Patriarchate of Moscow and the Kremlin as there is today?

Definitely not. Stalin at some point tried to instrumentalize the church. But what is happening now under President [Vladimir] Putin is impressive — how fast politicians can change. Putin was once a KGB agent. Then he swiftly learned how to sign the cross and light candles. These days, politicians show up in church for important religious holidays. And for many Russians, Putin is "the defender of Russian traditions and interests." For many, he has also become the "defender of the faith." Putin emphasizes these traditional values to distance himself from the West.

What would happen if there were a split within the church?

It would complicate ecumenical talks tremendously. The Russians have already pulled out of everything under the leadership of the Ecumenical Patriarchate, which is the case for many inter-confessional forums and events. If the Patriarchate of Moscow no longer participates in important ecumenical talks, that means the Catholic Church is not engaging with the Orthodox Church, but merely with certain Orthodox national churches. This would set back ecumenical talks by decades.

Opinion: Orthodox Church rift is a defeat for Vladimir Putin

The imminent emergence of an independent Orthodox Church in Ukraine deals a blow to Vladimir Putin's attempts to keep the country in Moscow's orbit and bruises the Russian Orthodox Church, writes Konstantin Eggert. (16.10.2018)