Opinion: Orthodox Church rift is a defeat for Vladimir Putin 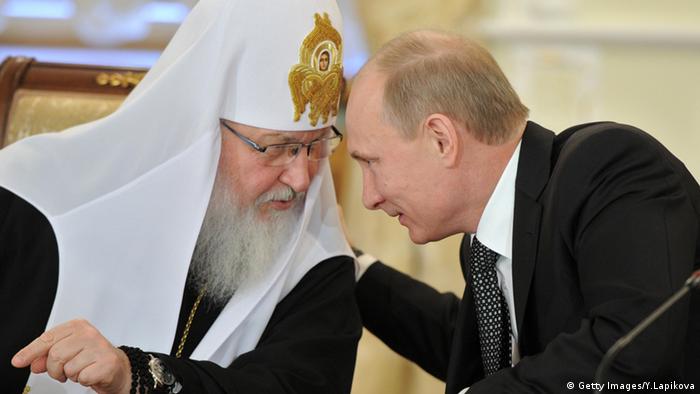 In Saint Sophia's Cathedral in Kyiv, currently a museum, there is scaffolding and noise. I visited the church, which boasts some of the most stunning medieval mosaics in Central Europe, in early October. The works there are not accidental. The cathedral will most likely be the place where emissaries of Ecumenical Patriarch Bartholomew I will solemnly read his "thomos" (Greek for "decree"), granting self-governance to the Ukrainian Orthodox Church.

While the exact date of granting autocephaly, or independence, to the Ukrainian Orthodox Church remains to be determined, the decision by the ecumenical patriarchate in Istanbul (since the days of the Byzantine Empire traditionally called the Constantinople patriarchate) to proceed with it led to a complete breakdown in relations with the Russian Orthodox Church.

"The Moscow church," as it is frequently referred to in Ukraine, is the largest Orthodox community in the country. It enjoys administrative independence but sees Moscow as its spiritual home. The patriarchs of Moscow have had Ukraine under their canonical jurisdiction since 1688, when the Constantinople patriarch, Dionysius IV, gave the primates of the Russian church the right to appoint Kyiv metropolitans.

Dating back nearly 17 centuries, the Patriarchate of Constantinople is the oldest of the 15 autocephalous Orthodox churches. Its primate is considered "first among equals" by other Orthodox hierarchs. Patriarch Bartholomew says the 17th-century decree was a temporary solution and calls his decision to reclaim control over Ukraine legitimate. In preparation for giving the future Ukrainian church full independence, he lifted the excommunication of two previously unrecognized Ukrainian Orthodox churches that had been imposed after they broke away from Moscow in the 1990s.

Konstantin Eggert is a Russian journalist

This led to an angry response from Moscow's Patriarch Kirill. He presided over an extraordinary Holy Synod of the Russian Orthodox Church on Monday. It decreed severing all official ties with the ecumenical patriarchate​​​​​​​. This means that Russian clerics cannot take part in church services together with Constantinople churchmen, and believers cannot take communion in the ecumenical patriarchate's churches.

Rivalry between the ecumenical patriarchate and the Russian Church is nothing new. The former is the most ancient church but quite small in number. The latter, independent only since the 16th century, is the richest and has the most followers. In 1996, the Moscow patriarch, Alexis II at the time, also suspended all ties with the Constantinople church for a few weeks over a dispute over the Orthodox jurisdiction in Estonia. The country ended up with two Orthodox churches — one loyal to Moscow, the other to the ecumenical patriarchate.

However, the crisis over Ukrainian autocephaly is the most serious in recent history. After Vladimir Putin annexed Crimea and, in fact, invaded Eastern Ukraine in 2014, Patriarch Kirill faithfully followed the Kremlin line. In his public pronouncements he bemoans the "civil war in a brotherly country" and calls Russians and Ukrainians "one people." These claims deny the reality of the Russian invasion and Ukrainian statehood. The local head of the pro-Moscow Ukrainian Orthodox Church, Metropolitan Onufriy, does the same — if in a more circumspect way. 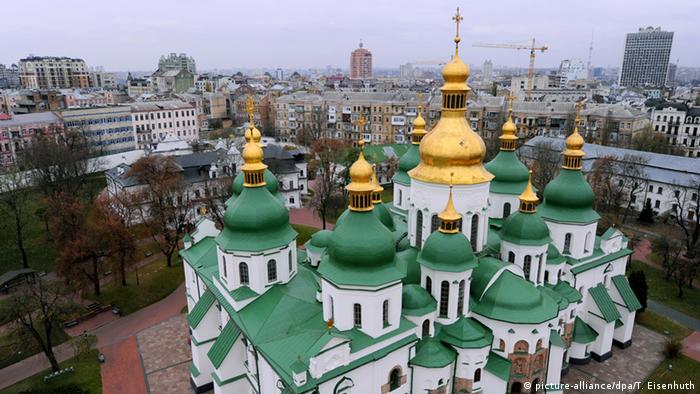 This has led to a backlash in Ukrainian society, where "the Moscow church" is increasingly seen as Putin's agent and propaganda tool. Calls for autocephaly have been growing since 2014. Patriarch Kirill exacerbated the situation in 2016 when, in a last-minute decision, he refused to attend the Pan-Orthodox Council on the Greek island of Crete presided over by Patriarch Bartholomew. He also persuaded the heads of the Georgian, Bulgarian and Antioch Orthodox Churches to do the same. The ecumenical patriarch saw this as a way of snubbing his authority and has since then increasingly hardened his line vis-à-vis Moscow. When Ukrainian President Petro Poroshenko asked him to grant independence to the Ukrainian Church, Patriarch Bartholomew seized the moment.

Read more: Could a rock star become Ukraine's next president?

This does not mean that the Moscow Patriarchate will be banned from Ukraine. Its laws grant freedom of religious association. For the time being, many bishoprics and parishes will continue to pray for Patriarch Kirill as their spiritual head. However, the process of separation from all things Russian, made acute by the war, will in time lead to more and more believers joining the newly independent Ukrainian church. It will almost by default become the standard-bearer of Ukrainian patriotism with quite a tinge of nationalism. This is an inevitable consequence of the Ukrainian nation-building that has been spurred on by Putin's aggression.

President Poroshenko, who faces re-election in 2019, is the big winner here. Patriarch Kirill and Vladimir Putin are the big losers. They have no one but themselves to blame.

Russia is keen to widen its influence in the Middle East. In the second of a three-part exclusive for DW, Benas Gerdziunas examines why the Kremlin is allegedly supporting the Greek Orthodox community in Lebanon. (07.07.2018)

North Korea tells UN it has a right to test missiles, as 'projectile' fired 1h ago