As Orthodox Christian nations on the frontiers of Europe, Russia and Greece have long enjoyed close ties. The recent name dispute with Macedonia, however, has led to a falling out between the two countries. 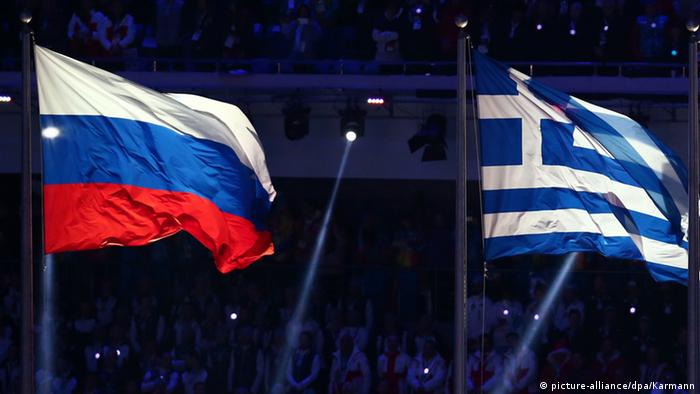 It sounds like a plotline straight out of a James Bond film, but in reality, it's fueled a diplomatic row between former friends. Russian diplomats in Greece were caught last month attempting to bribe local politicians, businessmen and powerful Orthodox priests from the Athos monastery to influence the outcome of the name dispute between Greece and its northern neighbor, Macedonia. In an escalation of tensions, Greece responded by denouncing the four Russian diplomats involved in the scheme.

"The Greek government seeks good relations with all states, but we will not accept behavior that violates international law and undermines the Greek authorities," said Greek government spokesperson Dimitris Tzanakopoulos.

All eyes on the Balkans

Russian President Vladimir Putin has expressed his dissatisfaction withthe agreement reached over the Macedonia name dispute. His opposition comes as part of the long political tug of war that the European Union and Russia have been playing for control in the Balkans.

Following the resolution reached in June, Greece will no longer block Macedonia's EU and NATO accession. The move paves the way for Macedonia to become the latest Balkan state to align with the West.

As an economic bridge between Western Europe and Asia, the Balkans are seen as a key trade route, even more so now that Piraeus, the largest port in Greece, is under Chinese ownership.

"The new Silk Road, which will flow into the port of Piraeus, and then cross the Balkans into Central Europe, gives Greece a new weight in the region," said German-Greek journalist Efthymis Angeloudis. 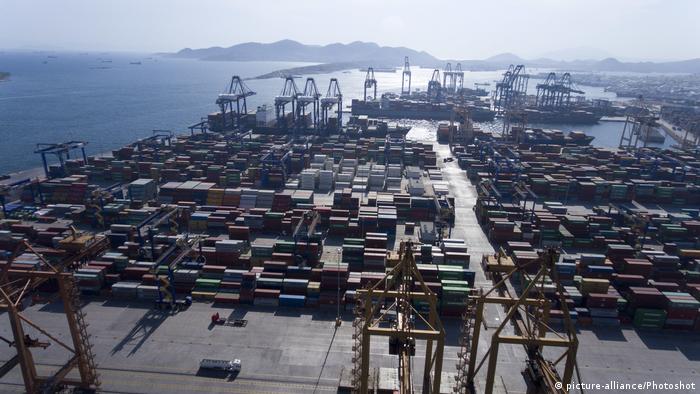 China's new Silk Road stretches to the port of Piraeus

Greek Prime Minister Alexis Tsipras has been pushing for better ties with his country's Balkan neighbors for some time, but Athens' interest in uniting the region predates his term in office.

"Greece played a major role in Bulgaria's and Romania's accession to the EU in 2007. The fact that the Greek government has now found partners in Macedonia is an immense step for the region," Angeloudis said, calling the rapprochement between the two countries "a ray of hope."

EU leaders have long overlooked the crucial role Greece can play in the Balkans, instead viewing the country primarily as as the bloc's tax-evading black sheep. But if Brussels ignores Athens in seeking to align the Balkans with Western Europe, it risks the sort of falling out it's now experiencing with Greece's southern neighbor, Turkey. Ankara had long been friendly towards the EU, but the bloc was content to keep the country at arm's length. Turkish President Recep Tayyip Erdogan's winning the country's recent presidential election, boosting his increasingly authoritarian power and rediscovering his sympathy for Russia, is clear sign that the EU missed its shot at partnering with Turkey in the long term.

When it comes to the ongoing process of rapprochement between the Western Balkan countries, the EU now has a chance to show it has learned from past mistakes.

"The EU should not squander this opportunity with shortsighted action," said Angeloudis. "It is crucial to the future of world trade that relationships in the region are secured and that the EU's doors to the Western Balkans remain secure and open." 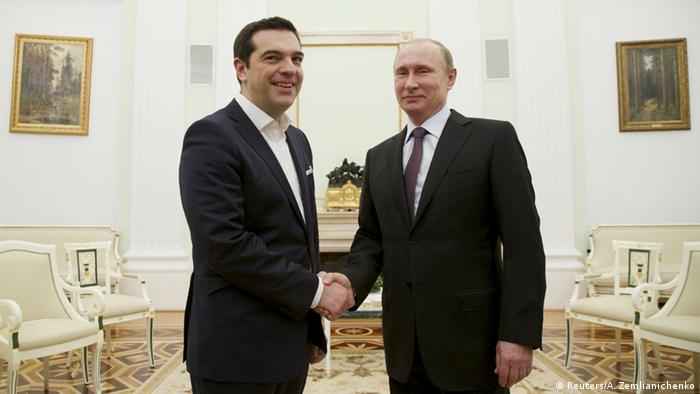 Tsipras met with Putin in Moscow in 2015

Turning away from Orthodox ally Russia

With the Macedonia name dispute agreement, the EU can at least relish in a partial victory against rival Russia in the diplomatic battle for the Balkans — thanks largely to Athens' friendly efforts.

Traditionally, Greeks have viewed Russia, a fellow predominantly Eastern Orthodox Christian country, as a spiritual ally. But for Stavros Tzimas, a journalist covering Greek-Balkan politics for the influential Kathimerini newspaper, this supposed love affair has little to do with reality. He says the fundamental Christian Orthodox tenet that connects the two states has faded into a barely recognizable alliance.

"The assumption of religious unity is based on the myth that powerful Russia is helping its Greek fellow believers in difficult times," Tzimas said. Russia has never truly supported Greece, he explained, citing Prime Minister Tsipras' appeal to the Kremlin in 2015 during the Greek financial crisis as just the latest example.

"When Tsipras traveled to Moscow to plead for financial help from Putin, in the hope for some respite from the fiscal hands of European donors, the Russian president sent him off on his way to Brussels instead," Tzimas said.

Political realities aside, the positive image of Russia in Greece continues to endure. Recent polls show that Putin's standing is high among Greeks. That is because people in the country are not fully aware of Russia's human rights abuses, or how its foreign policy negatively impacts the Greek economy, Tzimas said

Next year, Greece will hold parliamentary elections. For Tsipras, and for the EU, the vote will be a litmus test of how his government has handled the current tensions with Russia.