Ukraine port city struggles to weather clash with Russia | Europe | News and current affairs from around the continent | DW | 03.12.2018

The standoff between Ukraine and Russia has catapulted the Sea of Azov to the top of the international agenda. In the port city of Mariupol, it's apparent that the conflict has been long in the making. 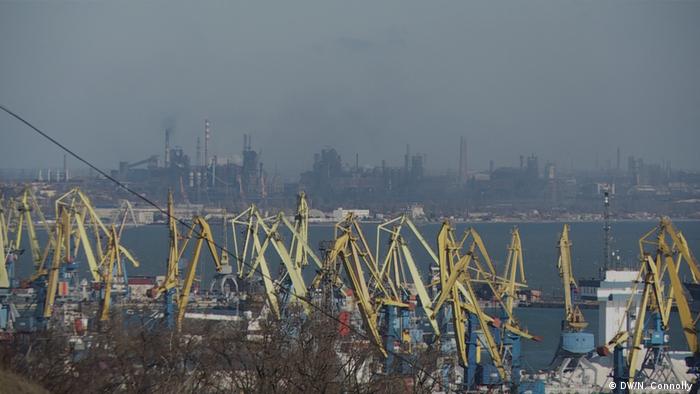 From the roof of Dmytro Yeremenko's boiler room Mariupol stretches out in front of the eye — the port with its many empty quays, the city and the giant steel plants that overshadow it, keeping tens of thousands of locals in work. In the distance Yeremenko shows us a lighthouse that marks the end of government-held territory. Beyond it lies the frontline with separatists backed by Russia less than 20 kilometers (12 miles) from the city center.

But that's not what Yeremenko really wants to show us. The port's chief engineer wants to show us his pride and joy: a roof covered in brand new solar panels. No one dares ask the awkward, unspoken question. Does this port, let alone the city of Mariupol, have a future if Russia controls who enters the Sea of Azov? 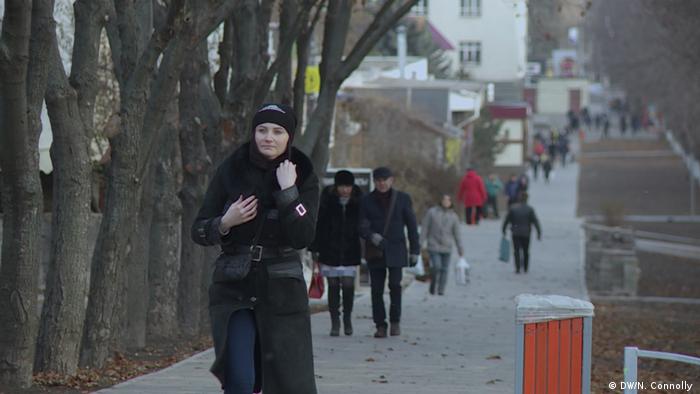 The port is crucial to the economy in Mariupol

Even before Russia captured three Ukrainian military ships heading for Mariupol on November 25, things were not going well for the city and its port. The conflict between Ukraine's government and separatists that has raged since 2014 had already cut Mariupol off from most of its industrial hinterland. Since Russian President Vladimir Putin cut the ribbon on a new bridge linking the Russian mainland with annexed Crimea in May, the biggest kinds of freight ships, Panamax class, that used to account for over 40 percent of Mariupol's trade are physically no longer able to pass through the straits.

Not only that, but Kyiv accuses Moscow of stepping up harassment of all Ukrainian shipping, civilian as well as military. Trumped up security checks paralyze movement under the Kerch Straight Bridge and waiting times of over a week are no rarity. It's enough to move many foreign ship owners to steer clear of the Sea of Azov altogether. Ukrainian officials say that since the recent escalation Russia has not allowed a single ship in or out of the Azov Sea en route to or coming from Ukraine. 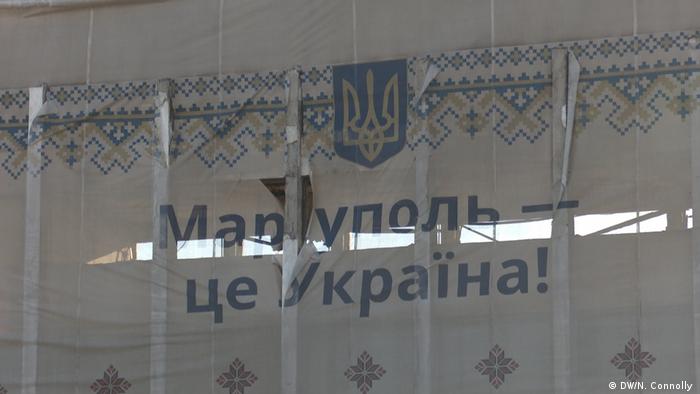 The city hall ruins are bedecked with a banner that reads "Mariupol is Ukraine!"

"Mariupol is Ukraine!" reads a giant, ripped banner defiantly covering the burnt-out ruins of what was once city hall. To bring the message home, it is repeated in English and in Greek, a nod to the city's once sizeable Greek community. The building was gutted by fire in May 2014 when pro-Russian separatists controlled the city for two months.

Even after Ukrainian government forces returned to Mariupol, the killing continued. Thirty civilians died as a result of missile attacks in the course of just one day in late January 2015. Analysts have long speculated that if pro-Russian separatists were to launch a new offensive, Mariupol's strategic location would make one of the top targets.

Too tired to care

Since then Mariupol has lost many of its youngest and brightest, as those yet to put down roots opt to move far away from the frontline. Among those left in Mariupol, most seem too weary to be especially worried. Having an "emergency suitcase" packed and ready to go is seen as nothing more than basic common sense. But for all that, it's a world away from the febrile atmosphere of Kyiv's government district. 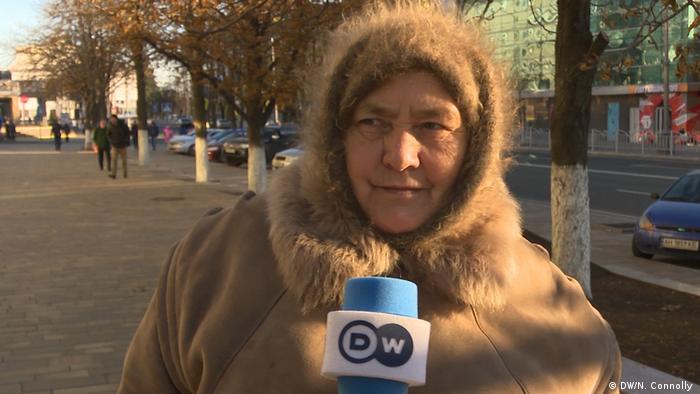 This pensioner, a refugee, has grown resigned

"I just don't care about anything any more, it's awful. This is my fifth year as a refugee. I left everything in Donetsk and came here to Mariupol," says an elderly woman, who prefers not to give her name.

It seems like little can impress younger people in Mariupol, growing up as they have with checkpoints and the sound of shelling. "Everything is alright," says one young man. "People have got used to this kind of thing already. For us, this kind of situation doesn't seem at all unusual."

Those tensions are acute on board the "Donbas," the flagship of Ukraine's nascent Azov Sea fleet, which the vessels seized by Russia were supposed to join. 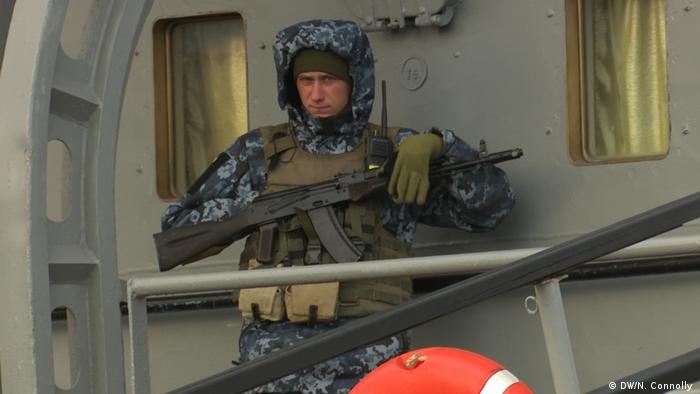 The Ukrainian sailors are on edge

Not only do most of the crew members know the men now being held in Moscow, but they also know their Russian adversaries unusually well: Before Russia's 2014 annexation of Crimea most of Ukraine's naval forces were based on the peninsula, alongside Russia's Black Sea fleet.

When Moscow annexed the peninsula, the sailors faced a choice: Stay put and swear allegiance to Russia or abandon their homes and leave to continue serving Ukraine. The latter is what most of the Ukrainian naval crews now based in Mariupol chose to do.

In any confrontation with Russia's Black Sea fleet they would likely be facing men who once wore the same uniform. 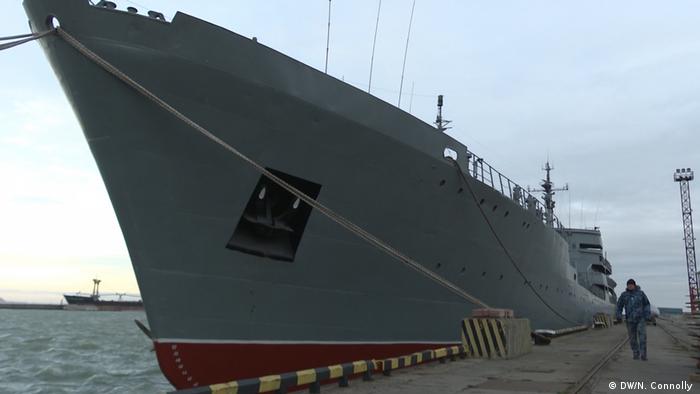 The "Donbas," the fleet's flagship, is 49 years old

Officer Maxym Nosenko explains that he too gave up his old life in Crimea to serve in Mariupol. He rejects the idea that Ukraine's new Azov Sea fleet could seriously threaten Russia in the region. It's an argument that the Kremlin has advanced repeatedly to justify closing off the Kerch Straits.

"At the moment Russia has many, many times more ships in this region than Ukraine — whether that's coast-guard boats, FSB security service vessels or the Russian Black Sea Fleet, you just can't compare it," Nosenko says. 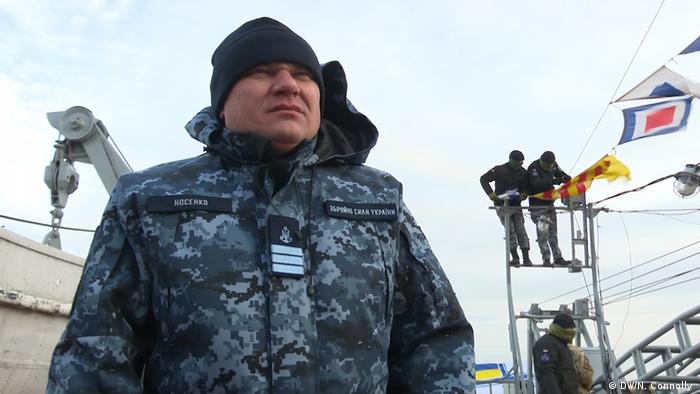 Looking around Mariupol's military harbor it's hard to disagree with him. Aside from the almost 50-year-old "Donbas," Ukraine's naval forces in the region are largely made up of small patrol boats barely larger than a pleasure cruiser.

The three Ukrainian vessels seized by Russia on November 25 had just two dozen crew members. The fleet has fewer than 10 boats at present. Bolstering it with further ships would apparently mean sending them over land.

Women in the Azov battalion in Ukraine