The Admiral Graf Spee preyed on merchant ships in the South Atlantic before being damaged and scuttled. A huge Nazi eagle recovered from the ship has been the source of controversy. 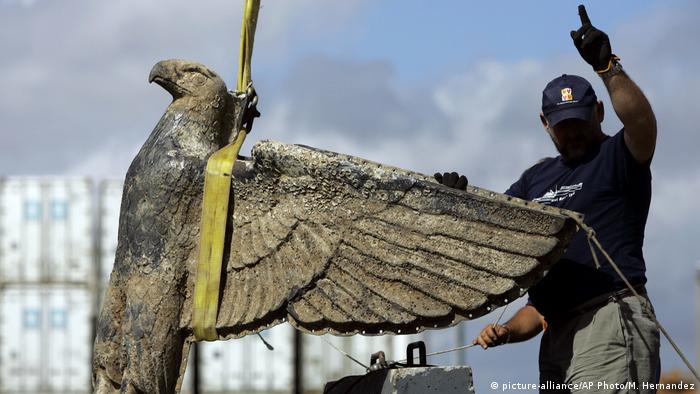 The nearly 800-pound eagle (350 kilograms) with a swastika under its talons was part of the stern of the German "pocket battleship" Admiral Graf Spee that was sunk off the coast of the South American country at the beginning of World War II.

The Third Reich symbol has been the object of controversy for years over German claims of ownership and objections against the piece being displayed in public or sold.

The Uruguay court ruled the eagle, which has been stored in a wooden box in a naval warehouse, must be auctioned off within 90-days and the proceeds divided among the investors of the project who recovered the relic from the bottom of the River Plate.

Uruguay's El Pais newspaper reported that in the past there had been offers of between $8 million to $52 million (€9 million to €59 million) for the object.

Germany had previously said it was against the commercialization of any symbols of the Nazi regime, but would support the presentation of the eagle within a proper historical context such as a museum. 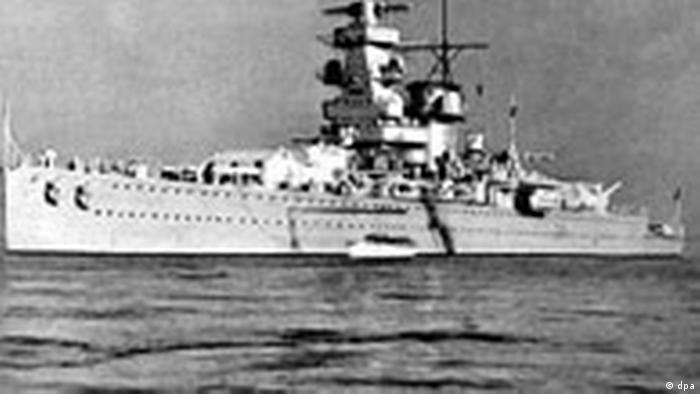 The Admiral Graf Spee, halfway between a battleship and cruiser, combined speed and firepower, and was the state of the art for its time.

Private investors with the backing of the Uruguay government undertook salvage work in 2004 to remove the heavy cruiser from the River Plate as the wreck posed a hazard to shipping lanes.

In 2006, divers hired by the Etchegaray family behind the project uncovered the eagle.

The eagle was briefly displayed in Montevideo after being recovered, before being put in storage after Germany protested against exhibiting "Nazi paraphernalia." 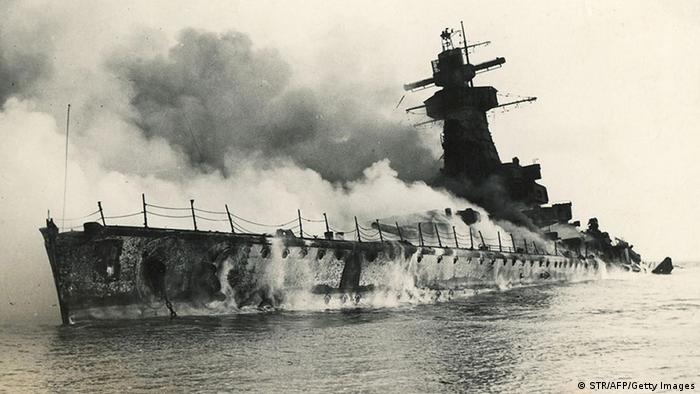 A picture taken on December 17, 1939 shows the Admiral Graf Spee on fire and sinking off the coast of Montevideo.

The Graf Spee sunk several Allied merchant ships in the South Atlantic before two British cruisers and one from New Zealand intercepted and damaged it during the "Battle of the River Plate" that began on December 13, 1939.

Read more: Ex-Nazi rally ground to be renovated in Nuremberg

Captain Hans Langsdorff then brought the warship into Montevideo's harbor, where he was given three days to remove injured and dead sailors. He then ordered the ship scuttled in the estuary off the coast to prevent the Allies from gaining access to its technology. He killed himself days later in a Buenos Aires hotel.

The wreck was purchased in 1940 from the German government by British spies using a Uruguay front company, in order to examine the ship's state-of-the-art technology and design.

Uruguay in 1973 issued a decree claiming ownership of all shipwrecks in its waters.

Semion Rosenfeld escaped from the Sobibor extermination camp in Nazi-occupied Poland, in 1943. The Ukrainian-born Jew has been described as a "true hero." (03.06.2019)