A fresh light on the Nazis′ wartime drug addiction | Germany | News and in-depth reporting from Berlin and beyond | DW | 19.10.2016

Drug-taking in the Third Reich

During WWII, Nazi leaders not only relied on drugs for their soldiers, but Adolf Hitler himself may have been hooked on opiates. Historian Norman Ohler's book on the issue has just been published in English. 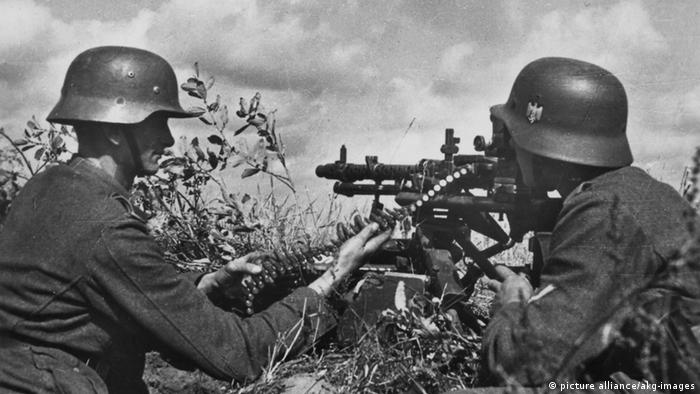 The German title "Der totale Rausch" (which literally translates as "Total Rush") by Norman Ohler is a play on words using the Nazis' references to "total war," most famously made in 1943 by Josef Goebbels in a Berlin speech. As part of a series of questions, answered by the crowd with a chorus of "ja," Goebbels said Britain believed that the Germans were ready to surrender, before asking "wollt ihr den totalen Krieg?" or "do you want total war?"

Ohler has spent recent years researching the Nazi leadership's own appetite for a total rush, for themselves and their soldiers. He told DW that "drug abuse in Nazi Germany was quite shocking."

DW: Total Rush - or Blitzed, which is the book's English title -  what gave you the idea for the book?

Norman Ohler: A Berlin underground DJ, a good friend of mine, once told me that the Nazis took loads of drugs. I'd never heard about that before. But it struck a chord; I felt it rang true, got curious and started going to the German federal archives and US national archives in Washington, D.C., and Maryland.

The first thing I wanted to see were the personal notes of Hitler's personal physician Dr Theodor Morell - and to my delight these notes were quite elaborate, describing how he treated Hitler over the years, including things like "injection as always" and "Eukodal," which is a strong opiate.

Was that the same drug the soldiers were given?

No, the soldiers used Pervitin, a German product patented in 1937 that contains methamphetamine, which is known today as crystal meth. 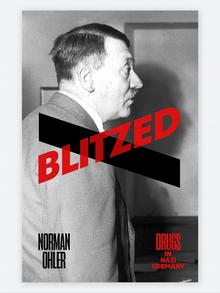 A keen look at drug-taking in the Third Reich

It was freely available as a medicine until 1939. In Berlin, it became a drug of choice, like people drink coffee to boost their energy. People took loads of Pervitin, across the board. The company wanted Pervitin to rival Coca Cola. So people took it, it worked and they were euphoric - a mood that matched the general mood before the war.

Then the army discovered Pervitin?

The army realized there is a drug out there that might be of interest to soldiers because Pervitin keeps you awake for a long time… for the first couple of days, you don't need to sleep. It was used for the first time when Germany invaded Sudetenland and then Poland, and then when Germany attacked France in 1940, a Blitzkrieg strategy. Before that attack, the German army ordered 35 million tablets of Pervitin for the soldiers advancing on France.

Pervitin was used heavily in the German army. Hitler didn't use Pervitin; he was into steroids - animal hormones got injected into his bloodstream. And later he used Eukodal, a pharmaceutical cousin of heroin. Hitler loved Eukodal. Especially in the fall of 1944, when the military situation was quite bad, he used this strong drug that made him euphoric even when reality wasn't looking euphoric at all. The generals kept telling him: "We need to change our tactics. We need to end this. We are going to lose the war." And he didn't want to hear it. He had Dr. Morell give him the drugs that made him feel invulnerable and on top of the situation. 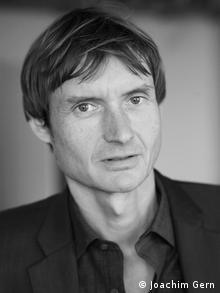 Was this common knowledge in Germany?

No one knew what Morell gave Hitler. Morell didn't tell anyone and Hitler for sure didn't. But a lot of people suspected there was something weird going on. There were some attempts to make Morell uncover what he gave Hitler, but he refused. It was a secret between those two men.

But the soldiers openly took Pervitin?

That soldiers were taking Pervitin was not a secret at all. In the beginning, the army didn't realize Pervitin was a drug; they thought it was just like drinking coffee. But in 1941, it was outlawed and declared an illegal drug. In the army, distribution was then kept under wraps, but the records of the war against Russia aren't as clear as those from the war against France, where we can see how many tablets were distributed. I spoke to a medical officer, who was in Stalingrad, and he said he still issued Pervitin in Stalingrad, but it didn't basically make a difference.

Did other armies take such stimulant drugs as well?

They found out about the German drugs eventually, and the British used amphetamines. Basically, the Germans used crystal meth and the Brits used speed. Many of the American soldiers who joined the war effort went through Britain to get to the war theater and received amphetamines in Britain. The Americans took the drug to keep up with these crazed German soldiers. It took root in the American military: if you look at the Korean War in 1950, it was an amphetamine war where all the pilots were doped up. The Germans started with drugs in the military, but other countries followed suit.

LSD, for instance, was invented by a Swiss chemist, and American intelligence tried to use it, also based on German experiments in the Dachau concentration camp, where a doctor by the name of Plötner used mescaline to develop new interrogation techniques. When Americans liberated the concentration camp, they took these studies and used them in Project Artichoke and applied them in the 1950s to discover who was a Soviet agent and who wasn't.

What came as the biggest surprise to you during your many years of research for this book?

I found Hitler's excessive drug abuse to be the most astonishing.

Norman Ohler, born in 1970, is an award-winning German journalist and writer of novels and film scripts. He spent five years researching his first nonfiction book. He delved into archives in Germany and the US, and he spoke to eyewitnesses, military historians and doctors. "Der totale Rausch" hit the stores in Germany in September 2015, and was released in English under the title "Blitzed - Drugs in Nazi Germany" in October 2016.

A new play explores the myth behind 'Mein Kampf'

The copyright on Hitler's book will expire at the end of 2015. Amidst the current political discussions, the theater collective Rimini Protokoll created a play which aims to demystify the controversial work. (04.09.2015)

For years, neo-Nazis in northern Germany have been trying to turn the village of Jamel into their own little paradise. A husband and wife who are trying to stop them now have to live with police protection. (01.09.2015)

Meth behind mass poisoning in Germany

Police responding to a call for help at a convention center in northern Germany found 30 people in a zombie-like state. It's not yet clear what exactly was going on, but it looks as if methamphetamine was involved. (04.09.2015)