For years, neo-Nazis in northern Germany have been trying to turn the village of Jamel into their own little paradise. A husband and wife who are trying to stop them now have to live with police protection. 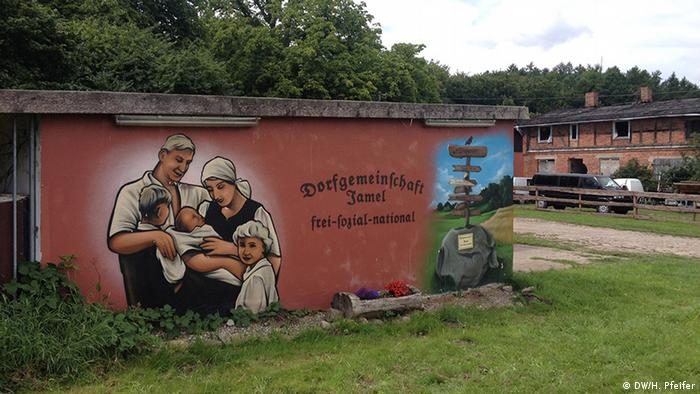 At the moment, nothing is as it usually is in Jamel. A barricade blocks the only entrance to the village. Everyone who wants to enter is subject to police questioning. Drivers are then shown to an improvised parking lot on a field. Normally, Jamel is a quiet little settlement in a wooded area nestled between cornfields and orchards.

The Baltic Sea coast is only a short drive away. But on this weekend in August, it's home to an annual music festival that attracts a wild mix of people: teenagers, senior citizens, men in suits, punks and politicians. They come here to party for two days, and to send a message against right-wing extremism and racist violence. The police come each year as well - not to protect the villagers from the visitors, but to protect the visitors from the villagers: Welcome to the Nazi village of Jamel. 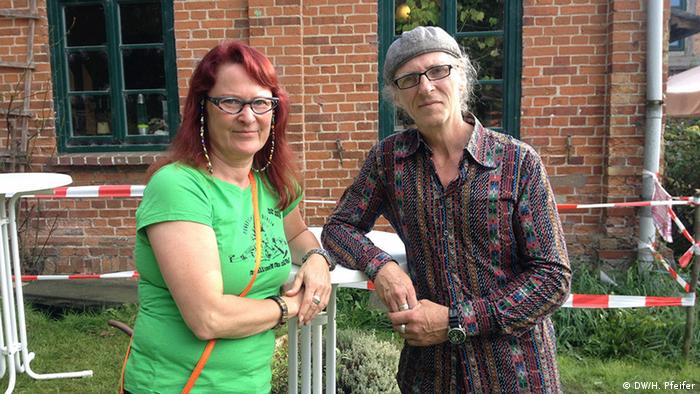 Horst and Birgit Lohmeyer: alone in the Nazi village

Visitors first stop by to see Horst and Birgit Lohmeyer, the couple that organizes the festival each year. They've lived in Jamel since 2004. Now, their life includes police protection. Shortly before this year's festival, the Lohmeyer's barn burnt down. Investigators found fire accelerator and concluded that the fire was arson. The Lohmeyers think so, too. They've been receiving threats for years from their right-wing extremist neighbors who want to turn Jamel into a "model Nazi village" by buying up property to rent to sympathizers. The Lohmeyers want it to stop, but they're the only ones in the village who say so openly.

"Let's go into the village!" a young man calls to his friends. A walk through Jamel is one of the highlights of the two-day festival. But most visitors only dare do so because of the heavy police presence. What awaits them is a trip back in time to the Germany of the Nazi era. 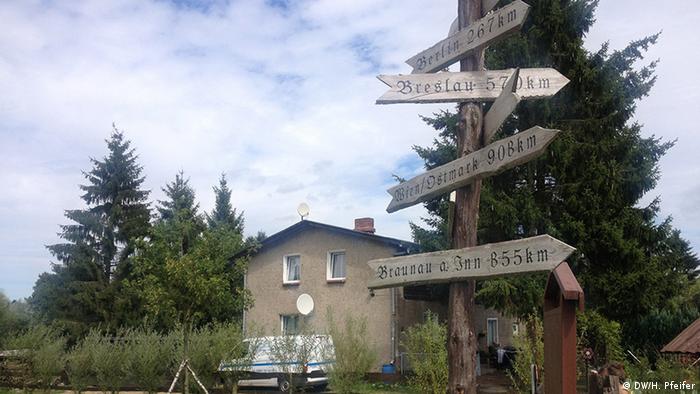 One of the signs, on private property, points to Hitler's birthplace in Braunau

Photos of the Nazi village: "Otherwise no one would believe it"

A mural depicting a blond man with his wife and children dominates the middle of the village. It bears a neo-Nazi slogan:

"frei - sozial – national." The mural is illuminated at night. A few meters away stands a signpost with old German lettering. One sign points toward Vienna in the "Ostmark," the National Socialist name for Austria. Another sign points to Braunau am Inn, the birthplace of Adolf Hitler, some 855 kilometers away. There's also a playground for the neo-Nazis' many children. It features a tree trunk engraved with a "life rune" or sign of health adopted by Heinrich Himmler's SS as a symbol for the "Lebensborn program" - the Nazi's attempt to build a master race. 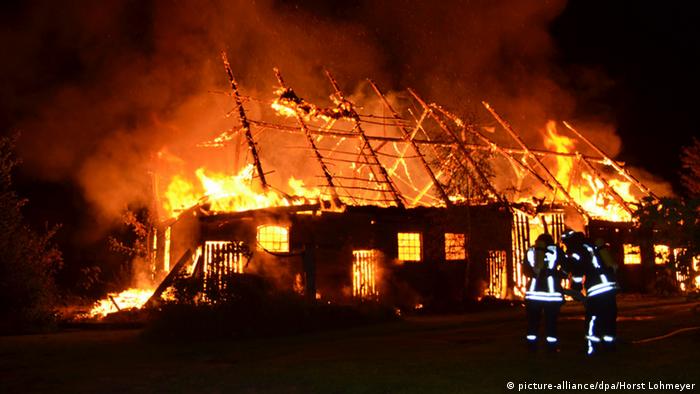 The Lohmeyer's barn burned down: the work of suspected neo-Nazis

On the village street, an old woman in an apron stops to let Jamel's blond children pet her dog. What does she think of the Lohmeyers? "They live over there, and I live here," she answers in her northern German dialect. And the Nazi murals? "They don't bother me." And what was it like the night the Lohmeyers' barn burned down? "I didn't notice anything."

Another older woman did notice the fire. "Yes," she said, standing in front of her white picket fence, "but I have no time to talk now. "

The neo-Nazi families have set up a bouncy castle for their children at one end of the village. They are celebrating the start of school this weekend, and are also hosting many guests. Some have adorned their vehicles with the imperial war flag, a symbol used by the far right. The families are sitting around on benches and chairs, handing around a pair of binoculars to see whom the police are letting into the village. Every now and then, the men take a stroll through the village. They stand out with their shaved heads and tattoos, and clearly enjoy the attention. They're aware that the visitors know how many fires their opponents have had to endure in recent years. And that police discovered a machine gun with 200 rounds in the house of their leader, Sven Krüger. And that they are prepared to use violence. And that, 363 days out of the year, they are in the majority. This weekend is the only exception. 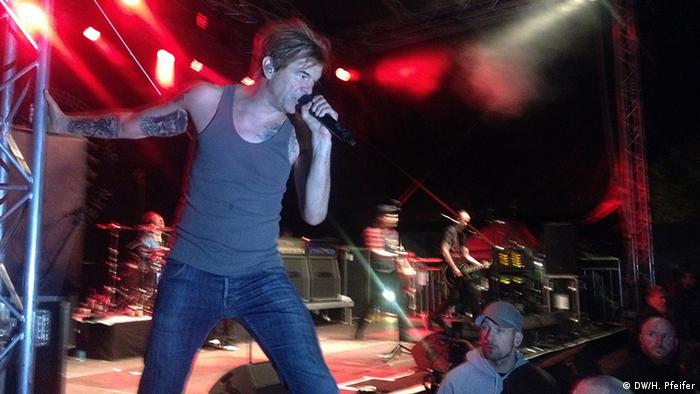 "Stand up to this Nazi stupidity"

This is the weekend that the German majority takes back the village of Jamel, as it does every year in August. Since the arson attack on their barn, the Lohmeyers have more support than ever. And almost all their supporters say they don't know how they can continue to live in the village and stand up to the neo-Nazis.

This year, people have come from all over the country. At a time when right-wing extremists are attacking refugees in Germany, they say it's more important than ever to show solidarity with the Lohmeyers. Their message: those who believe in democracy are still in the majority in Germany.

The Lohmeyers are overwhelmed. "This is a very strong symbol," said Horst Lohmeyer. The couple counts on this support to see them through everyday life in the village. Over the course of the weekend, they're repeatedly celebrated on stage. The head of the construction trade union hands them a check for more than 10,000 euros. He says more people need to stand up to this "Nazi stupidity." The Lohmeyers, he said, have put the neo-Nazis of Jamel in the public spotlight. "No one can deny what is happening here," he said.

This year's festival attracted several prominent visitors. The state premier of Mecklenburg-Western Pomerania praised the civil courage on display and the Federal Minister for Family Affairs was seen dancing at a surprise concert by the famous German band, Die Toten Hosen. Lead singer Campino bowed before the Lohmeyers, who were moved to tears by the gesture.

The crowds of supporters have left Jamel now, and the Lohmeyers are once again on their own. Only the police remain by their side. For the time being, they'll continue to guard the couples' home each night.

Top German band Die Toten Hosen have turned on a surprise act in support of a couple who have defied local neo-Nazis. Birgit and Horst Lohmeyer have organized nine concerts for tolerance on their northern German farm. (30.08.2015)

Police have made arrests in at least one apparent arson attempt against a refugee center in Germany. Recent attacks in two cities apparently targeted asylum seekers (21.08.2015)