Ex-Nazi rally ground to be renovated in Nuremberg

More funding has been pledged for repairs to the site where Hitler propagated his murderous ideology and paraded his forces. Each year, 300,000 people visit the site's adjacent Documentation Center on Nazi crimes. 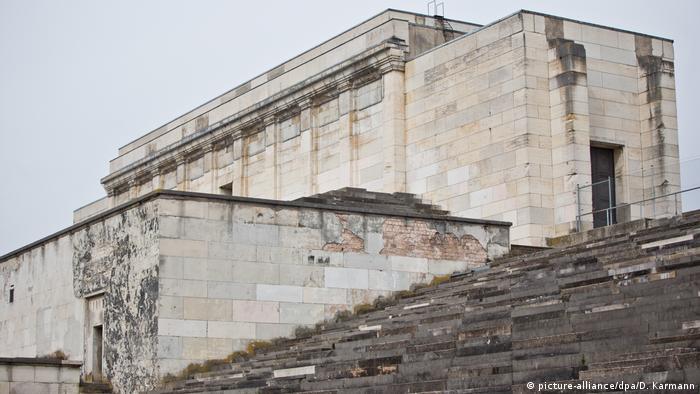 Bavarian State Premier Markus Söder has promised that his southern German state will pay a quarter of the €85 million ($95 million) foreseen to maintain the former Nazi party rally grounds ("Reichsparteitagsgelände") in Nuremberg over the next decade.

Last year, the federal government decided to carry half the cost — €42.5 million — for the parade field and to stabilize the decaying stonework of the "Zeppelin" grandstand, which Nuremberg's mayor Ulrich Maly insists is needed to keep the solemn "place of learning" for future generations.

Local critics have instead argued for "controlled decay" of the whole 11-square kilometer (4-square-mile) complex on Nuremberg's southeastern outskirts, which since 2001 has included a modern Nazi-crimes Documentation Center inserted into another set of ruins, its former "NS Congress Hall."

Between 1933 and 1938, Germany's far-right dictatorship staged six Nazi party rallies on the northern Bavarian city's parkland, remodeled by Hitler's architect Albert Speer to include its "Zeppelin Field." Some of his planned structures were never realized.

Under post-war American occupation, building elements were demolished. Film footage from 1945 showed a swastika atop the field's grandstand being blown apart. 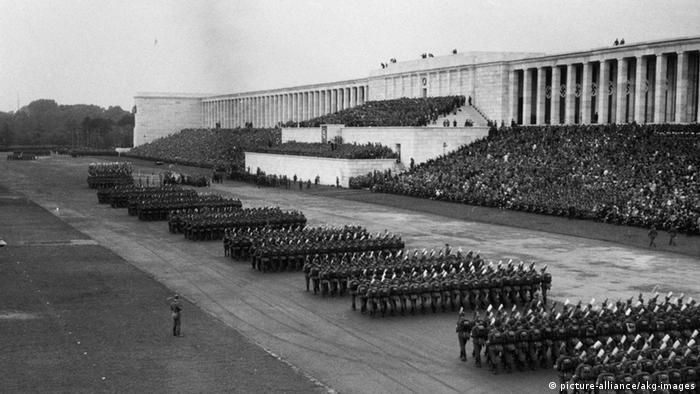 September 1936: Hitler's forces parade on the Zeppelin Field and Grandstand

In 2011, Nuremberg city decided to preserve the field, with its grandstand, which got its name from a 1909 landing by a prototype Zeppelin airship.

Ahead of a news conference Saturday, inside a chamber below the grandstand, Mayor Maly, who plans in 2020 to quit local politics, said stonework repairs were essential to keep the "educational site" accessible. 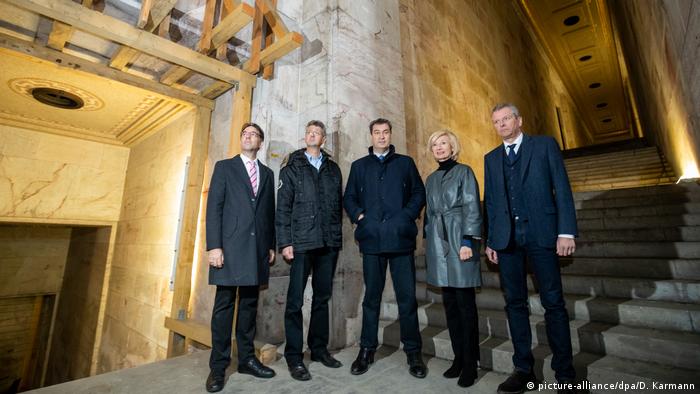 City building curators say 80 percent of the grandstand's steps and 60 percent of the stone façade are dilapidated because under Speer construction work was done hurriedly.

City cultural officer Julia Lehner said the "Zeppelin" site formed a "triad" with the Documentation Center opened in 2001 and a display in the city's courthouse complex where the post-war Nuremberg trials of top Nazi perpetrators took place, according to a report by Nuremberg newspapers.

Söder, himself from Nuremberg said Zeppelin field and grandstand must be kept as an "authentic remembrance site for future generations."

The building had "world-historic significance," he said, adding that again Germany was witnessing [far-right] "movements"that wanted to dwell on the past. "We can't let it be seized under any circumstances."

"The influence of National Socialism on the world was terrible, not only in Deutschland but in the whole world: A cataclysmic war, the destruction of millions of people took its starting point from the ideology [propagated] here," said Söder.

Famous abroad for both its Christmas market and its past as the site of Nazi rallies and Nazi war trials, Nuremberg is now vying to become a European Capital of Culture. It's one of several German cities to bid. (15.12.2016)