Over half of the 24,000 far-right extremists in Germany are potentially violent, the Interior Ministry has said. The opposition FDP wants extremists tracked where they communicate: in online game platforms. 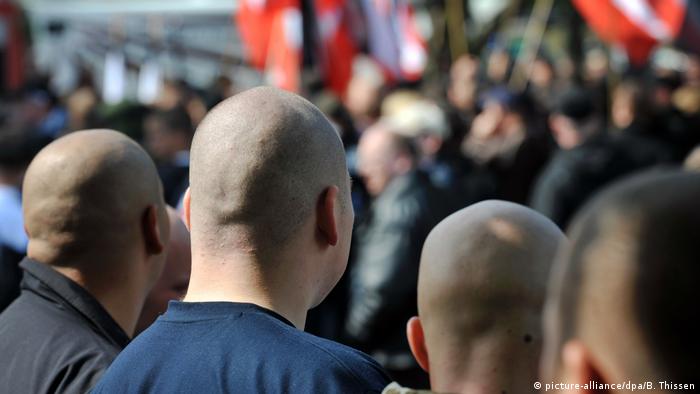 Konstantin Kuhle, internal affairs expert of the liberal FDP, on Friday demanded that German authorities focus "more strongly" on communications by potential far-right assailants, including those allegedly organizing and chatting via gaming platforms.

Far-right content stayed viewable "for years" on the internet, Kuhle told the Neue Osnabrücker Zeitung (NOZ) newspaper. The issue of violence shown online and radicalization in online games and forums resurfaced after the massacre in Christchurch, New Zealand, was broadcast live by a lone gunman on Facebook. Extremists need to be followed on the online game platforms they use to communicate, Kuhle said

Kuhle questioned whether the government was watching for far-right extremist activity on online game platforms like Steam. Kuhle pointed out that David S. has used the platform prior to a July 2016 rampage in Munich in which he shot dead nine mostly young people near a mall before taking his own life.

On that platform "he found confirmation there from other users and is revered to this day in different [internet] groups," said Kuhle, the former chairman of the FDP's youth wing and now a member of the Bundestag Interior Affairs Committee.

Steam describes its service — used by millions of subscribers around the world — as "the ultimate destination for playing, discussing, and creating games." 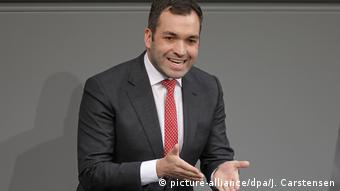 A reply by the Interior Ministry to a parliamentary question submitted by Kuhle showed that Chancellor Angela Merkel's government had "no effective strategy" to counter radicalization on the net, Kuhle's office told DW on Friday

The ministry said the BfV, Germany's domestic intelligence agency, based in Cologne, regularly monitored "many hundreds of relevant internet presences, or rather, profiles and channels of the far-right scene," including on Steam and other online game platforms.

Citing 2017 figures, the ministry put the number of "potentially violent" people among 24,000 estimated far-right extremists at 12,700 – or more than one-in-two.

On May 1, 300 right-wing extremists in uniform T-shirts and banners and shouting "criminal foreigners out" marched through Plauen, a town of 65,000 in the state of Saxony, prompting an outcry from Jewish organizations, Greens and the Left party.

The march went ahead, with public assembly approval from the county [Landkreis] and overseen by police, despite German laws that draw the line at displaying uniforms and insignia reminiscent of the Nazi era. 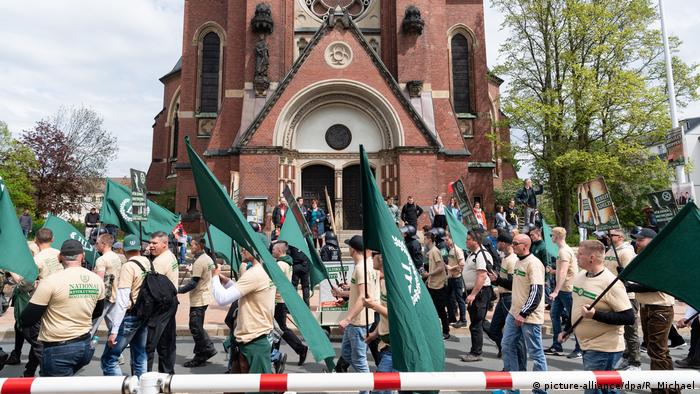 Asked by Kuhle if links existed between people who used platforms such as Steam, football-scene hooligans and the anti-migrant Identitarian Movement, the ministry replied it had "no such knowledge."

"The authorities' digital competence and equipment must be improved to ensure that communication about right-wing extremist attacks does not turn into actual deeds," he said, based on a "new concept to counter radicalization on the net."

Removal of illegal content from game platforms, the ministry said, was the task of providers under the "notice and take down-principle" within Germany's Telemedia Law, and, "conceivably," directives issued by regional state authorities among its Länder.

PlayerUnknown's Battlegrounds, or PUBG, has been blocked across the country after parents filed a complaint that it was detrimental to their children. India is considering a similar ban. (12.04.2019)