At the United Nations Environment Assembly in Nairobi, more than 200 nations passed a resolution to eliminate plastic pollution in our seas. Although it's not a legally binding treaty, it could pave the way to one. 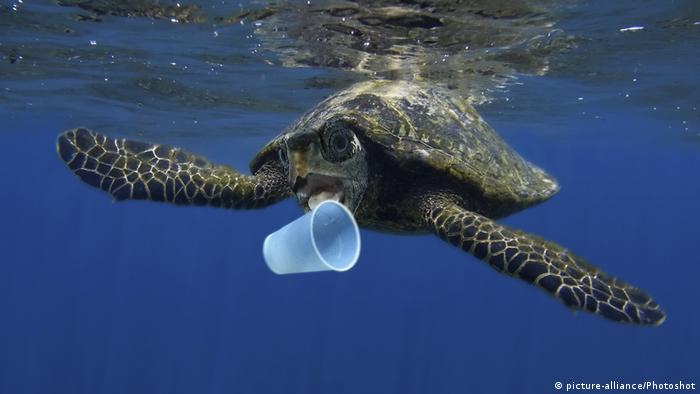 More than 200 countries have promised to turn the tide on throwaway plastic packaging that is clogging our oceans and threatening marine ecosystems.

At the United Nations Environment Assembly happening this week in Nairobi, a resolution has been passed aimed to end marine plastic pollution.

Hopes for a binding treaty

In advance of the assembly, a UN marine ecosystems chief called marine plastic pollution a "planetary crisis," and environmental groups had hoped for a "Paris-style" global treaty aimed at tackling it. The Paris Agreement, adopted in 2015, lays the fundamental groundwork for the world to take action on climate change. 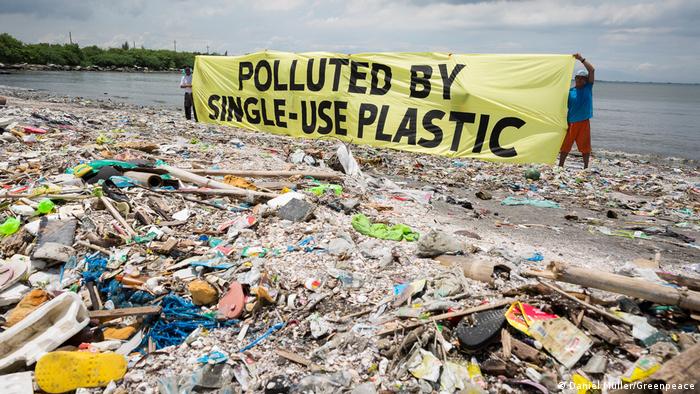 "Plastic is not constrained by national boundaries, because it migrates via water and air currents and settles in benthic sediments," they said in an article in the Proceedings of the National Academy of Sciences.

"More than 50 percent of the ocean's area sits beyond national jurisdiction, including the infamous 'garbage patches' in oceanic gyres where plastic accumulates."

The resolution signed this week is nonbinding. But Norwegian Environment Minister Vidar Helgesen said he hoped it would lead to a more enforceable agreement.

"We now have an agreement to explore a legally binding instrument and other measures and that will be done at the international level over the next 18 months," he told Reuters.

This week's resolution reaffirms the commitment under the UN Sustainable Development Goals to "prevent and significantly reduce marine pollution of all kinds, in particular from land-based activities, including marine debris and nutrient pollution." 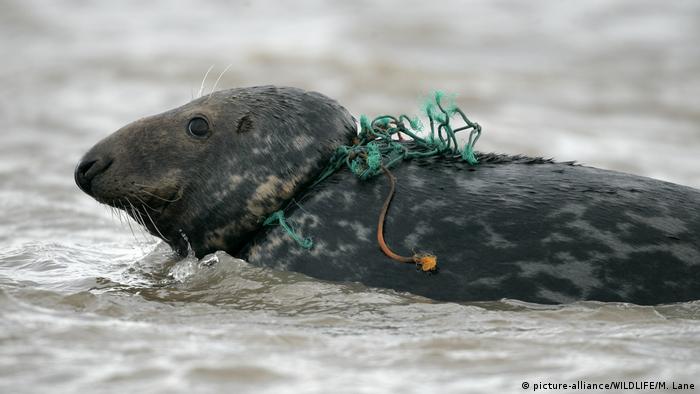 Animals find themselves tangled up in garbage, and microplastics make their way into the food chain

It encourages member states to take action to prevent marine litter and microplastics, do more to recycle, and quantify and clean up existing ocean pollution.

The resolution is part of a declaration the UNEP said would promote fiscal incentives to reduce waste, strengthen laws against pollution, and promote "sustainable lifestyles based on a circular economy."

During the UNEP Assembly, Chile, Oman, Sri Lanka and South Africa joined the Clean Seas campaign. Sri Lanka announced it would ban single-use plastic products from the start of 2018, and step up efforts to recycle waste.

"We have banned plastic bags and are now working to reduce the number of plastic bottles in the country," said Sri Lankan Environment Minister Anura Dissanayake. "We want to be a green and blue beacon of hope in Asia, and do everything we can to keep the seas clean."

The Clean Seas campaign also urges companies and individuals to take a pledge against plastic waste, for example promising to reuse plastic bags, choose products with less packaging and bring our own containers for takeout food.

In addition, the "stop sucking" campaign to reduce the use of plastic drinking straws.

Most of the plastic in our oceans doesn't get dumped there directly, rivers carry it to the sea. As it turns out, a very small number of them do most of the damage. (30.11.2017)