Tunisia and Kenya recently joined the ranks of African countries banning the use of plastic bags - but poor waste management and a mentality of littering make the prospect of a plastic waste-free society unrealistic. 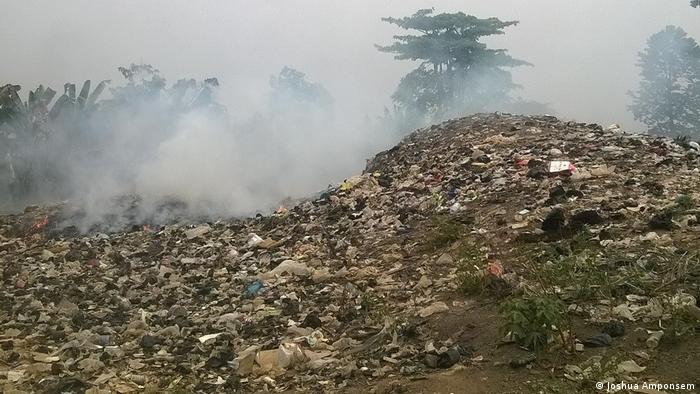 Plastic bags are used daily across Africa - the bans are hoped to tackle the pervasive problem of waste. In both Tunisia and Kenya, the ban applies to vendors, companies and producers of plastic bags.

Kenya has vowed to be successful in this, its third ban. David Ongare, Kenya's director of environment compliance, told DW that the country is ready to impose the ban again in the future until the desired outcome is obtained.

This time around, the Kenyan government has launched a public awareness campaign drawing in the media and nongovernmental organizations to make the ban more effective.

Ongoing consultations with stakeholders such companies that produce plastic bags are trying to get everyone on board, Ongare added - there have been 27 sessions since the ban came into effect in March.

"Kenya is a country of pastoralists, fisherman and tourism. The presence of plastic bags has made those sectors to suffer as a result of the use of plastic bags," Ongare told DW.

According to United Nations Environment Program, more than 8 million tons of plastic end up in the oceans every year, where it impacts marine life, fisheries and tourism. 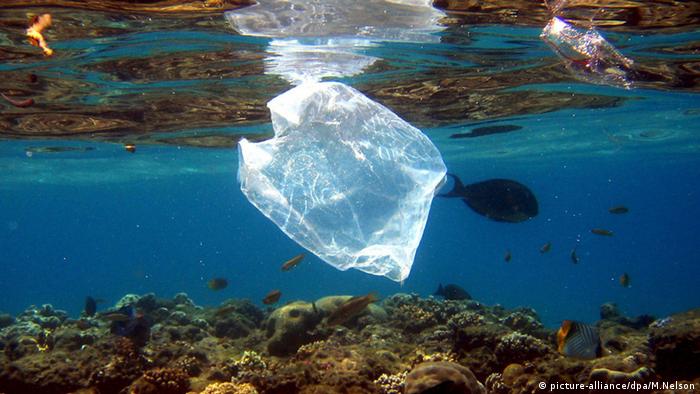 Plastic is the primary solid waste pollutant in oceans

UNEP indicates that 80 percent of all litter in our oceans is made of plastic, and costs at least $8 billion in damage to marine ecosystems globally.

For Tunisia, the ban is part of a broader effort at establishing greener policy. It came into effect on March 1, 2017, and requires all supermarket chains to stop distributing the bags.

According to the Tunisian government, the ban will be successful because nongovernmental organizations are guaranteeing their full support.

In an interview with DW, Afif Fantar - an engineer with the Tunis International Center for Environmental Technologies - said that his group welcomes the plan. "I see a slight change in the city of Tunis where I am right now," Fantar told DW. "The use of plastic bags has been reduced, and somehow I see a better situation in the streets," he added.

Tunisia had considered cutting plastic bag usage years ago, but implementation was delayed. "Now that the government has officially announced its commitment, I see a better future for our society in the next years," Fantar said. 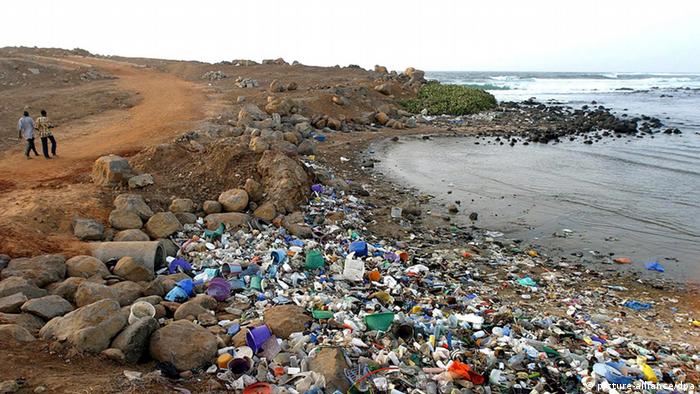 With more than a decade since bans were put into place in other African countries, modest progress has been made. Some positive examples include Rwanda, and the archipelago of Zanzibar in Tanzania, where the use of plastic bags was effectively stopped.

Dumping plastic bottles, bags and cups after a single use is projected to result in our oceans holding more litter than fish by 2050, while an estimated 99 percent of all seabirds will have ingested plastic. There is even evidence that plastic waste threatens soil fertility.

Similar bans were introduced in other African countries like Botswana, Eritrea, Mauritania, Morocco, Rwanda, South Africa and Uganda, but practical results have yet to be seen.

Two Australian surfers are on a mission to stop plastic pollution in the ocean. They've developed a floating trash can that filters and collects garbage that has made its way into the sea. (26.05.2017)

The remote Pacific island awash with our plastic trash

Researchers have found 37.7 million pieces of trash on the beaches of a tiny uninhabited island in the middle of the Pacific Ocean. Almost all of the garbage they found on Henderson Island was made from plastic. (16.05.2017)

In a bid to clean up the islands of garbage streaming across the world's oceans, a new system designed to collect millions of tons of plastic is to be launched in the Pacific by the end of the year. Julian Ryall reports. (16.05.2017)

In an accidental discovery, it has been found that larvae of the greater wax moth eat and digest polyethylene plastic bags in record time. Will this find solve our plastic garbage problem? (24.04.2017)

Not all bags are created equal

Whether it’s a tote made from organic cotton, or a paper sack: there are any number of alternatives to using a disposable plastic bag for shopping. Here we highlight a few of them. (17.04.2014)