Stopping deportations would "motivate even more Afghan citizens to leave their home," the six states say. Afghan authorities have asked deportations to stop until October. 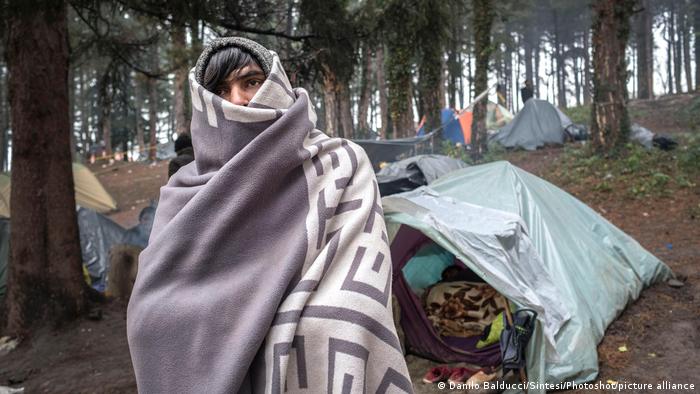 Six EU countries have asked the European Commission not to stop the deportations of unsuccessful asylum migrants back to Afghanistan as thousands flee the Taliban's takeover.

Ministers from Germany, Austria, Belgium, Greece, Netherlands and Denmark said "stopping returns sends the wrong signal and is likely to motivate even more Afghan citizens to leave their home."

The move follows a plea from the Afghan Ministry of Refugees and Repatriation on July 8 to stop EU returns of its nationals for three months during the current resurgence of the Taliban.

What did the letter say?

The letter signed by the six states said that more moves should be made on the ground to support Afghanistan and neighboring countries rather than halt deportation from the EU.

"We fully recognise the sensitive situation in Afghanistan in light of the foreseen withdrawal of international troops," said the joint statement.

It recognized that there were 4.6 million Afghans that had already been displaced by the conflict with 570,000 asylum applications from the country lodged in the EU since 2015.

"In view of of the expected likelihood that Afghanistan will continue to be a significant source of irregular migration to the EU, we would like to underline the importance of returning home those without genuine protection needs," said the six countries.

They urged "the Commission to intensify talks with the Afghan government on how returns to Afghanistan can and will be continue in the coming months."

EU countries have come under increasing attack from human rights groups for the decision to continue returning unsuccessful asylum applicants. On August 3 the European Court for Human Rights ruled not to send one of these migrants back to Afghanistan at least until the end of August.

"That regions of a country are not safe does not mean that each national of that country automatically is entitled to protection," added Belgium's secretary for asylum and migration, Sammy Mahdi.

What has the EU said?

A spokesman for The European Commission said: "At an EU level there isn't a list of countries considered safe relating to asylum applications or for returns.

"It's up to each member state to assess... the country of origin and the
situation of the person concerned," he said.

But a senior EU official said on Tuesday that it wants to avoid "a massive flow of migration from Afghanistan." 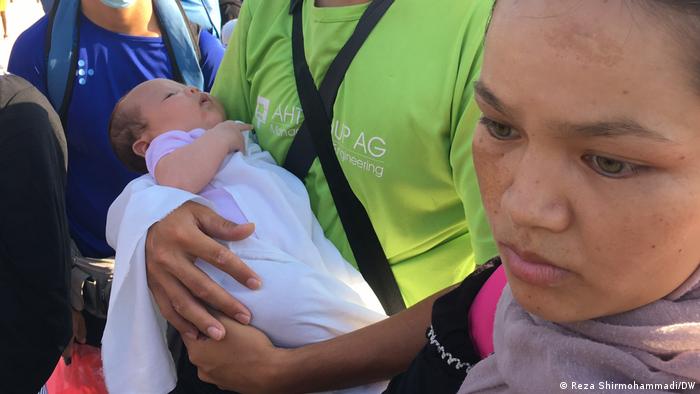 According to the official, 80% of deportations to the war-torn country are "voluntary."

The official said the situation in the Middle Eastern country is "challenging" although it is not yet "desperate" in that it still had a solid government unlike Syria and Iraq in past refugee crises.

But the EU was concerned about fighting stifling the arrival of humanitarian aid in the country, Doctors without Borders (MSF) said on Tuesday that the situation has "deteriorated" to the point that some cities have "medical facilities on the front lines."

What is the situation in Afghanistan?

By Tuesday the Taliban had taken six Afghan provincial capitals forcing thousands to move to Kabul and other safer areas.

The insurgents, who want to establish Sharia law in the country, are now looking to take Mazar-i-Sharif, the largest city in the north of Afghanistan.

Its fall would mean an area that has voiced strongest opposition to the Taliban could now be out of government control.

The US, which aims to withdraw all its troops by the end of August, has sent a special envoy, Zalmay Khalilzad to Qatar to try to get a ceasefire with the Taliban.

But Pentagon spokesman John Kirby admitted there was "not much" the US could do but trust the Afghan government forces to turn the tide.

With the Taliban advancing through the country at an alarming rate, experts believe more revenge killings could be on the way.