Very few of the people currently trying to get into the EU via Turkey are from Syria. The reason why highlights a key aspect of the current crisis, says Rainer Hermann of the German daily Frankfurter Allgemeine Zeitung. 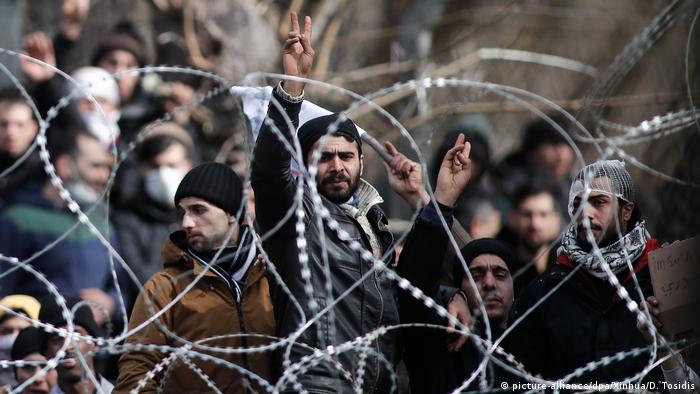 There are two reasons why relatively few Syrians and a disproportionately high number of Afghans in Turkey have made their way to the country's border with Greece and the European Union. Syrians who have managed to gain a foothold in Turkey in the past few years would have a lot to lose if they migrated illegally to Europe. Afghans, along with many other irregular migrants from Iran and Pakistan, would not. Syrians usually live in family units: They stay. Afghans and Iranians in Turkey are mostly young, single men: They want to leave.

The current migration crisis has highlighted an important aspect of the problem. It's not only Syrian refugees who have sought refuge in Turkey. The country has become an important transit station for migrants from other countries who have no intention of staying in Turkey, but have in fact always wanted to go to Europe.

There are an estimated 5 million registered and irregular migrants living in Turkey. This represents 6% of the Turkish population. Only a few countries in the world have a higher proportion of migrants. Afghans make up the second-largest group, after the 3.6 million registered Syrians. It's impossible to determine exactly how many hundreds of thousands of Afghans are currently living in Turkey. The third-largest group is Iranians: an estimated 20,000 people.

Rainer Hermann is a journalist at the Frankfurter Allgemeine Zeitung

For the Turkish authorities, fighting this unwanted influx of Afghans is akin to tilting against windmills. Last year, according to official figures, Turkey arrested 200,000 Afghans for entering the country irregularly, placed them in temporary deportation camps, and deported them to Afghanistan or prepared them for deportation. This is usually carried out by plane.

Large parts of the Turkish border with Syria are now protected by a high concrete wall. For a few months now, Turkey has been greatly reinforcing the police presence along its Iranian border. It's here that irregular migrants from Afghanistan, Pakistan and Iran enter the country. Unlike the Mesopotamian lowlands of northern Syria, this section of the Turkish border is mountainous, which makes it difficult to control.

No help for the people of the Hindu Kush

Afghans view Turkey as just a difficult transit country. Syrians there benefit from aid from the Turkish state and international organizations, as well as the refugee agreement with the EU, but refugees from other countries are usually left to fend for themselves. At present, Turkey only grants political asylum to Syrians and Iraqis, not Afghans. Afghans receive no support at all — not in finding accommodation or in finding work. Many end up working illegally for well below the minimum wage.

As a rule, they can't get either a work permit or a residence permit. And without official documents, they can't access the Turkish health service or enroll their children in school. At best, Turkey grants them temporary protection. The only help they may get comes from private aid organizations.

They therefore have very little incentive to remain in Turkey, and most don't want to, either. So when the Turkish president declared the border to the EU open, he provided them with a welcome opportunity. It removed another hurdle from their path; but for most, the next one — getting into Greece — is still too high.

What awaits the people in Russian-annexed Ukraine? 2h ago