'We have no other choice': Afghans stranded at Greece's gates 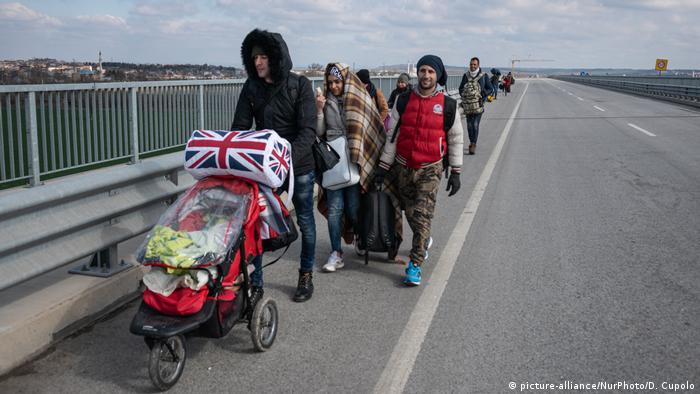 A video currently circulating on Twitter depicts the dramatic scenes unfolding at the Turkish-Greek border right now. In the video, a man is seen helplessly carrying a small girl in his arms. The air is filled with smoke — tear gas, presumably. Another man, speaking Dari — one of Afghanistan's two official languages — yells at him: "Give her slap on the back." The little girl is apparently gasping for breath. Beside her, a hysterical woman screams.

Footage like this shows that Greek border police are deploying almost all means possible — including tear gas and stun grenades — to repel migrants desperate to enter the EU.

The February 28 announcement by Turkish authorities that they would not prevent migrants from heading for the EU set in motion a major migrant exodus towards the Turkish-Greek border. The UN reports that currently, some 13,000 people have gathered on Europe's doorstep. Greece, meanwhile, has bolstered its border security and won't let anyone pass.

The migrants find themselves in a hopeless situation. Among them are Syrian and Afghan refugees, who have been desperate to flee to Europe for years. 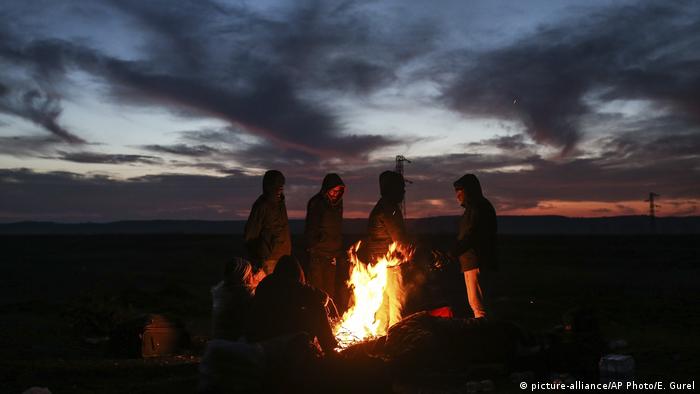 Migrants stand around a bonfire as they try to warm themselves in Edirne, Turkey.

Mohammad Hussain Mohammadi is a young Afghan man currently based in the Turkish city of Edirne, near the Greek border. He told DW the migrants are facing a "humanitarian catastrophe" and that "yesterday, three people died." DW was unable to independently verify this claim, however, and no official statement has yet been released regarding this matter.

Mohammadi says he learned Turkish and spent the past eight months searching for work. He complains that "they don't give Afghans work, so I'm forced to enter the EU to make a living." He has attempted to cross over into Greece with other migrants, but was driven back by border guards. Mohammadi says he, along with several others were injured in the process.

Now Mohammadi does not know what to do. He says that one of his friends, who returned to his former home in Turkey, had his keys confiscated by Turkish authorities who told him to leave, because refugees are no longer welcome in the country.

Anger at the EU

The harsh conditions along the Greek border are particularly difficult for women and children to endure. One woman, whose identity will remain anonymous for security reasons, is waiting at a motorway service station near Edirne with her children and other refugees. She says her husband made it to Finland, but all her requests to join her spouse failed. She even enlisted the help of a lawyer, to no avail. She says she is exhausted and out of money. Adding that "my son is struggling psychologically, and my other children suffer from panic attacks — not to mention what I am going through." She feels trapped, with nowhere to go, saying that "the Greeks took my money, how am I supposed to return to Turkey now?" 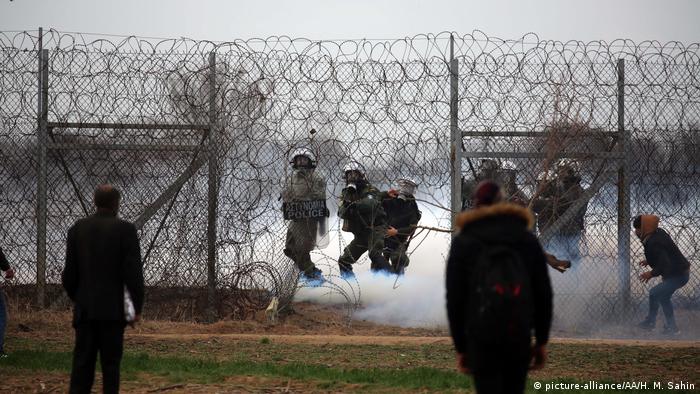 Several migrants were injured and hospitalized after Greek security forces opened fire on those waiting at its border to cross into Europe.

Another woman, whose identity will remain confidential for security reasons, lashes out at the EU, saying she does not see why everyone raves out the bloc's record on women's rights. Angrily, she asks: "How much longer are we supposed to live like this?" She says she applied for asylum in Turkey but "they would always put obstacles in our way; we have no other choice but to live in this squalor and try to make it across." She begins crying, and says: "Do you think I would make my children live in this filth and cold if I had a choice?"

Why are Afghans fleeing?

In 2001, the US and its allies toppled the Taliban regime in Afghanistan. This, however, tipped the country into turmoil and bloody conflict. In late February this year, the US and the Taliban finally signed a peace deal, under which the Taliban promised not to attack US military bases and troops. But it could still take many months, or even years, until the Taliban reach a peace agreement with the Afghan government.

Bellinda Bartolucci, who heads the legal policy department at ProAsyl, a German immigration advocacy organization, says Afghan civilians face an extremely dangerous situation. Aside from this, she says that "many people are persecuted, mostly by the Taliban." She adds that because only very few civilians have the opportunity to find a safe location within Afghanistan, hundreds of thousands flee to neighboring Iran and Pakistan. Only a fraction of these, she says, manage to flee to Europe, which usually takes them though Turkey and Greece.

A study published last year by Asienhaus Foundation revealed that most of those fleeing this region do so because of Afghanistan's precarious security situation. Aside from this, those surveyed mentioned unemployment, low quality of life and bad governance as reasons for emigrating.

Reza Shirmohammadi contributed to this article.

EU 'strongly rejects' Turkey’s 'use' of migrants at border

The EU has advised the 12,500 migrants gathered at the Greek border that "illegal crossings will not be tolerated." France's top diplomat accused Ankara of "blackmail" after Turkey decided to open its borders to Europe. (04.03.2020)

German Foreign Minister Annalena Baerbock has tested positive for coronavirus and is cutting short a trip to Pakistan. The minister had just arrived in Pakistan as the first stop on a tour of several countries.