Russia calls for Syrian refugee repatriation, but war rages on | Middle East | News and analysis of events in the Arab world | DW | 27.07.2018

Russia calls for Syrian refugee repatriation, but war rages on

The Russian government has announced that Syrian refugees could soon return to their homeland. However, the country is still torn by conflict and many of those who fled fear reprisals from the regime of Bashar Assad. 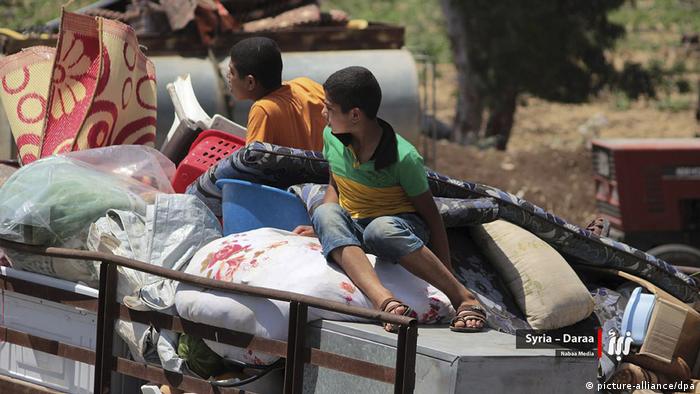 Syria is anything but safe these days, as this week's bloody terror attack made abundantly clear. Four suicide bombers struck Sweida in southern Syria, while others targeted villages in its vicinity, killing dozens of residents. The so-called Islamic State claimed responsibility for the carnage. A total of 246 people were killed, including 135 civilians, according to the Syrian Observatory for Human Rights. 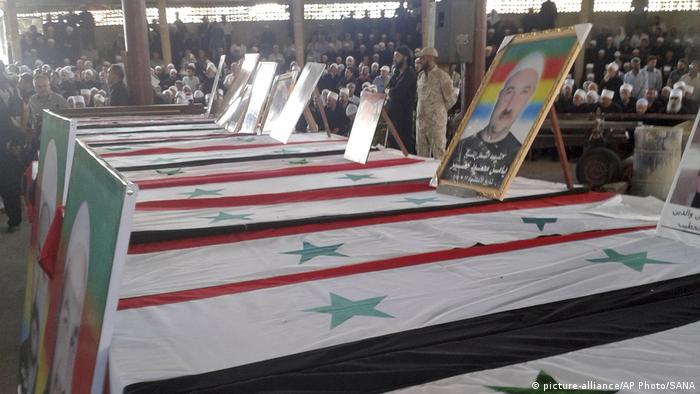 Elias Perabo of the Leipzig-based organization Adopt a Revolution, which is affiliated with Syria's opposition movement, says the country is still too dangerous for refugees to return. "Just three months ago, about 150,000 people fled the suburbs of Damascus," he told DW. "And there are over 5 million internal refugees within Syria." All this, Perabo said, rules out the return of Syrian refugees any time soon.

Syrian President Bashar Assad several weeks ago launched a campaign to retake the rebel stronghold of Daraa. Following weeks of fighting, 50,000 residents were forced to flee, according to the Syrian Observatory for Human Rights. Most of them attempted to seek safety in Israel and Jordan. However, the two countries refused to open their borders. Israel did recently permit numerous Syrian so-called White Helmet first responders and their family members to cross the border and travel onward to Jordan. Some 400 individuals were evacuated. In autumn, they will be distributed to various Western countries who have agreed to take them in. Syria, incidentally, regards the White Helmets as terrorists.

Perabo estimates the Syrian civil war is gradually coming to an end, but doubts whether the country will ever be safe for Assad's opponents. "The regime does not protect human rights and many people are being persecuted," he said. "Many disappear in jail, and those who are already locked up are not released."

The regime's Law Number 10, for example, allows the government to seize the property of individuals who are unable to prove the ownership of their dwelling. The measure particularly affects dissidents who have fled abroad. Returning to Syria to prove their ownership is too dangerous, as they would likely risk being arrested. That, too, shows it is still out of the question for Syrian refugees to repatriate, said Perabo.

He noted the Syrian regime has largely regained control of country: "So why would it be willing to make any concessions?" Instead, it is signaling former dissents, who once took the the streets and took up arms against Assad, that they are not welcome back, Perabo said.

Russian Foreign Minister Lavrov's call for Syrians to return to their homeland is thus little more than a propaganda move, argues Syrian human rights activist Adnan al-Nashi. He believes Moscow is merely trying to convince the United States and the European Union that its involvement in Syria has been an all-around success.

Al-Nashi, however, disagrees. He told DW that Russia cannot grantee Syrian security, especially now that Assad is again firmly in charge: "How is the country to regain stability when the regime has spent the past eight years fighting its own people, and continues to do so now?"

Russian authorities have announced that the Syrian regime does in fact want to see its people return from abroad. Meanwhile, Russia has dispatched working groups to Jordan, Lebanon and Turkey to aid the repatriation of Syrian refugees. Thus far, however, very few Syrians appear willing to actually return.