As regime forces take over the birthplace of the country's revolution, experts have described it as the "end of the Syrian revolution." What was once known as the "moderate opposition" has all but disappeared in Syria. 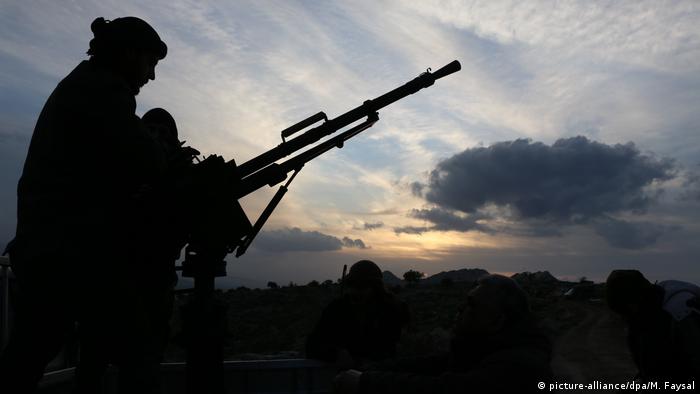 In a defeat steeped in symbolism, Syrian regime forces have ousted rebels from parts of Deraa, considered the birthplace of the country's uprising. Deraa was where peaceful protests erupted in 2011, in what would eventually lead to a bloody regime crackdown that triggered a war.

Seven years later, armed opposition groups in the area agreed to surrender and hand over heavy arms under a Russia-brokered deal, even while regime forces continued to bombard rebel-held pockets in and around Deraa city.

Losing Deraa marks a significant blow to Syria's rebel movement. While under previous surrender deals, opposition fighters unwilling to make peace with the government would be transferred to Idlib, their last bastion in the country, this time regime negotiators have reportedly rejected such a compromise, a sign of how Damascus views its newfound position.

"Deraa is the end of the Syrian revolution," Joshua Landis, director of the Center for Middle East Studies at the University of Oklahoma and editor of Syria Comment blog, told DW. 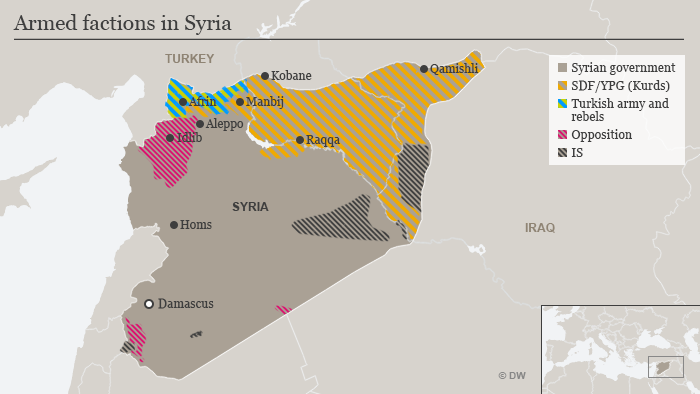 'In the works for years'

In June 2011, opposition to the regime of President Bashar Assad culminated in the founding of the Free Syrian Army (FSA), bringing together military officers who defected from the armed forces and rebel groups willing to take up arms against the state. In its infancy, the FSA was widely seen as the armed "moderate opposition" in Syria.

While it enjoyed popular and international support at its onset, including receiving aid from the US and European allies, the alliance of armed opposition groups began to splinter a year later, most notably under the weight of hard-line Islamist elements. Some FSA members even defected to the "Islamic State" (IS) militant group in 2014.

Since then, the opposition movement has further fractured into various factions, witnessed Islamist militant groups rise to the forefront and seen major losses in its former strongholds, most notably in Aleppo and eastern Ghouta.

"The end of the armed opposition has been in the works for at least the past three years in my view, if not longer," Yezid Sayigh, senior fellow at the Carnegie Middle East Center in Beirut, told DW.

"Any doubts on this score should have been dispelled following their major losses of eastern Aleppo and eastern Ghouta, and in light of their continuing inability to take advantage of the [Kurdish-led Syrian Democratic Forces'] expansion and US deployment in other parts of Syria in order to rebuild or regain some initiative."

Indeed, the fractured rebel movement has been unable to fend off the regime's latest offensives, aside from in Idlib in northern Syria, where experienced militant groups such as the al-Qaida-linked Hayat Tahrir al-Sham have effectively taken control.

But all is not finished for Syria's rebels. Turkey remains a crucial partner for armed opposition groups in Syria, including what has now become the FSA.

In northern Syria, Turkey-backed FSA rebels captured Kurdish-held Afrin earlier this year in an operation that threatened to cause a further deterioration in relations between Ankara and Washington, its military ally and fellow NATO member. The US has backed the Kurdish-led Syrian Democratic Forces (SDF) in the fight against IS. Turkey considers its own presence in Syria crucial for its security.

"The north will be a very different battle. Assad has promised to take back every inch of Syrian soil. He will want to push the tens of thousands of rebel soldiers who have collected in Idlib province into Turkey, along with their families," Landis told DW.

However, the rebel groups in Idlib aren't considered the "moderate opposition." Brett McGurk, who heads US efforts against IS, described Idlib last year as "the largest al-Qaida safe haven since 9/11," referring to the terror attacks in the United States on September 11, 2001. "Idlib now is a huge problem."

Even given the hard-line nature of rebels groups in Idlib, Turkey is unlikely to give way to a regime offensive in the province.

"Turkey will not accept this. The dominant militias are hard-bitten jihadists," Landis said. "Already Turkey has set up over 10 'observation' posts in Idlib that are manned by Turkish soldiers with heavy equipment."

As such, Turkey is also trying to guarantee the rebels it backs still have a place at the negotiating table when it comes time for a peace process. But for many, the "moderate opposition" that rose up on the wave of popular revolts across the region has all but disappeared.