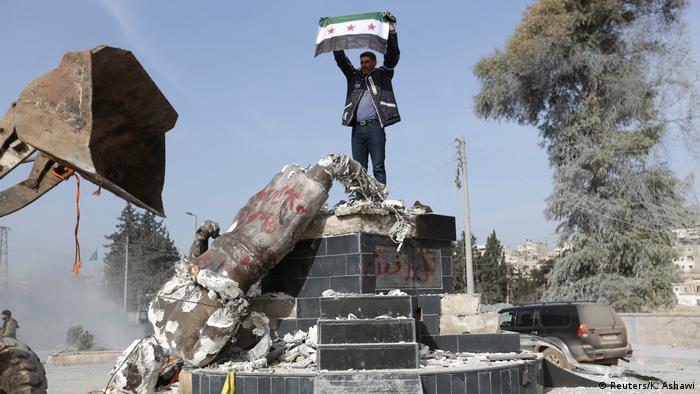 The Turkish army and Syrian rebels backed by Ankara took control of the Syrian town of Afrin on Sunday, marking a major setback for Kurdish forces in the area.

"Units of the Free Syrian Army (FSA), which are backed by Turkish armed forces, took control of the center of Afrin this morning," Turkish President Recep Tayyip Erdogan said.

Read more: With Turkey's offensive in Afrin, Erdogan is seeking to kill two birds with one stone

Images showed Turkish tanks and FSA fighters in the city center, with troops also lifting the Turkish flag on one of the buildings.

FSA troops began pillaging goods shortly after taking control of the town and some fighters tore down the statue of a Kurdish hero, according to the AFP news agency.

An FSA spokesman said rebel forces had entered Afrin before dawn on Sunday and met no resistance.

An official in Afrin said Kurdish forces would start engaging in guerrilla warfare against Turkish and FSA soldiers in the city and surrounding region.

"Our forces all over Afrin will become a constant nightmare for them," said Othman Sheikh Issa, co-chair of the Afrin executive council. 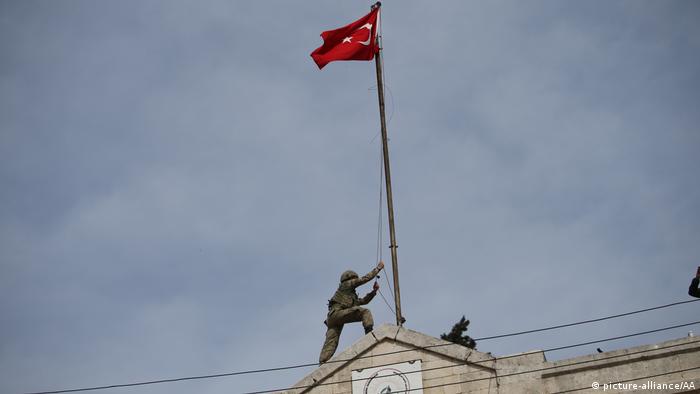 More than 1,500 Kurdish fighters have been killed since Turkey began its offensive on January 20, according to the UK-based Syrian Observatory for Human Rights.

Ankara launched the operation with its Syrian rebel allies to uproot "terrorist" elements from its southern border, targeting the Kurdish People's Protection Units (YPG) and its allies.

Turkey claims that the YPG, which forms an integral part of the US-led fight against the "Islamic State" (IS) militant group, is an extension of the Kurdistan Workers' Party (PKK). The PKK is a terrorist-designated group that has carried out a decades-long insurgency against the Turkish state.

Read more: 'The Kurds put their trust in the US and the West'

Turkey's military offensive has sparked tensions in the Kurdish community in Europe, with thousands taking to the streets to protest the bloody campaign. Kurdish political leaders have warned of a campaign of ethnic cleansing in the northern Syrian enclave.

"Kurds are face-to-face against slaughter in multiple geographies," Pervin Buldan, co-chair of the Peoples' Democratic Party (HPD), told more than 10,000 protesters in Hanover on Saturday. The HDP is the third-largest party in the Turkish parliament.

Over the past week, more than 150,000 people living in the area have fled fighting between Turkey-backed rebels and Kurdish fighters. The YPG has held Afrin since 2012, when Syrian government forces withdrew from the area. 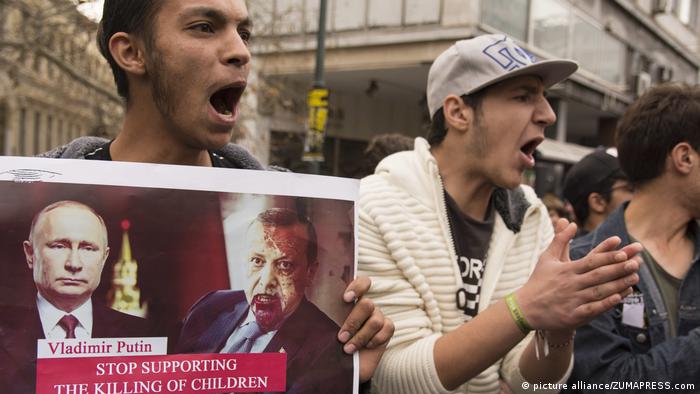 Kurds and leftist allies march in cities across Europe, including Hanover and Athens

The Turkish defense minister has announced the beginning of a military offensive against the Syrian Kurdish held enclave of Afrin. The YPG, a Kurdish militia that has received US support, vowed to defend its territories. (19.01.2018)