Turkish attack on Afrin: 'The Kurds put their trust in the US and the West'

The Kurdish enclave of Afrin in Syria is under attack by Turkey. According to a Kurdish affairs expert, because Kurds can't rely on foreign powers, they have allied with the Assad regime purely out of self-defense. 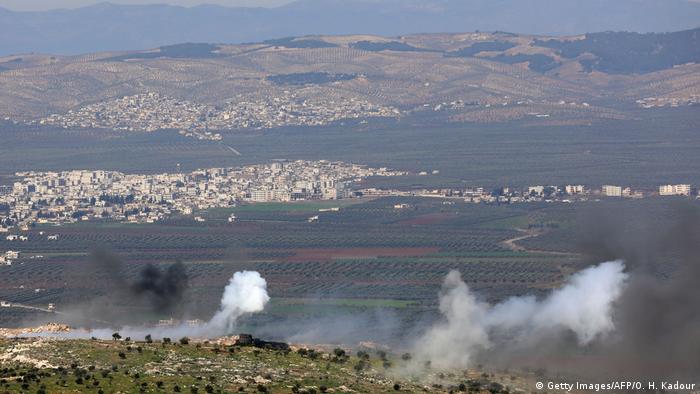 Turkish-backed Syrian rebel fighters fire from the town of Salwah, less than 10 kilometres from the Syria-Turkey border, fire toward Kurdish forces

Deutsche Welle: Mr. Dilbar, what is the current situation regarding the Turkish attack on Afrin in Syria? How far has Turkey advanced?

Fawzi Dilbar: The region has now been under attack for 34 days. Until the beginning of this week, Turkey had achieved comparatively modest success. That is why the Turkish military has intensified its air raids over the last few days. That's the only way it can make any progress on the ground. This has led to many villages being destroyed. This is an attempt to displace the local inhabitants, or force them to evacuate. By Monday of this week, 88 villages in close proximity to the Turkish border had already been cleared. Half of them have been completely destroyed. Since then, the shelling has further intensified, leading to more villages being evacuated. 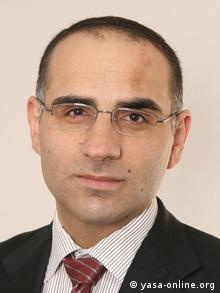 For a few days now, there have been reports that jihadist militants are fighting for Turkey.

That's true. There are videos showing how former jihadist militants and members of groups classified as terrorist organizations in Europe - such as the "Syrian Conquest Front" (Fatah al-Sham) – spearhead operations by the Turkish armed forces.

Are these groups officially fighting for Turkey?

Turkey initially said that it would only need a few days to take Afrin. But the military then came up against the very determined opposition of the Kurdish People's Defense Units (YPG), which are also in possession of heavy weapons. This has increased the risk factor for the Turkish military. Ankara definitely wants to avoid a large number of Turkish soldiers being killed. That is why Turkey is now relying on these groups. The Turkish planes prepare the ground by carrying out air raids, the jihadist groups then follow. The Turkish troops then follow them.

Read also: What foreign powers want from the Syrian war

There are also reports that there are Kurdish militants fighting for Turkey. What's going on there?

They are deployed for the same reason as the jihadists: Turkey wants to minimize the loss of its own soldiers. For this reason, Turkey has also enlisted people from the Kurdish regions of Turkey – people who were previously recruited to fight against the PKK. They have now been put under pressure and are being forced to fight. The same applies to the Syrian Kurds, who apparently are fighting on the Turkish side. They too have been put under pressure.

Similarly, the inhabitants of the attacked Syrian villages have been urged to join the Turks. This is for propaganda purposes: Turkey wants to make the world believe that the Kurdish Democratic Party (PYD) and the affiliated People's Protection Units (YPG), a mainly Kurdish militia, have suppressed their fellow countrymen to such an extent that they have now turned against them. If there are actually any voluntary fighters, then this is a miniscule group of people.

The Kurds in Afrin have now joined forces with the Assad regime. Aren't they getting their hands dirty?

Who doesn't have dirty hands in Syria? Since the outbreak of violence in Syria seven years ago, the Kurds have tried to stay out of this war. Until recently, this has been quite successful. They wanted to prevent their own region from being as destroyed as the rest of the country. It was clear to the Kurds that no matter how different their political views on certain issues may be, they should all stay out of the struggle in Syria. This is because they are well aware that they cannot count on having anyone to back them up.

The fact that they were correct in this assessment is now becoming apparent. A foreign aggressor is encroaching on Syrian territory and no one is rushing to help the Kurds. In fact, people who were unable to leave their villages quickly enough have been murdered. After a few days, in order to avoid further victims, the administration in Afrin was forced to cooperate with Damascus. However, in order not to strain relations with Turkey even further, the Assad regime has allowed only unofficial troops to move into the region. The decision does not necessarily reflect the Kurds' wishes. Rather, it reflects the sheer necessity of opposing the Turkish army, for at least a while. No one knows whether this will succeed in the end, or not.

What do you think could be done to end the fighting in Afrin?

The Kurds put their trust in the US and the West. As part of this trust, they also fought together with the West against the "Islamic State" (IS). The Kurds were willing to cooperate, also to keep the region free of war and violence. Together, both the Kurds and Western forces drove out IS. Clearly, the Kurds played a decisive role in this fight.

But now the Kurds feel they have been abandoned again. They are encircled from three sides and have agreed to continue working with the West. But apparently neither the Americans, nor the other Western states are much interested in this. Turkey is NATO's second strongest army. If the Western states do not intervene now, Afrin will be taken in a very short time. For the Kurds, the question is what will happen to the 500,000 civilians, who are facing not only Turkey, but also jihadist terrorist groups. They have been waiting for a long time to fight and destroy the Kurds.

Fawzi Dilbar is a lawyer and member of the Bonn Integration Council and the Kurdish Advisory Centre YASA.