Maimed by war they can′t understand, children search for life after Aleppo | Middle East | News and analysis of events in the Arab world | DW | 11.05.2018

Maimed by war they can't understand, children search for life after Aleppo

Tens of thousands of children are believed to have lost limbs in air raids in Syria. They are victims of a war they cannot begin to understand — children like Majida of eastern Aleppo. Julia Hahn reports from Gaziantep.

Majida Al Omar was 5 years old when a barrel bomb ripped her right leg to shreds. She still clearly remembers the day of the attack — though she often wishes she didn't.

"We were in a small truck with 10 other people. Suddenly a plane shot at us," said Majida, now 10, as she glances away and looks down. "And then everything was burning, everything was black."

That was in February 2013. Majida, her three siblings and their parents were fleeing embattled East Aleppo.

"When I came to after the attack, I saw her lying there. Her leg was gone," said Majida's mother, Zalihe. "There were dead bodies everywhere, burnt bodies. It was as if hell had opened up."

Majida was taken to a field hospital. Her leg had to be immediately amputated.

The family did succeed in escaping to Turkey. Today they live in Gaziantep, over 60 kilometers (37 miles) from the Syrian border. The city has taken in half a million Syrians, who have been put up in camps on the outskirts or, like Majida's family, in the center of town. 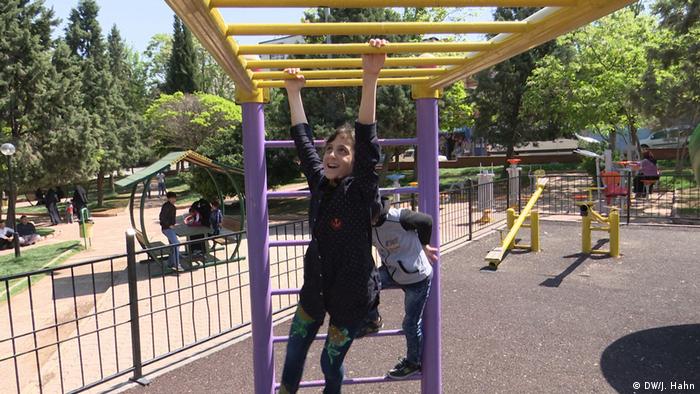 "When we eventually came out of the hospital, there were a lot of bodies lying outside in the yard," Majida said. "One wasn't covered up. My sister kept her eyes closed, but I didn't. I wish I hadn't looked. I can never forget that picture."

According to the UN, 1.5 million people have been disabled as a result of the war in Syria. More than 80,000 of them have had to have limbs amputated; many, like Majida, are children. The United Nations International Children's Emergency Fund (UNICEF) has said there is an "entire generation with physical and mental damage."

Majida can walk again — and does it well

After the amputation, Majida had to relearn how to walk using a prosthesis. She said she's glad she has the artificial leg, but daily life is often complicated.

"Other children wake up in the morning and jump out of bed. They get dressed, grab their bags and run to school," said Majida. "I always need an hour first until my leg is on properly. Sometimes mama has to help me."

Every few months Majida goes for a check-up in the small hospital set up in Gaziantep by Syrian doctors and therapists. War-disabled patients are given artificial arms or legs. The "Will Steps Rehabilitation Center" is financed by donations. 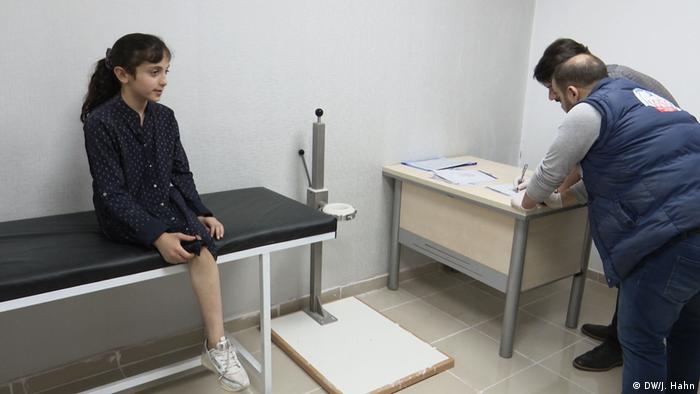 Doctors said Majida quickly learned how to walk with a prosthesis

Majida sai she finds the examination of her stump unpleasant. Fortunately, she doesn't have to come as often as when her prosthesis was new. The scar on her leg is not causing any problems, which doctors said is the main issue. Training with her physiotherapist is more fun for her: climbing stairs, balance exercises. To people who have not seen her before, Majida is so good they hardly notice the prosthesis.

Learning to look up

"We want our patients to feel comfortable with the prosthesis, and to be able to do everything in daily life – without limitations," physiotherapist Anas Alsofi said. "Majida is brave and has a strong will, which is why she learned everything very quickly and is managing well."

He said it's important for Majida to look up, not down. She shouldn't think about her leg at all. 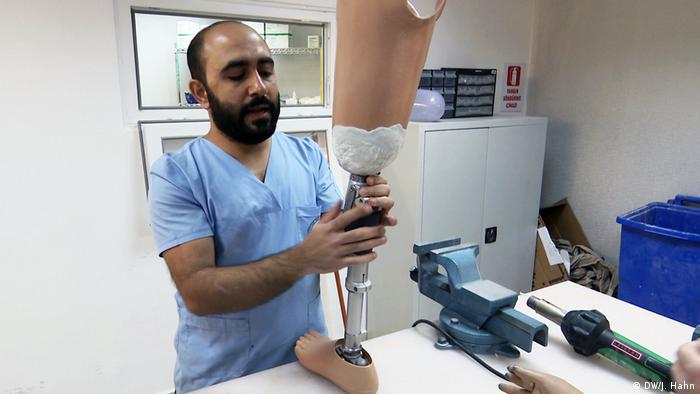 The hospital has its own prosthesis workshop. It takes the team between one and two days to produce an artificial leg. Basic parts like the foot and the joint are supplied by a German company; then the prosthesis is put together in Gaziantep and fitted to the patient. Around 15 patients a month get new limbs here, according to prosthetist Mustafa Al-Khatib, who worked as a nurse in Syria before the war. The hospital could look after more people, he said, but Turkey closed much of the border with Syria in early 2016.

"Since then not as many people have been coming," he said.

Majida has another appointment — with Walaa Hamza, the psychologist, who treats the wounds no one can see. Majida has been going to her for years. Sometimes they draw together or make things out of clay.

Hamza, who is also from Syria, chats with Majida and the other children to try and find out what's going on in their heads and how the war has changed them.

"The children sometimes get aggressive and angry," Hamza said. "Many of them are plagued by terrible nightmares. Sometimes their trauma shows in how and what they play. They recreate scenes from the war, for example." 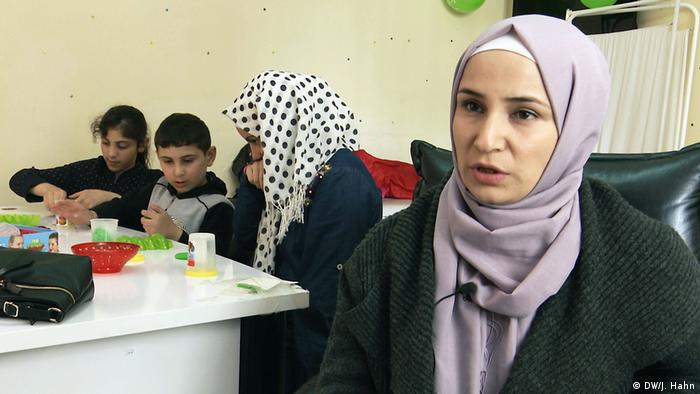 Many kids are plagued by nightmares of the fighting that raged around them, Hamza said

Coping with kids — and adults

Many children also struggle with daily life with a prosthesis. These days,

Majida goes to a Turkish state school, where she's in the fourth grade. Her favorite subject is math, she said proudly, adding that she wants to become a doctor. However, other children often back off as soon as they find out about her leg.

"When the children at school didn't know anything about my leg, they were nice," she said. "But when they noticed what was wrong with me, they didn't play with me anymore. And not just the children; the grown-ups get funny, too. My teacher treats me extra carefully. If ever I forget the leg, she reminds me that it's there."

Twelve children and several adult civilians have been killed in clashes between rebel and regime forces, a monitor says. The deaths come as the Syrian regime steps up its bid to oust opposition fighters from the city. (20.11.2016)

Being a child in Syria, Afghanistan or Somalia means living in one of the most dangerous countries in the world for kids, Save the Children has reported. Attacks on children in schools and hospitals are becoming normal. (15.02.2018)