Twelve children and several adult civilians have been killed in clashes between rebel and regime forces, a monitor says. The deaths come as the Syrian regime steps up its bid to oust opposition fighters from the city. 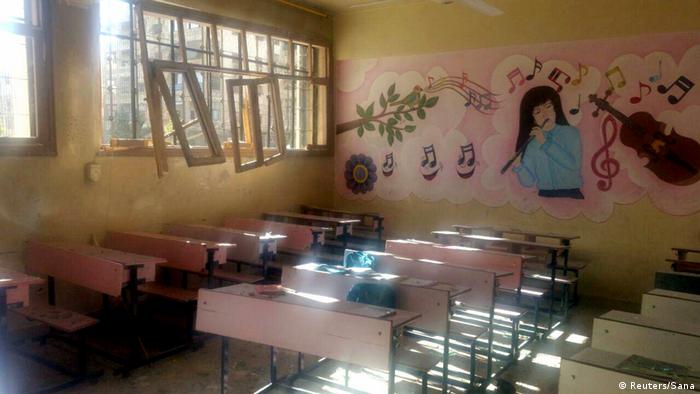 Rebel rocket fire has killed at least eight children at a primary school near Aleppo's government-held western district of Sabeel, state media and a monitoring group reported on Sunday.

The official SANA news agency said the eight children and two adults had died in Sunday's attack, with at least 32 other people injured.

The toll was confirmed by the UK-based Syrian Observatory for Human Rights, a group monitoring the Syrian conflict by means of a network of activists in the country. It said the eight were aged from six to 12 years.

The Observatory and medics said four more children were killed overnight along with two other members of their family when regime helicopters dropped a barrel bomb in the rebel-held Sakhour district. The monitor said four other civilians were killed in bombing attacks in other parts of eastern Aleppo that are held by opposition fighters.

According to the Observatory, at least 103 civilians have died since Tuesday as the Syrian government, backed by Russia's air force, intensifies its offensive aimed at putting down resistance in the eastern zone of the city. Residents there say basic necessities, including food, water, electricity and medicine, are running low amid the government siege.

As of Saturday, all hospitals serving the east have also been put out of service by the government assault.

Aleppo, once Syria's commercial hub, has been divided into a government-controlled west and an opposition-held east since fighting broke out for control of the city in mid-2013. 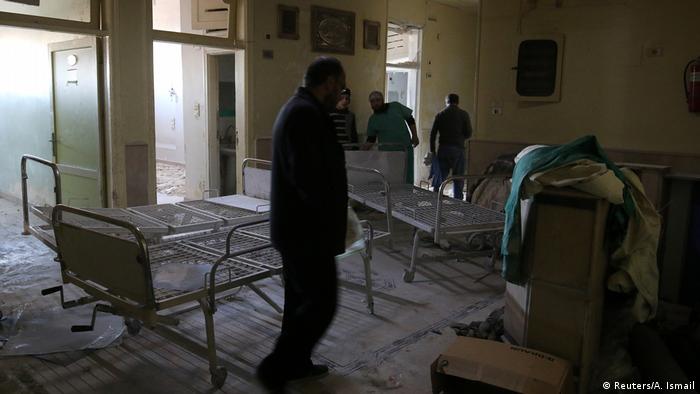 All hospitals in the east are out of service

Also on Sunday, the Syrian government refused a UN proposal for giving the opposition enclave of eastern Aleppo self-administration as part of a process designed to bring calm to the city.

Following a meeting with the UN's Special Envoy Staffan de Mistura in Damascus, Foreign Minister Walid al-Moallem said that the idea had been "completely rejected," calling it a "violation of our sovereignty." 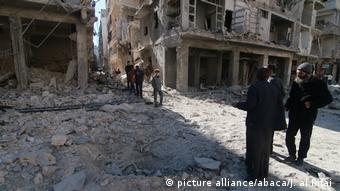 The fighting has left much of Aleppo in ruins

He also gave no indication that the regime would tone down its assault in Aleppo.

De Mistura confirmed the government's rejection. He told reporters in Damascus he had proposed that jihadist fighters should leave Aleppo, but that the local administration in the rebel-held districts should stay in place.

He also warned that time was "running out" for eastern Aleppo amid the government bombing campaign.

The country's civil war, which began amid a brutal regime crackdown on initially peaceful anti-government protests inspired by the Arab Spring in 2011, is now in its sixth year and has claimed up to 300,000 lives.