Holding the Syrian regime and its allies accountable for the horror inflicted on civilians is fraught with problems. How effective can the UN's legal mechanism be when funding is scarce? Teri Schultz reports. 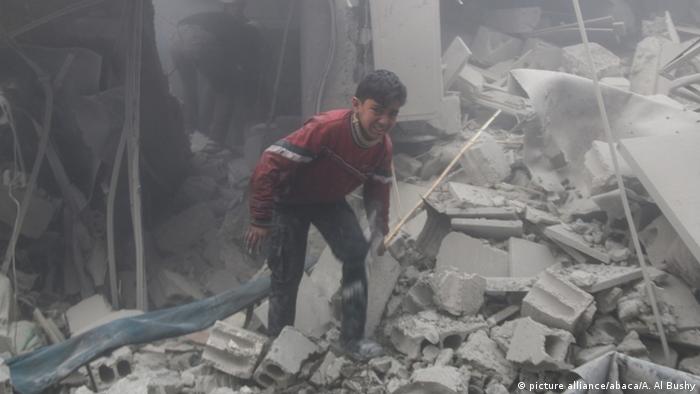 As Syria enters its eighth year of war with little sign of abating, images of the most recent attacks on Eastern Ghouta show a population trapped, gassed, starved and suffering constant bombing by its own government. By all accounts, Syrian President Bashar al-Assad assaults his own citizens with impunity, backed by Russian military power and veto clout at the United Nations Security Council (UNSC), which has protected him from any UNSC-mandated intervention.

But a new UN tool aimed at the perpetrators may make Assad and his helpers rethink their comfort level. The "International, Independent and Impartial Mechanism to Assist in the Investigation and Prosecution of Those Responsible for the Most Serious Crimes under International Law Committed in the Syrian Arab Republic since March 2011," referred to as the "triple-I M," is building dossiers on deadly deeds in Syria, waiting for a chance to hold those responsible to account. 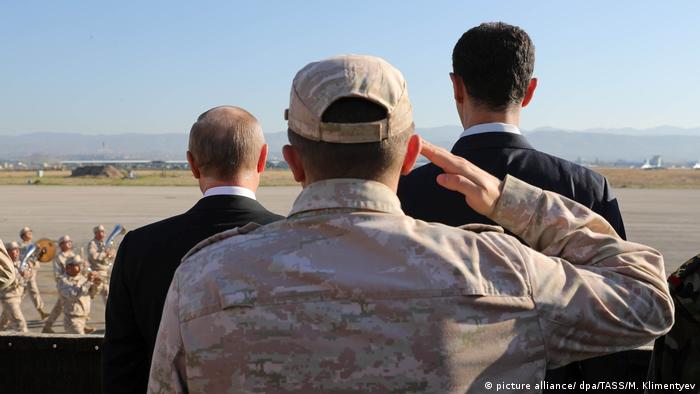 The IIIM, created by the UN General Assembly in December 2016 by a vote of 105 -15 against with 52 abstentions, will work with the UN's Commission of Inquiry (CoI) on Syria to "collect, consolidate, preserve and analyze evidence pertaining to violations and abuses of human rights and humanitarian law." However, there was sufficient opposition to creating the mechanism that supporters decided to push through approval without arguing over a budget allocation, forcing them to go on fundraising missions.

Former French judge Catherine Marchi-Uhel, with experience in tribunals in Kosovo, Cambodia and at the International Tribunal for the former Yugoslavia (ICTY), is head of the IIIM. She acknowledges that "progress on accountability has been limited" in Syria.

"Political deadlocks have ruled out some of the most obvious solutions for accountability for Syria," Marchi-Uhel said in a recent speech. "In particular, the Security Council has not reached agreement on referring the situation to the International Criminal Court or establishing an international tribunal with jurisdiction over these crimes."

In that context, Marchi-Uhel said the IIIM is "really a unique mandate," going beyond a mere fact-finding mission into what she described as a "quasi-prosecutorial function," cataloging and organizing evidence that could quickly be transferred to a tribunal with jurisdiction over Syrian war crimes. Though its staff doesn't currently have access to the conflict zone, some data will be gathered by the IIIM itself, while it is also expected to share data with the Commission of Inquiry and may request the findings of other independent investigative efforts such as the Commission for International Justice and Accountability (CIJA).

The IIIM has just released its first report, outlining its goals and means, which notes that its estimated budget for 2018 is approximately $14 million (€11 million). As of January 31, UN governments had pledged about $10 million, the report states, and delivered $7.6 million.

Much of that fundraising success is due to Liechtenstein's UN ambassador, Christian Wenaweser, who spearheaded the drive. Despite the gap, Wenaweser expressed confidence about the financial security of the IIIM.

"We have a lot of nontraditional donors including from Africa and from the Caribbean community," Wenaweser told DW. "And that's an indication of the political support that this enjoys." Wenaweser is pushing for the IIIM to be included in the regular UN budget from the year 2020, he said, "because we think it's the right thing to do."

Lotte Leicht, the European Union director for Human Rights Watch, is less sanguine. She has campaigned ceaselessly for more IIIM funding. The EU has been slow to support the mechanism monetarily, but she wants Brussels to step up now to help make redundant the annual passing of the hat. Leicht says EU leaders should use their April conference on Syria to commit whatever the IIIM may need to carry out its mission in coming years, be that money, expertise or other resources.

Kip Hale, an atrocity crimes attorney with experience with the ICC and ICTY, warns that the clock is ticking too fast to waste time in bureaucratic battles. "Evidence determines whether or not accountability can occur, and the best evidence is found soon after the crimes occurred," he told DW. "[It's] often lost if you wait too long, so it's important that investigators are capturing and preserving evidence as soon as it becomes available."

Leicht believes that even with the delays and difficulties, the IIIM sends a strong signal to Damascus and Moscow. "History shows that the wheels of justice may turn slowly, but they do turn," she underlined, recalling ICTY prosecutions. "Obviously right now, both the direct perpetrators as well as those aiding and abetting war crimes are counting on complete impunity. Other leaders before have counted on impunity and they counted wrongly."