The director of the media rights NGO warned that more must be done to "defend what's left of the free press in Hong Kong" after Hong Kong's largest pro-democracy paper was forced to shut down. 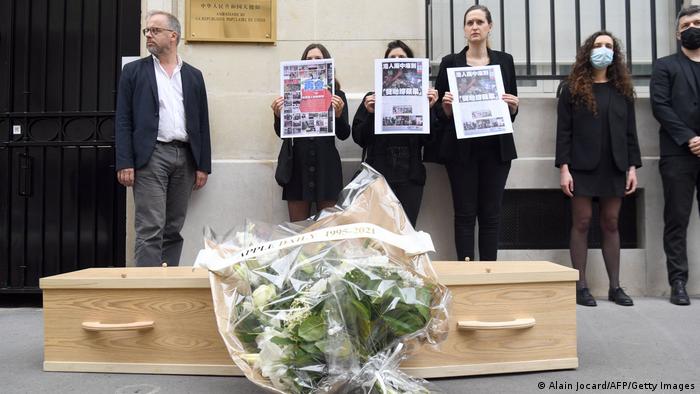 The press freedom advocacy group Reporters Without Borders (RSF) marched through the streets of Paris and Berlin on Friday to protest the closure of the Hong Kong daily Apple Daily after Hong Kong's  Beijing-backed authorities froze the paper's assets and arrested several executives.

The NGO said on their website that they held "funeral-style processions" to denounce the "killing" of Apple Daily by the Hong Kong government, and to "raise alarm of the threats" posed by China to press freedom globally.

RSF Secretary-General Christophe Deloire said, "today's funeral is for Apple Daily, but tomorrow's may be for press freedom in China. It's time for the international community to act in line with their own values and obligations and defend what's left of the ,free press in Hong Kong before China's model of information control claims another victim." 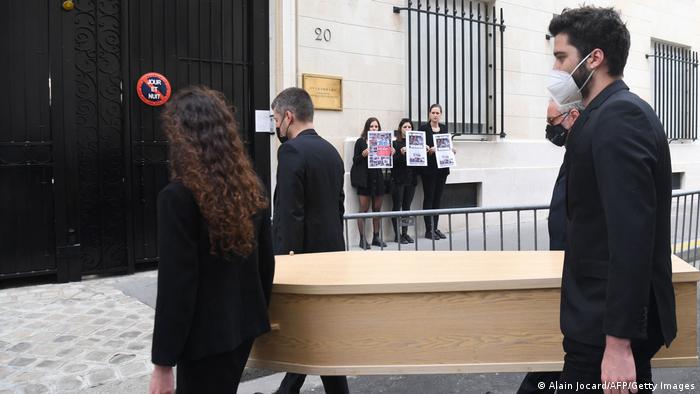 Why did Apple Daily close?

Apple Daily was forced to shut its operations from this coming Saturday after police froze $2.3 million (€1.9 million) in assets. Police also raided the paper's office.

The paper has increasingly criticized Chinese and Hong Kong officials, while supporting the pro-democracy movement. It called itself a "victim of tyranny" in its last issue.

Journalists in Hong Kong are worried that new legal measures in the city would limit the scope of independent reporting as authorities vow to "vigorously implement" Beijing's new security law. William Yang reports.

Journalists at the pro-democracy "Apple Daily" told DW they never expected Hong Kong's Beijing-loyal government would shut down a major media outlet. The newspaper was forced to close after authorities froze its assets.

Hong Kong journalists have increasingly left the city in recent months to escape the intensifying crackdown on the city's free press. A journalist who moved to Taiwan spoke to DW about her experiences.