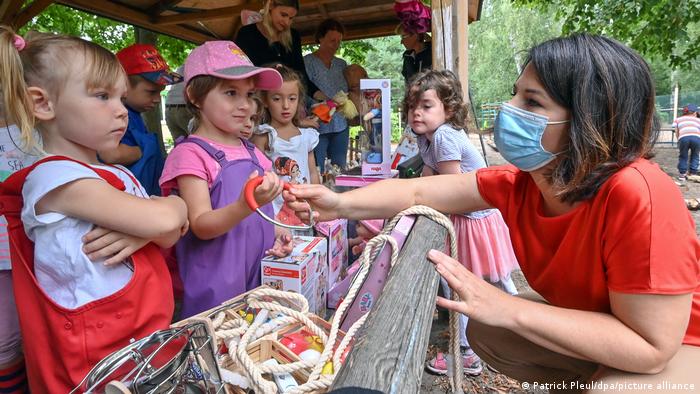 Although Annalena Baerbock keeps her own kids out of the limelight, she is a strong advocate for children

The German Greens have put forth Annalena Baerbock — a working mom — as their candidate for chancellor. Considering the rise of the Green Party across Germany, the 40-year-old has a real shot at taking the top job.

Her nomination sends a signal: A woman who straddles the post-Berlin Wall generation represents modern Germany. Better than those crusty old men the conservatives have put forward, anyway.

As a working mom myself, I'm excited about her nomination. So my ears perked up when I caught wind of backlash on social media to a question raised in German mainstream media: "Children and the chancellery — can they be reconciled?"

That is an actual sentence that was published in an online story (in German) after Annalena Baerbock's candidacy was announced. It is among many statements questioning the ability of working mothers — like Annalena Baerbock — to adequately care for their children.

Having lived in Germany for more than a decade myself, the idea that Annalena Baerbock is unfit for the top job because she has kids did not come as a huge surprise. Despite a generous maternal and parental leave policy, when it comes to employment and motherhood, Germans across the spectrum have surprisingly old-fashioned views.

I could not tell you the number of times I've heard the term "Rabenmutter" leveled against a working mom in Germany. "Raven mother" is an antiquated word for mothers who "abandon their nests" to work, leaving their "chicks" to fend for themselves. (Actual ravens are apparently very attentive mothers, so please ignore the avian slur.)

But Germans' negative view of working moms is far more insidious: That Annalena Baerbock is suggested to be unfit for chancellor because she's a working mother reflects an attitude that is not only deeply ingrained, but also to some extent institutionalized in Germany — particularly in the area of childcare. 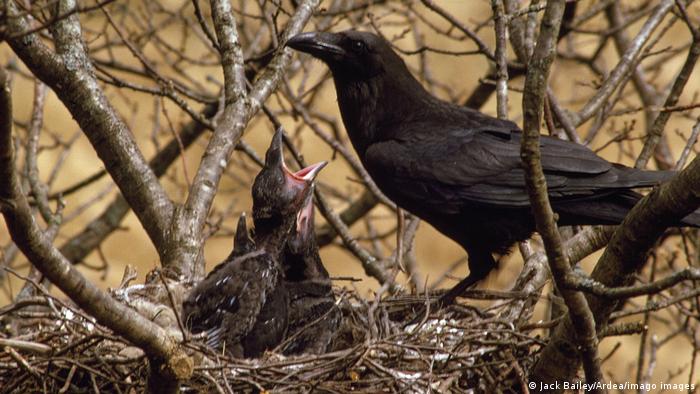 'Rabenmutter' — an archaic (and inaccurate) German term for neglectful mothers

The fact that Annalena Baerbock is a mother of two young children (born in 2011 and 2015) is disproportionately present in media stories about her — especially when compared to the virtual absence of any mention of children in stories about her conservative male counterpart(s). (Conservative candidate Armin Laschet has three grown children, while Markus Söder — until recently also in the running — has four children, with his two youngest born 2004 and 2007.)

And in some media coverage, that is the focus: There is a fixation on Baerbock as a mother, with the implication this cannot be reconciled with the high-powered job of politician.

Don't get me wrong, this question is grounded in a reality that working mothers must face: Even with a "regular" job, it's not always easy to get your work-life balance right, particularly if you have children. And luckily in Germany, many employers are flexible with working times and the possibility of a work reduction to enable parents to care for their children.

But the sad fact is, particularly in terms of childcare, the German system is set up to sacrifice the work life of one parent — typically, the mother.

Try to get public childcare in Germany

The shortage of spots for children in state-subsidized daycare centers is a notorious topic among new parents in Germany.

In theory, every German has the right to a state-supported slot in a daycare center from when their child is 1 year old. The reality, however, is very different.

Expectant parents set out on a quest for a daycare slot as early as during pregnancy, putting their names on waiting lists and persistently following up.

And even that does not result in getting a spot, because there is a massive shortage. Nationwide, about 14% of children under 3 lack a spot in publicly supported daycare. That figure does vary regionally — eastern Germany generally has better coverage, due likely to its communist legacy. 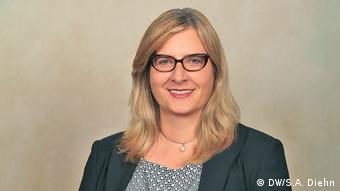 The German state where I live, North Rhine-Westphalia (also the home state of conservative chancellor candidate Armin Laschet, who is currently state premier here), that figure is 19%. And for the city I live, Bonn, it's 21%.

A brief anecdote: In my neighborhood in central Bonn are at least half-a-dozen daycare centers within a 10-minute walk. After our son was born, we applied to all of them — and didn't get a spot.

Most centers require an application, and some are quite extensive, where you list your occupation and even submit a family photo. During the application process, I sure felt like I was applying for a job.

One daycare I called told me that for two slots becoming available, there were 200 applicants. So we had a mere 1% chance of getting that spot.

Suffice to say, our son is 2 now and still not in a daycare center. The city did help us find a solution, an at-home daycare provider, whom we are very happy with. The only catch there is that care runs until 3 p.m. (2 p.m. on Fridays).

So I would like to point out that although our child is technically "covered" and by statistical measurement not included in that 21% of Bonn toddlers without daycare, he is only cared for until early afternoon.

And how, you may ask, is that then supposed to work? Well, you could put your child in a private daycare and pay circa €1,000 ($1,200) per month (not much better than in the United States, my home country, where parents lament the insane proportion of their pay that goes to childcare).

Or, one parent sacrifices their career. Most often, the mother. In our family, we call it the "parent trap" (exceptionally, it applies to dad).

As a mom herself, Annalena Baerbock is likely keenly aware of this situation. I, for one, hope she does become the next German chancellor. She can help working moms not only by challenging the "raven mother" prejudice; maybe she could also push through some policies to address the parent trap.

CSU chairman Markus Söder was long seen as a strong contender to replace Angela Merkel as a conservative chancellor. But after a power struggle with CDU head Armin Laschet, he stepped aside.

Russia: Pro-Kremlin party ahead in parliamentary election 2h ago