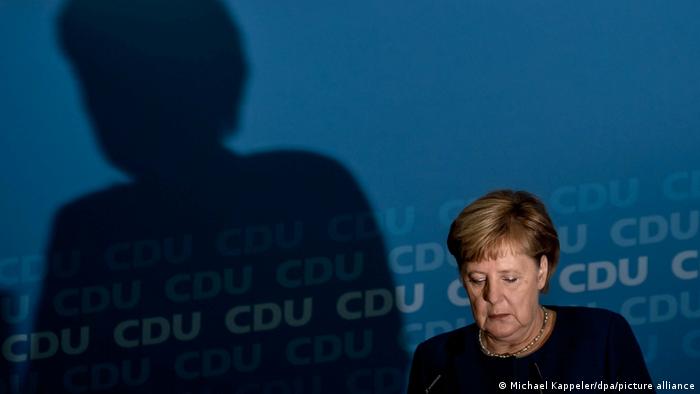 The bare numbers suggest that nothing much has changed in the first major polls of Germany's "super election year." Both incumbent state premiers in the western states of Baden-Württemberg and Rhineland-Palatinate — respectively, the Green Winfried Kretschmann and the Social Democrat Malu Dreyer — have won comfortably again and now look almost certainly free to start forming their next governments.

But the momentous context of 2021 — six state elections and a federal election, the looming departure of Angela Merkel as chancellor in autumn, plus an ongoing pandemic — has amplified the significance of the individual party performances, which suggest to most observers that something seismic is rumbling beneath the usually immovable landscape of German politics.

The decline of the CDU?

The Christian Democrats (CDU) have the biggest reason to be worried. The party that Merkel has dominated for over two decades, and which itself has dominated German politics since the federal republic was founded in 1949, posted its worst-ever results in both states: The latest projections suggest the CDU has dropped nearly three points in Baden-Württemberg and more than four in Rhineland-Palatinate, scoring 24% and 28% respectively.

The Baden-Württemberg result looks especially damaging. The wealthy southern state, home to many of Germany's prestige multinationals, has been a conservative stronghold for decades. The winner was undoubtedly predetermined by the impenetrable popularity of the avuncular State Premier Kretschmann, but it was obvious on Sunday that the CDU had to reflect on its own failures.

In a brief statement, party General Secretary Paul Ziemiak admitted that the corruption scandals that cost three conservative MPs their Bundestag seats last week had shaken voters' confidence in the CDU, as had dissatisfaction with Germany's painfully slow vaccine rollout.

Olaf Scholz, the chancellor candidate for the Social Democrats (SPD) and the finance minister in Merkel's current Cabinet, threw a tiny hand grenade into the coalition debate by declaring that "it's a good day because it shows that it's possible to create a government in Germany without the CDU."

All this has put new pressure on the CDU's newly minted leader, Armin Laschet, who could still face a challenge from Bavarian State Premier Markus Söder to be the conservative bloc's chancellor candidate in September's federal election.

No wonder then that Laschet chose to go on the attack in his own press conference on Monday. "The finance minister has enough to occupy him with the financial supervision," he said, without deigning to mention Scholz by name. In contrast to what he called his own party's swift action in containing the bribery scandals, Laschet declared: "In the SPD and other parties there are still procedures because of difficult violations of the law."

The rise of the Greens?

Kretschmann's triumph in Baden-Württemberg will bolster the Greens' confidence ahead of September's federal election. Analysis by the public broadcaster ARD suggests that the state saw a major migration of 145,000 votes from the CDU to the Greens (as opposed to just 75,000 voters who moved in the other direction).

The state premier's pragmatism seems to have convinced the majority in Germany's southwest that the Greens are capable of governing. But the incumbent has the advantage of longevity: The 72-year-old has been in office for a decade — governing with the CDU for the past five years.

Now, the results mean he has the option of a three-way coalition with the SPD)and the Free Democrats (FDP). Such a move really would set off alarm bells at CDU headquarters in Berlin, though early signs suggest that Kretschmann's innate sense that voters want stability will lead him to continue working with the conservatives.

The Greens' resurgence comes with caveats when it comes to September. Kretschman's age contrasts with the relative youth of the party's national leaders: Robert Habeck (51) and Annalena Baerbock (40), who have yet to declare which of them will run for chancellor in September.

What they have apparently realized, however, is that Kretschmann's style goes down well with German voters (defying the party's old image as radical environmental protesters). On Sunday night, Habeck told ARD, "Foresight and pragmatism: That's the task that has been set the Greens, for the whole federal party, on this election night." That was a clear sign that conservative Baden-Württemberg has set out the Greens' strategy — edge to the center and take CDU voters. Time will tell, but as things stand it seems unlikely that Germany's next government will be without a Green element.

Dampener for the far-right AfD

Meanwhile, the night's undoubted loser was the far-right Alternative for Germany (AfD), which lost up to a third of its share of the vote on Sunday. The nationalist party garnered below 10% in both states.

AfD co-leader Alice Weidel was typically defiant and abrasive on Sunday night when it began to emerge that her far-right Alternative for Germany (AfD) had dropped around a third of its vote share in Baden-Württemberg, her home region. No other party had suffered proportionally bigger losses.

"We live from direct contact with our voters, but we couldn't do that," she told public broadcaster ARD, referring to the campaigning in a pandemic in her home state. "Then, completely illegally, the Verfassungsschutz was sent to breathe down our necks," she alleged, in reference to the German domestic intelligence agency, which decided in early March to put the party under nationwide surveillance.

The party's unprecedented success in 2016, the last time Baden-Württemberg and Rhineland-Palatinate held elections, was founded on fears about the sudden influx of refugees from Syria and Afghanistan, which dominated headlines that year. This year, the issue of immigration was not even in the top five voter concerns in the two states, according to pollster infratest dimap: These were the economy, the environment, social security, education, and the coronavirus pandemic.

That left the AfD lacking a good way to hammer the government, and it was unable to capitalize on the one new grassroots movement that actually began in the capital of Baden-Württemberg: Stuttgart. That was the city where the "Querdenker" movement was born last spring — a disparate alliance that included conspiracy theorists and extremists who opposed the German government's lockdown measures to contain the pandemic.

But, though there were AfD supporters in the Querdenker movement, they often criticized the party for not condemning lockdowns strongly enough. At the same time, many AfD voters actually supported the government lockdown. As a result, the AfD has struggled to stay on the front foot. 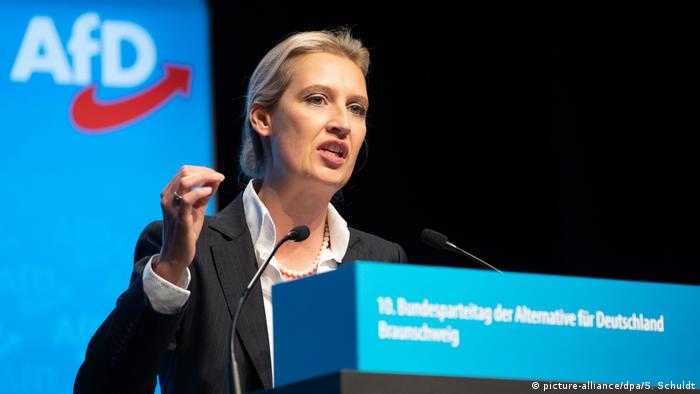 Alice Weidel's AfD is the country's most successful far-right party since the war, but its latest election results suggest its rise has hit a ceiling

The best of the rest

With the Greens and the CDU now establishing themselves as Germany's two biggest parties, the rest of the political spectrum is struggling to cut a clear profile. Dreyer's victory for the SPD in Rhineland-Palatinate came despite a slight drop in the party's share of the vote, and the Social Democrats are still struggling to reach more than 16% of voters nationwide, according to the latest polls.

Nevertheless, Scholz projected confidence on election night, contrasting the SPD's decisiveness in choosing him as the leading candidate with the indecisiveness of the CDU and the Greens. "This is all part of a clear strategy that is meant to lead us, week by week, month by month, closer to our target," he told ARD.

The state results offered some respite for the embattled Free Democratic Party (FDP),, which managed to gain over two points and take 10% in Baden-Württemberg, while maintaining its 5% in Rhineland-Palatinate. That was welcome consolidation for leader Christian Lindner, whose strategy for the pro-business party has been out and out criticism of the government's handling of the coronavirus pandemic. That has worked relatively well with the party in the opposition, but as things stand the FDP's best hope of entering government lies in a three-way alliance with the Greens and either the SPD or the CDU.

There was no such resurgence in the western states for the Left party, which once again failed to win enough votes to enter either state parliament on Sunday — though, having just elected new leaders, the Left is still regrouping ahead of the more important elections at the end of the year.