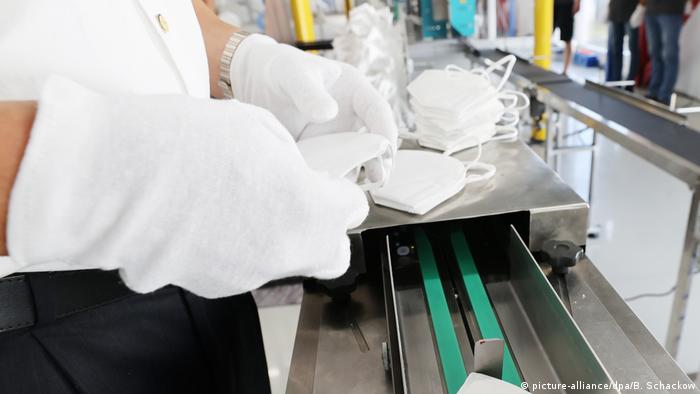 The scandal engulfing Angela Merkel's conservative bloc comes at an unfortunate time for the Christian Democrats (CDU): On Sunday, state elections will take place in Baden-Württemberg and Rhineland-Palatinate.

The Bundestag members Nikolas Löbel, of the CDU, and Georg Nüsslein, of the allied Bavarian Christian Social Union (CSU), have both resigned from their respective parties.   after being accused of receiving six-figure kickbacks for recommending manufacturers of masks to the federal government or of brokering business between companies as part of the drive to acquire more masks.

Roughly a year ago, early in the pandemic, masks were in short supply and at a premium — prices went through the roof briefly. At this point, there was quick money to be made on the back of a crisis. German prosecutors are investigating both politicians. 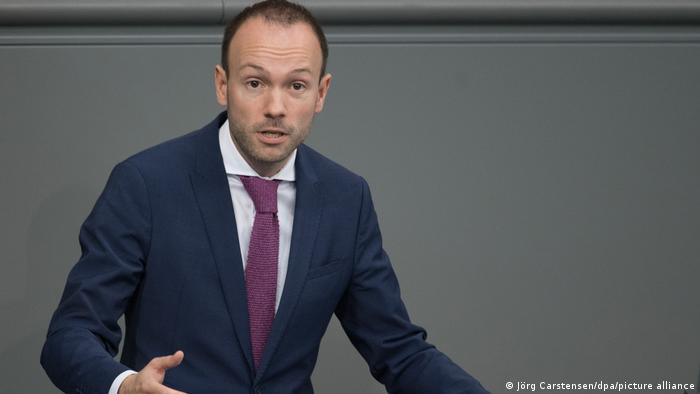 Löbel, from Mannheim, quit the CDU and also gave up his seat in the Bundestag. Speaking to the conservative daily Die Welt, he admitted to having made an error.

"As a member of the Bundestag, and particularly in the specific backdrop of the pandemic, I should have conducted my commercial dealings with greater sensitivity," Löbel said. He is suspected of having received €250,000 ($297,000) in kickbacks.

But Nüsslein is adopting a different take on things. He has quit Bavaria's CSU parliamentary party while saying he intends to retain his seat as an independent for now, to the fury of some CSU colleagues.

Markus Blume, the general secretary of the CSU, told ARD television that he was relieved by Nüsslein's quitting: "This step was unavoidable, also to limit the damage on the party itself."

Greens keep the pressure on

The opposition does not seem satisfied by the two parliamentarians falling on their swords. For the Green party co-chair Robert Habeck, the scandal's tied to the 15 long years in power for the CDU/CSU led by Angela Merkel. For Habeck, especially a year ago with the pandemic ramping up, CDU Health Minister Jens Spahn was the first port of call for many companies thinking they could help.

And, of course, conservative politicians tend to have a better line for business contacts than politicians of other stripes.

"Secondly, though, there is simply a particular closeness to economic activity and a lacking conscience on whether financial transactions are perhaps not appropriate," Habeck said.

The mask scandal does hark back, among other things, to the difficulties faced by the CDU parliamentarian Philipp Amthor. Up until May 2019, he was active for Augustus Intelligence, lobbying CDU Economy Minister Peter Altmaier and other politicians on the US company's behalf.

The 29-year-old politician initially insisted that he'd been paid no salary. But gradually, he had to concede that, yes, he had received stock options in the company worth up to $250,000. He also accepted help with travel expenses.

Despite the reports, Amthor was appointed the top candidate for the CDU in the state of Mecklenburg-Western Pomerania. 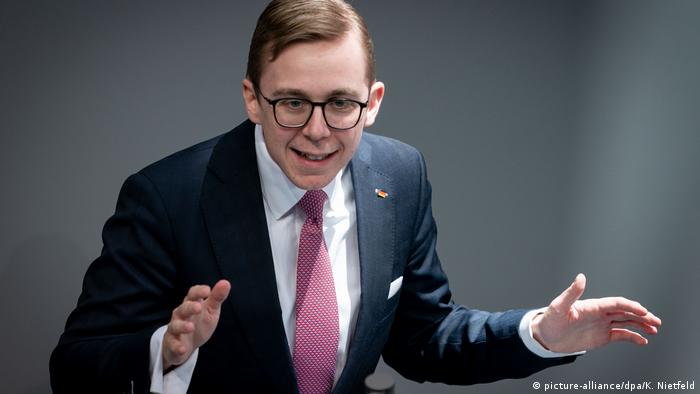 Amthor is the top CDU candidate in Mecklenburg-Western Pomerania

The Social Democrats (SPD) have also weighed in with demands for conservative rivals and coalition allies.

"It must be incumbent on all democrats that greed and cronyism are given no chance in our parliament," SPD party co-chair Norbert Walter-Borjans said.

A transparency or lobbying register should help in the future to shed more light on the shadier areas where politics and business collide. Fundamentally, after a long period of arguing over the specifics, the CDU/CSU and the SPD now agree on this plan.

In the future, lobbyists will be required to sign a log and to give details on their employers or the companies that commissioned them. This will also apply to lobbyists seeking to influence ministries or the federal government. Previously, this extra step had faced resistance and was not included in an earlier draft of the plan.

"The rules of procedure in the Bundestag need to be expanded and need to explicitly sanction certain forms of lobbying, as in the cases of Nüsslein and Löbel," Transparency's chairman in Germany, Hartmut Bäumer, told Funke Mediengruppe newspapers.

And the pro-business Free Democrats are not satisfied with these proposals. Party leader Christian Lindner is calling for an independent person to investigate the reports.

"A special investigator, so a former judge, should check behind the scenes whether everything that happened was legal — with access to the case files," Lindner told ARD. "Only after that should they inform us, and then the public."

The conservatives might have to brace themselves for further losses in Sunday's regional elections as a result of the scandals.

The increasing dissatisfaction with the government's pandemic handling, not least the slower start to vaccinating, had already led to losses for the CDU in recent weeks in two of Germany's most significant states.

While you're here: Starting on March 16 DW editors will round-up for you what is happening in German politics and society, with an eye toward understanding this year’s elections and beyond. Sign up here for the weekly e-mail newsletter "Berlin Briefing," to stay on top of developments as Germany enters the post-Merkel era.