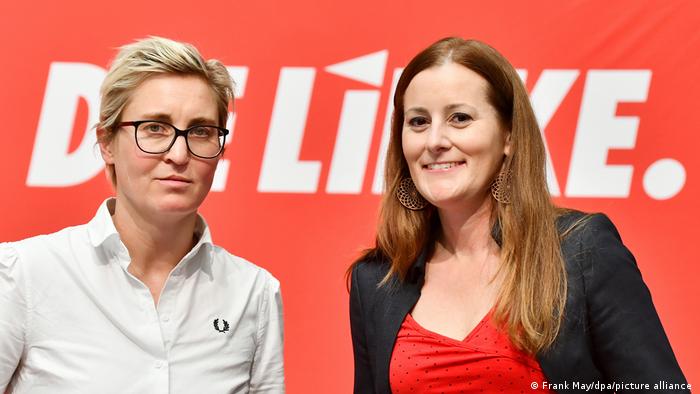 Germany's socialists have had a hard time making themselves heard during the coronavirus pandemic, yet some of their ideas have become mainstream. The coronavirus has forced Angela Merkel's government to make "big government" interventions, casting aside its commitment to a balanced budget to take on new debt and offer huge bailouts to hard-hit sectors of the economy.

And yet opinion polls have the Left party in fifth place, at 7% or 8%. One recent Deutschlandtrend poll saw the party as low as 6%, hovering precariously above the 5% hurdle it needs to clear to re-enter the Bundestag this September.

So it's time for new blood, and at this weekend's virtual party conference the Left party has elected two new leaders to replace Katja Kipping and Bernd Riexinger, who have led the party since 2012.

Susanne Hennig-Wellsow and Janine Wissler have been voted in as the Left's new co-leaders during the online conference, and are expected to be confirmed by the party's rank and file. 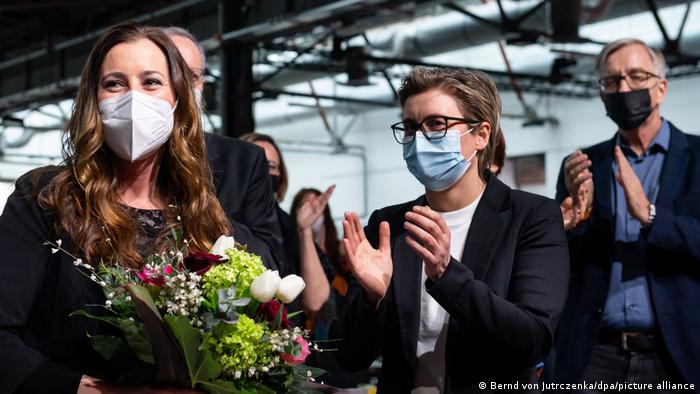 Wissler (left) describes herself as a Marxist, while Hennig-Wellsow is more of a mainstream figure

At the two-day conference Hennig-Wellsow, an overtly mainstream figure, spoke out in support of joining the center-left at the national level after this year's general election. "Whether the new government can be a red-red-green coalition is up to us," said the 43-year-old, in reference to a coalition of SPD, Greens and the Left.

Her counterpart, the 39-year-old Wissler, describes herself as a Marxist and is considered a member of the more left-wing side of the party. She is keen to introduce more ecological issues into the party program, but is skeptical of the prospect of an easy coalition with the Greens and SPD. "Government is not an end in itself," she recently told the Tagesspiegel newspaper.

Not listening to the opposition

Outgoing party chair Katja Kipping has claimed that the party's low approval ratings are down to the ongoing pandemic. "Those who aren't governing are heard even less than usual," she told DW. But the problem lies possibly elsewhere, given that being in opposition doesn't seem to have hurt the Greens. They are riding an unprecedented wave of success and currently polling at 21%, which would make them comfortably the second biggest party in the Bundestag this September. 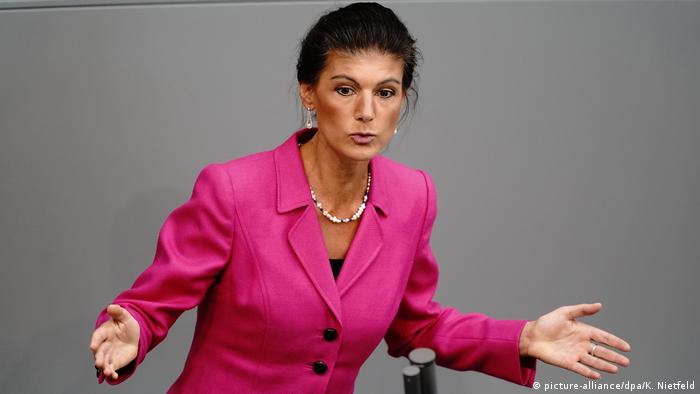 That has led many left-wing German voters to dare to dream of a victory for a left-wing "green-red-red" coalition. The only trouble is that the Social Democrats (SPD) — the other "red" in the equation — are in a chronically weak position at around 15%, and at the moment the three parties would not muster enough of the vote for a majority.

Kipping has conceded that it doesn't look good for her party, and her nine-year tenure, "that we have not yet reached double digits on a permanent basis." Nevertheless, the 43-year-old from Saxony said she feels positive about the party's current state after her co-leadership. "It is no longer possible to imagine the political landscape without us. It's not just a question of percentages," she said.

Indeed, as she pointed out, the Left party can claim to be the biggest party in one German state: Thuringia, where the popular figure Bodo Ramelow has been state premier since 2014. And there have been other successes at the regional level: the Left is part of government coalitions in the states of Berlin and Bremen — the latter, Kipping said, is proof that it can finally claim success in western Germany. 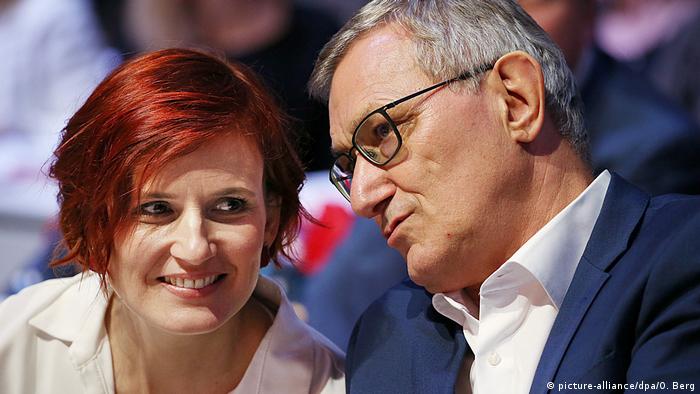 Kipping and Bernd Riexinger have led the party since 2012

For a long time, the Left party has faced criticism because of its roots in the party that ran communist East Germany, then called the Socialist Unity Party of Germany (SED). The SED's immediate successor, the Party of Democratic Socialism (PDS), included many SED figures, and it took a merger with the hard left in western Germany for electoral success.

But that is no longer how the Left party is perceived, said former co-chairman Bernd Riexinger, who was born in the conservative southern state of Baden-Württemberg in the west. "Even if they don't like everything we do, we're a party that people debate with," he said.

Like Kipping, the 66-year-old Riexinger is generally positive about his term. He said the party has succeeded in leaving behind its image as a party of naysayers and critics, expanding its program to include comprehensive and plausible pension and tax plans. "We say where we want to go and no longer just what we're against," he said.

The former trade union official also rejected another long-held accusation, that the Left is too sympathetic to Russia. "We are a peace and human rights party," he said. "We have a very clear position on this now."

Nevertheless, some of the party's fixed positions remain beyond the pale for mainstream Germans: for one thing, the Left still categorically rejects any use of Germany's armed forces on foreign soil, including maintaining the ongoing military presence in Afghanistan.

Some within the party are open to peacekeeping missions under the umbrella of the United Nations — among them Henning-Wellsow, the new co-chairperson.

The two new leaders roughly reflect the two wings of the Left party as it stands, but whether they can gain enough publicity to win over a significant share of the German electorate is another matter.

Janine Wissler: 'The German government is putting lives at risk in Afghanistan' 23.08.2021