The Greens are aiming high. The main message from their party conference at the weekend: "We've been in opposition long enough. It's time to move into the driving seat."

Germany goes to the polls this coming September and the Greens have remained steady at about 20% in the opinion polls, despite having to cede most of the publicity to the government in the COVID-19 crisis.

Their main priority now is not to lose their hard-earned gains with the electorate. They aim to form part of the next German government, either with the conservative CDU and CSU as partners or, in a much less likely scenario, in coalition with the Social Democrats (SPD) and the Left Party.

Read more: Greens call for 'race' to be removed from German constitution

The Greens have softened their stance on a number of issues for the latest manifesto, a process that would previously have resulted in long and bitterly divisive debates.

For example, the party no longer rejects the notion of genetically engineered crops out of hand, although its position does remain skeptical.

It also found a way to water down its policies on its core issue, the climate. It continues to support the demand by the Fridays for Future movement that the planet be prevented from heating up by any more than one-and-a-half degrees Celsius. But it also makes clear that it could live with two degrees, the maximum allowed in the Paris Agreement on climate change.

The message is clear: No longer will the party cut off its own negotiation leeway by insisting on fundamental demands. For if the trend continues, the Greens will emerge from September's polls stronger than ever … albeit not strong enough to go it alone.

These measures were adopted at the weekend without major debate. One reason for this is the number of young people who have joined the party in recent years. They want no truck with the old and often absurd trench warfare between fundamentalists and realists, between dreamers and pragmatists. No rejection of industry, no sweeping demands for an end to the automobile society.

Instead, the party has taken a step toward those elements of society that have often been skeptical toward it: "Our new manifesto is an offer to you, to us, to everybody," says co-leader Annalena Baerbock. Those thoughts were echoed by the other co-leader,Robert Habeck, when he said that the most important task was to find a common language and define goals that would get the approval of as many people as possible.

While the CDU's search for a new leader, and hence a new German chancellor, descends into public squabbling, the Greens have found a new sense of unity.

But election-year 2021 still harbors risks for the Greens, who will soon have to commit to one leader or another. Robert Habeck is better known and more popular among the electorate but Annalena Baerbock is the darling of the party.If the party can settle this argument without tearing itself apart, very little will stand in the way between it and a role in government. 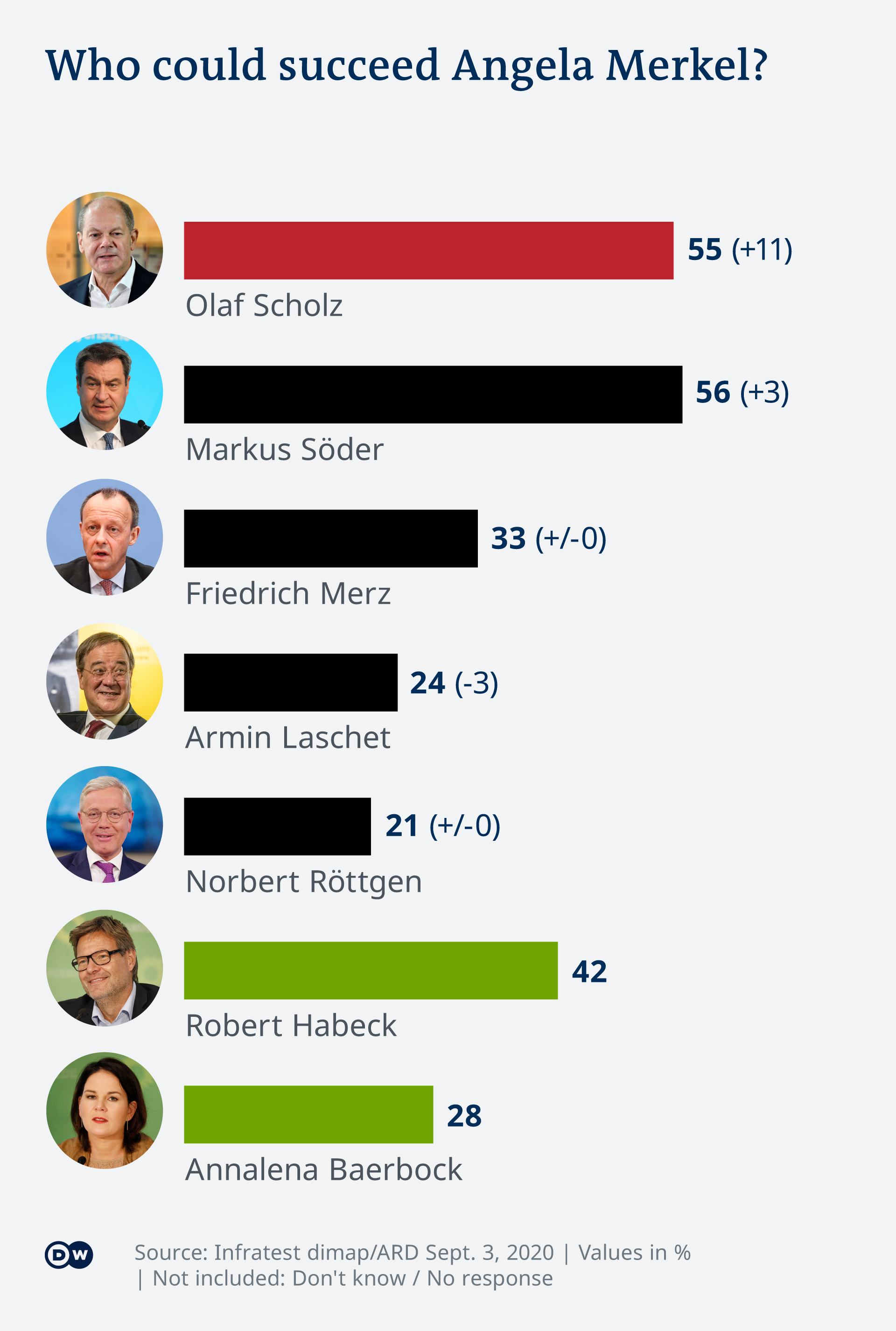 Can the party prove its mettle in a crisis?

Times have changed since the party's last outing in government, between 1998 and 2005. Back then, it was the junior partner of the SPD and seen as a left-wing path-breaker that nearly always had to operate from a minority position.

Today, it holds the reins of power in several federal states and has credible experts in all fields of politics. It also feels that its instincts have been confirmed by the COVID-19 crisis. When the emergency abates, the need to reform business, society, and our culture, in general, will be top of the list.

The party must hold its nerve in these difficult times, as Europe sees a resurgence in nationalism and populism, the pandemic underscores the growing gap between rich and poor, and the European Union threatens to crumble beneath its feet. A jumpy government is the last thing that is needed.

It would appear that the party leadership has grasped. Whether it can turn those findings into reality is anybody's guess. But the organization once regarded as the "anti-party party" has never had a better opportunity.