German Green party leader Annalena Baerbock has tweeted her apologies after suggesting that the chancellor's trembling may have been caused by climate disruption. Germany is currently in the middle of a heat wave. 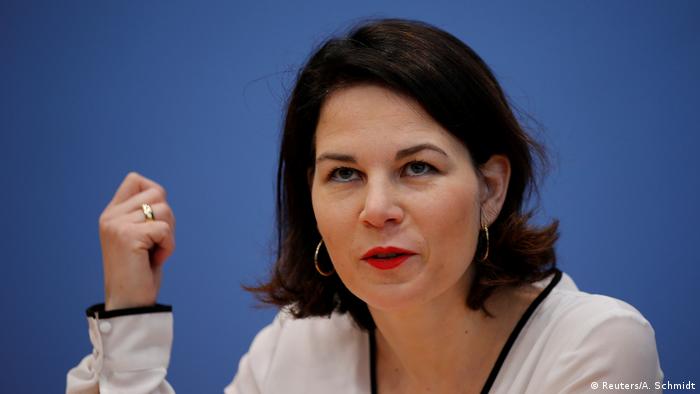 During a press conference in Berlin on Friday, at which the German Greens were presenting their climate protection plan, Baerbock said, "regarding the hot temperatures, we can see from the chancellor it is clear that this summer climate has health consequences."

The Green party leader then mentioned her recent trip to Iraq, where temperatures have reached 48 degrees Celsius (118 degrees Fahrenheit). If such heat ever hit Germany, she said, "anyone who stands in the sun for an hour would get shaky." "The heat doesn't stop for chancellors either," she added later.

On Saturday morning, Baerbock took to Twitter to apologize for speculating on the causes of Merkel's two episodes.

"This statement was a mistake," she wrote. "I have apologized to the chancellor. I thoughtlessly made a connection that doesn't exist. The context of my statement was the question from a journalist whether the state of the chancellor's health made new elections more urgent. I wanted to say a clear no and refer to the heat. That went very wrong."

German politicians have been careful not to speculate on the possible causes or political consequences of the two incidents, eight days apart, when Merkel was seen shaking in public.

The first occurred on a hot day, watching a military band alongside Ukrainian President Volodymyr Zelenskiy outside the chancellery. At a press conference afterwards, the chancellor said she was mildly dehydrated and had felt fine after three glasses of water.

The second incident happened on Thursday at a farewell ceremony for outgoing Justice Minister Katarina Barley in the presidential palace Bellevue.

The chancellor has not missed any official appointments and flew to Japan on schedule on Friday to attend this weekend's G20 summit. Asked about her health in Osaka, Merkel said, "I am convinced that this reaction will go just the way it came up. I have nothing special to report. I am fine."