Germany's Greens have chosen lawmakers Annalena Baerbock and Robert Habeck to lead the party. The vote comes as former co-chairs Cem Özdemir and Simone Peter step down from their positions. 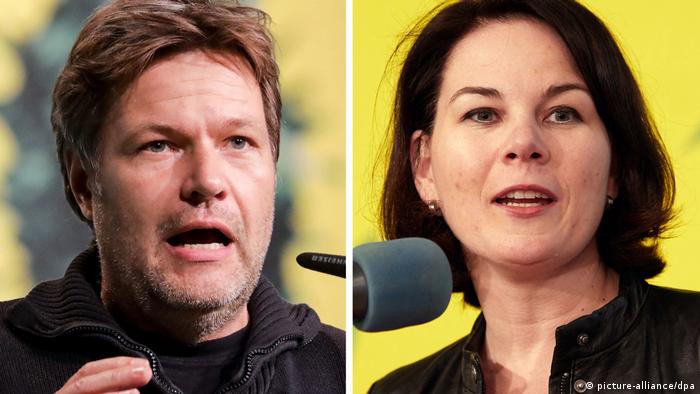 German lawmakers Annalena Baerbock and Robert Habeck were chosen as the new leaders of the Greens at the party's convention in the northern city of Hanover on Saturday.

In their own words

Baerbock demanded "radicalism" from Green party members at the convention in order to do more in combating climate change.

Habeck said that under his tenure, it will be "our time" to advance the party's politics.

Peter said on Friday that the Greens need to position themselves against a "conservative revolution" in upcoming regional elections. She also told DW she was ready to leave her position, "For a long time, I have been prepared for this coming to an end; so it's good."

Özdemir told party members that the Greens will remain a "center-left force" that takes its "responsibility seriously."

Should the ongoing grand coalition talks between Chancellor Angela Merkel's conservative Christian parties and the Social Democrats fall apart, Greens parliamentary group co-leader Anton Hofreiter told DW that his party would be ready to step in. "If these coalition talks fail, the Greens are prepared to get involved, but it is highly unlikely the CDU and CSU will form a minority government with us," he said. 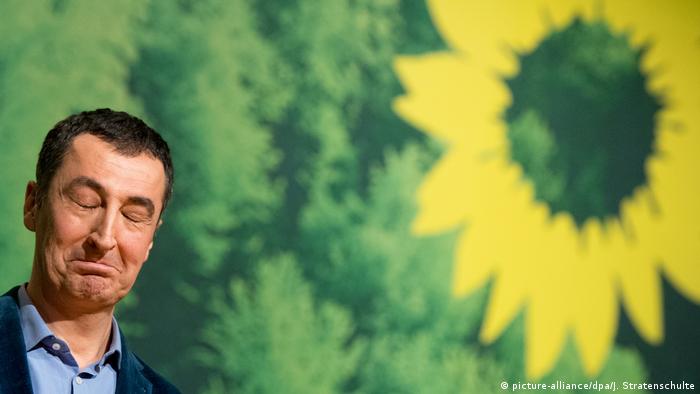 Cem Özdemir has served as co-chair since 2008

How did the Greens do in Germany's last elections? The Green party gained 8.9 percent of the vote in September's general election. The party was part of Merkel's attempt at forming a so-called Jamaica coalition government, along with the Free Democrats (FDP). However, talks collapsed when the FDP walked out.

What happens next? Baerbock and Habeck will lead the Green party as it positions itself as an opposition party in the Bundestag while trying to strengthen its position in regional legislatures.