The number of refugees in Greece is rising again — and the living conditions are miserable. This shows the halfhearted nature of the EU's policy toward asylum-seekers, writes Jens Thurau. 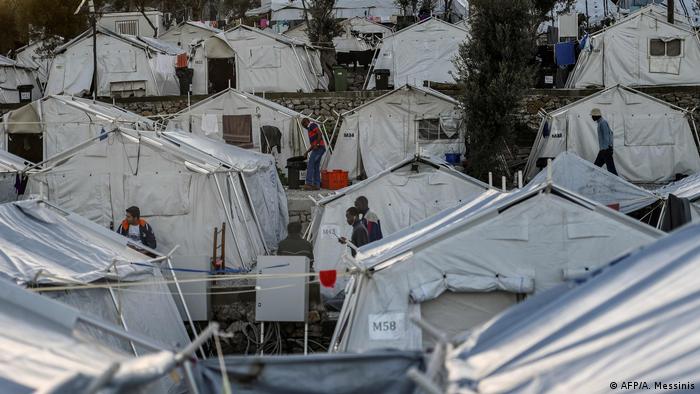 Anyone trying to understand the guidelines of the European Union's refugee policy needs to take time to read or listen with care. It's complex. It includes agreements with partners who aren't always predictable, like Turkey; it asks individual member states — Greece, for example — to assume burdens that often prove to be too heavy.

Above all, though, the EU policy toward asylum-seekers follows one main principle: to prevent, wherever possible, people fleeing from Africa, Syria, Afghanistan from arriving in Europe , and to build walls as high as possible in order to keep them out. Yet at the same time, many EU countries want to continue to be seen as strongholds of humanity and human rights.

Jens Thurau is based in Berlin

German Interior Minister Horst Seehofer is currently addressing the consequences of this halfhearted approach. His hastily planned emergency trip to Turkey and Greece ended on Friday.

Recently, the number of refugees on the Greek islands has started rising again, and the conditions they live in there are miserable. Furthermore, Turkey has openly expressed its displeasure over the poor administration of the 2016 deal between Ankara and the EU. As part of the deal, Turkey receives money and other concessions to prevent refugees and migrants, especially those fleeing Syria, from traveling on to Europe. The problem is that this isn't working very well — on either side.

Faced with an emergency situation in the fall of 2015, German Chancellor Angela Merkel opted for an open Europe. Refugees in Hungary were being compelled to hold out in intolerable conditions, and Merkel decided to allow them to come to Germany. This went against the EU regulation that says people must apply for asylum in the country where they first set foot on European soil. Since then, though, the German chancellor has also assisted, little by little, in shutting down the migrant routes to Europe and aggravating conditions for asylum-seekers.

Essentially, this is being done out of pure fear: fear of possible upheavals in European societies, and of the right-wing populists in all the EU states. In some of these countries, these politicians have already been in power for quite a while. The EU's asylum policy, and those of the majority of its members, is predominantly defensive. For years now, the EU has been unable to agree on a system for the fair and sensible distribution of refugees — who usually arrive in the countries bordering the Mediterranean, such as Greece and Italy — across all the EU states. There's no sign that this will change in the foreseeable future.

Europe — at least the core EU states such as Germany, France, Belgium, the Netherlands and Scandinavia — want a clear definition of the bloc as a continent of immigration, and are looking for specific limits and clear rules for distributing the burden, to which all countries would then adhere. First and foremost, though: humane treatment is needed for all the people who reach the continent. Aid organizations say that around 4,000 refugees in Greece are unaccompanied minors — an indictment of the whole of the EU.

In a world where fewer and fewer rules are still observed, Europe must — despite Brexit, despite Donald Trump — find a way to return to its values. This doesn't mean randomly opening up the continent to refugees from all over the world. But one of the core tasks for new EU Commission President Ursula von der Leyen will be ensuring that the EU's refugee policy becomes braver and more reliable — and not allowing herself to be driven by the populists.

Philippines: News site Rappler ordered to shut down 31m ago

Opinion: Can the West wean India off Russia's influence? 14h ago