NATO's top commander in Europe, Philip Breedlove, made the claim about the migration crisis during US Senate testimony. He also warned lawmakers that Russia posed a renewed existential threat to the US and its allies. 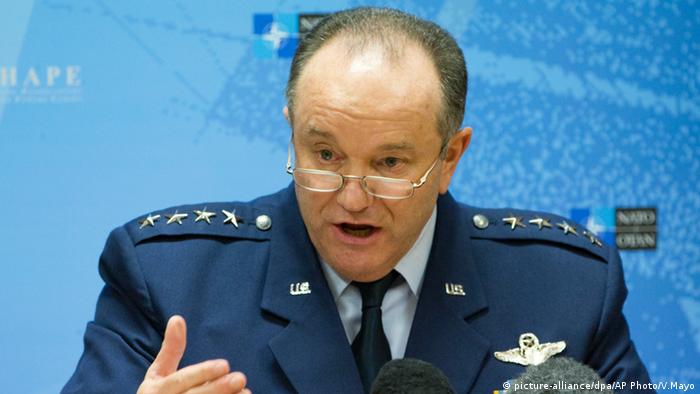 NATO's top general accused Russia and Syria of fomenting a mass exodus of refugees as a "weapon" against the West.

Philip Breedlove, the supreme allied commander in Europe for the 28-member military alliance, told US lawmakers on Tuesday that the mass bombing of civilian targets appeared to serve no other purpose than to weaken Europe by creating a massive, and continuous, wave of people desperate for food, shelter and safety.

"Together, Russia and the Assad regime are deliberately weaponizing migration in an attempt to overwhelm European structures and break European resolve," Breedlove told the Senate Armed Services Committee. 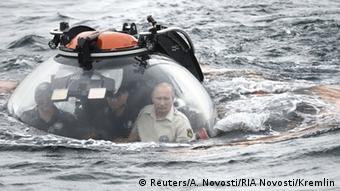 Breedlove pointed to Russia's six-month air campaign and the Syrian government's use of barrel bombs against civilian targets as proof that the two countries are simply trying to create a mass displacement of people.

He added that the refugee crisis further served to distract Western powers from the root cause of the crisis, as they grapple with huge numbers of arriving people.

"These indiscriminate weapons used by both Bashar al-Assad, and the non-precision use of weapons by the Russian forces - I can't find any other reason for them other than to cause refugees to be on the move and make them someone else's problem," Breedlove said.

Russia poses 'threat' to US

The four-star general also warned lawmakers that Russia poses a renewed threat to the United States itself.

"Russia has chosen to be an adversary and poses a long-term existential threat to the United States and to our European allies and partners," Breedlove said.

"Russia is eager to exert unquestioned influence over its neighboring states in its buffer zone... so has used military force to violate the sovereignty and territorial integrity of Ukraine, Georgia and others, like Moldova."

However, a ceasefire agreed by many of the warring parties in Syria went into effect at midnight on Friday in Syria. Despite some violations, the guns have mostly been silent for the past four days. Still, the situation remains tenuous, according to a US State Department spokesman John Kirby. 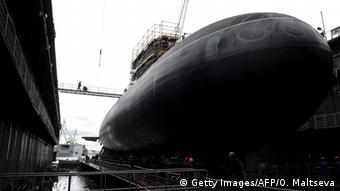 "Over the last 24 hours, we have not been apprised of any claims of any additional violations of any significance," he said. "It's a very fluid environment, and we're just going to keep monitoring as closely as we can."

Nearly 100 rebel groups signed on to the ceasefire, but at least two groups were not invited to sign: the self-proclaimed "Islamic State" and the al-Qaeda-backed Nusra Front.

The ceasefire does not apply to territory held by the Islamic State group and the al-Qaeda-affiliated Nusra Front, and the US continues to launch airstrikes against them.

More than 270,000 people have been killed in Syria since civil war broke out five years ago.

A German child protection group has called on President Joachim Gauck not to sign Chancellor Merkel's latest measures to tighten asylum law. The two-year suspension of family reunification will harm children, they say. (01.03.2016)

State officials can direct refugees to live in certain places, the European Court of Justice has ruled. Judges ruled in a case involving two Syrians in Germany who claimed they had the right to move freely within the EU. (01.03.2016)