The UNHCR has warned that Europe is on the cusp of a self-induced humanitarian crisis. Reacting to the situation in Idomeni, the refugee agency said the tensions building up on the continent could fuel more violence. 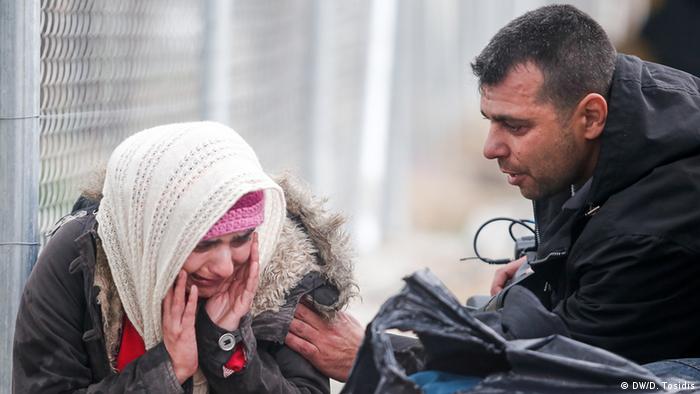 The United Nations High Commissioner for Refugees (UNHCR) urged all member states of the European Union to increase and improve coordination to better deal with the ongoing refugee crisis.

The agency called for better planning and accommodation for some 24,000 migrants trapped in Greece, including 8,500 at Idomeni.

Tensions are rising in Idomeni with refugees - mainly from Syria and Iraq - having been stranded between Greece and Macedonia for weeks.

Clashes broke out between migrants and the police on Monday when refugees hurled stones and tried to break down a fence, demanding they be allowed to continue their journey to western and northern Europe.

"Europe is on the cusp of a largely self-induced humanitarian crisis", the UN refugee agency's spokesman, Adrian Edwards, told a news briefing on Tuesday.

"The crowded conditions are leading to shortages of food, shelter, water and sanitation. As we all saw yesterday, tensions have been building, fuelling violence and playing into the hands of people smugglers," he said.

Austria and countries along the Balkans have imposed restrictions on refugees attempting to enter their borders, which has caused a blockage in Greece and southern European countries.

The EU states have so far pledged 1,539 spaces and have relocated only 325 people despite committing to take in at least 66,400 refugees from Greece, Edwards added.

According to the UNHCR, more than 131,000 migrants and refugees - a higher number than the first half of 2015 - have reached Europe from the conflict-marred Middle Eastern countries this year. Some 122,637, mostly fleeing the conflict in Syria, have landed in Greece via the Mediterranean.