A German child protection group has called on President Joachim Gauck not to sign Chancellor Merkel's latest measures to tighten asylum law. The two-year suspension of family reunification will harm children, they say. 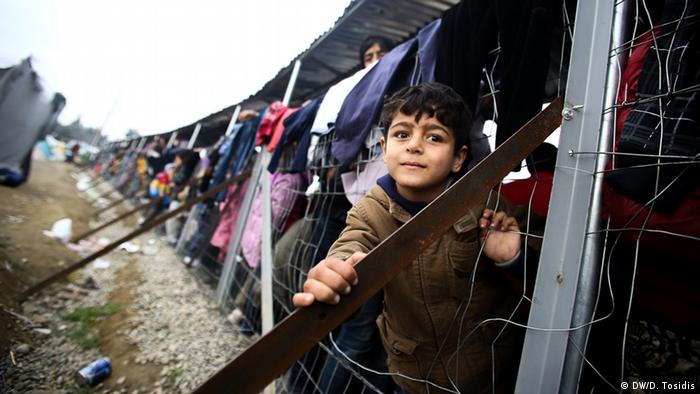 "We ask you kindly not to sign this law," Hilgers wrote in the letter to Gauck, condemning in particular the paragraph that puts a two-year block on the right of refugees coming from a warzone (but who are not under what the government considers direct personal threat) to bring their children to Germany. The law was passed by both houses of the German parliament last week, but as head of state, Gauck's signature is necessary for it to come into effect - though such a move would be extremely rare.

The letter, published on the DKSB website, argued that this part of the law violated the German constitution, which enshrines marriage and family, as well as a clutch of United Nations and the European Union agreements.

"Family unity is the most important thing for children during a war," Hilgers wrote. "A forced separation over a long period leads to serious connection and relationship disruption." He also said it would likely impair the will of refugees to integrate. 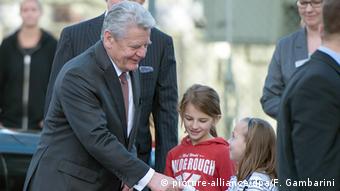 Gauck's signature is necessary to pass the suspension on family reunification

"The life and limb of these children and young people are under threat in these war zones," DKSB director Paula Honkanen-Schoberth told DW. "So they should enjoy total protection. One of the best protection factors are those of the family and parents."

Hilgers also argued that the measure would do nothing to further the purpose of the "Asylum Package II" - to reduce the number of refugees. "The opposite will be true: women and children, especially in Syria, will see themselves now forced more than ever to make the often life-threatening journey to Germany or Europe," Hilgers wrote.

Up until now, refugees whose asylum has been recognized have had the right to bring their spouses and children - though no other family members. The suspension of that right was one of the most contentious elements of the new package ever since it was agreed by Germany's coalition government at the end of January.

The actual numbers involved are somewhat unclear, however. Last October, a secret government paper was leaked to the press predicting that anything up to seven million refugee family members could come to Germany as a result of the reunification program - based on a simple multiplication of the one million who arrived in Germany in 2015, and what it called the "typical family structures" in the Middle East.

That figure was quickly discredited though - critics pointed out that many refugees bring their families along in the first place, and that many were unmarried men who did not have children. The German Foreign Ministry, which processes visa applications for family members, said in October that since 2014, a "low five-figure sum" of Syrian refugee family members had been brought to Germany via the program.

The opposition parties also expressed their outrage about the new measure. Simone Peter, co-chairwoman of the Green party, said that it meant the "thumb-screws of asylum policy were being turned tighter," Left party leader Sahra Wagenknecht tweeted that the government's new asylum restrictions amounted to an "economic stimulus package for human traffickers."

Several other refugee organizations also condemned the measure, including Pro Asyl, which signed a joint statement with the association of psycho-social centers for refugees and torture victims (BAfF), Medico International, and the Federal Association for Unaccompanied Minor Refugees (BumF).

Even members of the government have voiced their concern about preventing family reunification. Family Minister Manuela Schwesig, of the Social Democratic Party, said that children can be vital to integrating refugee families. "Children have a high integration capacity," she said in mid-January. "They are quick to settle into kindergarten and school and build bridges for their families." 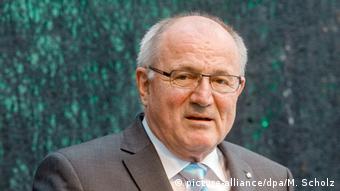 But the conservative element of the government's position is also understandable given the anti-refugee political climate dominating Germany. Not only this, there have been many reports that local councils are struggling to find accommodation for the thousands of refugees entering the country (though a recent survey by public broadcaster ARD found that only six percent considered themselves overstretched).

Not only that, in a survey published this week, some 89 percent of Germans wanted to see some kind of restrictions on the influx of refugees. In the face of that, it seems obvious why Merkel should try and reduce the number of refugees entering the country in any way she can.

"Of course one can understand the perspective of the local councils to some extent," said Honkanen-Schoberth. But she argued that preventing the reunification of families is the wrong way to begin cutting down numbers - not least because it is unlikely to produce results quickly. Most refugees have to wait months to get official asylum status before they can even begin to consider applying to bring their families.

"The values of a society show themselves in times of crisis," said Honkanen-Schoberth. "That's when human rights need to be respected more than ever."

German Chancellor Angela Merkel's approval ratings have risen, however, an increasing number of Germans are dissatisfied with her refugee policy, according to a survey conducted by the ARD broadcasting network. (01.03.2016)

Opinion: With no Plan B, Merkel remains steadfast on refugee policy

Many Germans say Angela Merkel’s refugee policy is a failure. But the chancellor is defending her position. And the last word has not yet been spoken, says DW’s Barbara Wesel. (29.02.2016)