Migrants have no right to choose the country in which they claim asylum, German Chancellor Angela Merkel said after meeting the Croatian PM. The chancellor once again called for a joint solution to the refugee crisis. 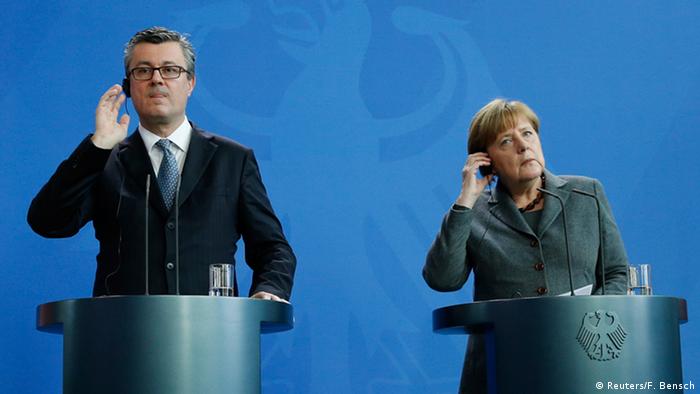 The EU should reinstate the Schengen free travel zone as soon as possible, and find a joint solution for the migrant build-up in Greece, Merkel said on Tuesday after talking to Croatian Prime Minister Tihomir Oreskovic in Berlin.

At the same time, Merkel urged EU countries to end the practice of "waving (migrants) through."

Thousands of migrants stranded at the Greek-Macedonian border need to use the systems the EU had set up to process migrants in Greece, she said.

"There is actually no right that a refugee can say 'I want to receive asylum in this specific EU state'," according to Merkel.

Some observers have drawn parallels between the latest developments in Greece and last year's crisis in Hungary, when the Hungarian government decided to close the main train station in Budapest. The move also left some 25,000 migrants stranded, prompting Berlin to intervene. In the end, they were allowed passage to Austria and Germany.

Asked if Berlin would intervene again, the chancellor said that the two situations were not comparable, pointing to EU efforts to create migrant infrastructure in Greece. She also urged Greece to protect its borders and other EU countries to accept their share of newcomers.

Stranded at the Macedonian-Greek border

Croatia might deploy the army to manage the wave of refugees, if the migrants attempt to cross its territory on their way to northern Europe, according to Oreskovic.

"If it becomes necessary to use the army, we will activate that option. It would be an assistance in easing procedure," he said in Berlin.

However, the EU member would continue to "treat refugees humanely" and seek a joint European solution, he said.

A number of countries along the so-called "Balkan route," including Croatia, announced refugee quotas last week in an attempt to stem the migrant flow. The move caused a dramatic build up at the border between Macedonia and Greece, with some officials warning that the number of stranded migrants could reach 70,000 in the coming weeks.

EU nations and Turkey are set to discuss the issue at a special summit next Monday.

From token woman to global leader. After 16 years, Angela Merkel is stepping down. What are her biggest achievements? And what has she left undone? Our guests: the Merkel biographers Ursula Weidenfeld, Ralph Bollmann and Andreas Rinke.

Angela Merkel has been Germany’s Chancellor for 16 years. In that time, she has steered the country through countless international crises, frequently crossing swords with other world leaders.