Austria has defended holding a refugee summit with West Balkan states without inviting Greece. Athens, however, has filed an official complaint with Austria, calling the meeting "nonfriendly" and anti-European. 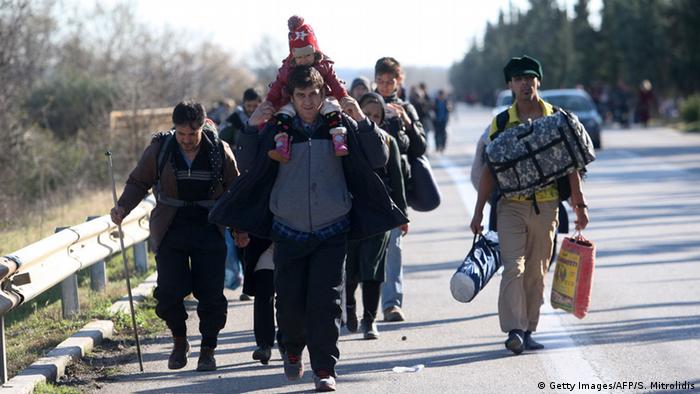 Tensions are running high between Austria and Greece ahead of Wednesday's conference in Vienna on strategies to reduce migrant flows. Leaders from nine states along the so-called Balkan route will attend the summit, but Greece was not invited.

The ministers are set to discuss such issues as managing borders and combating human smugglers, as well as improving communication on national policies.

The conference will also attempt to create unified positions ahead of Thursday's EU interior ministers meeting, an official close to the talks told the German news agency DPA.

Vienna's decision outraged Athens, which responded by filing a diplomatic protest against the "unilateral and nonfriendly" conference.

Greece's Foreign Ministry said that its exclusion meant the summit was "an attempt to take decisions in Greece's absence that directly affect Greece and Greek borders."

Macedonia's latest policy of denying entry to Afghans - who are one of the major groups of migrants - has already caused a large backup on Greece's border.

The European Commission also criticized the latest refugee restrictions along the Balkan route as unlawful and contrary to an EU-wide approach.

"We have to generally cut down on the flow of refugees," Austrian Foreign Minister Sebastian Kurz said Wednesday in an interview with the German newspaper "Bild."

Kurz also responded to criticism from German Interior Minister Thomas de Maiziere over Austria's limit of 80 asylum applications per day, while waving through another 3,200 refugees who are mostly bound for Germany.

"The interior ministers will meet on Thursday at the EU Council and are in constant contact," Kurz said. "Austria wants partnership and cooperation with Germany. Therefore, we expect that Germany will say whether or not it is prepared to take refugees and how many - or if it is no longer ready to accept them."